Blackrock is a curse word on the lips of many Vanilla faithful (including myself). So the developers though it would be a great idea to bring Blackrock Mountains back to life! And I have to level we you, after 4 years away from the place… I’m ready! Are you?

Previous to Cataclysm Blackrock Mountains was the home of some of Vanilla’s most memorable instances. You had;

If all of the above had just 2 things in common, it is this: 1. The run back to hell, was the run back from hell, and 2. This complex HAS to be one of the reasons that summoning stones were invented.

So now that Blackrock Mountains has given birth to a brand spanking new dungeon, and for the first time ever, Heroic mode dungeon.. What’s the scoop?

“Blackrock Caverns is a complex of tunnels created by Deathwing, that connects the mountain home of the Dark Iron dwarves with the Twilight Highlands, north-west of the Wetlands. It is populated by members of the Twilight Hammer.”
– wowhead

It is my assumption that from the Cinematic and the above mini intro to the dungeon, that Deathwing’s armor is infact comprised of dark iron, and the route between here and Twilight Highlands is a supply line and the home of Blackrock Caverns.

How to get there
If you are a post vanilla player of wow, or like me, have tried oh so hard to purge the memory of Blackrock Mountains from your mind, then here is a little refresher for you. Blackrock Mountians can be reached from 2 zones (it’s THAT epic) Searing Gorge, and Burning Steppes. I used to tend to come in from Searing Gorge as to prepare myself for the epic run back (which became more epic when you fell down the holes into the cauldron) Below are some maps of how to get there:

The entrance is just off of the main ring in Blackrock Mountain on the non-jumping path to Blackrock Spire. Head to the eastern side of the ring to see the summoning stone for Blackrock Spire and follow the path. As it turns north there is a blockade blocking the way. Look right to see the instance line.
-wowwiki 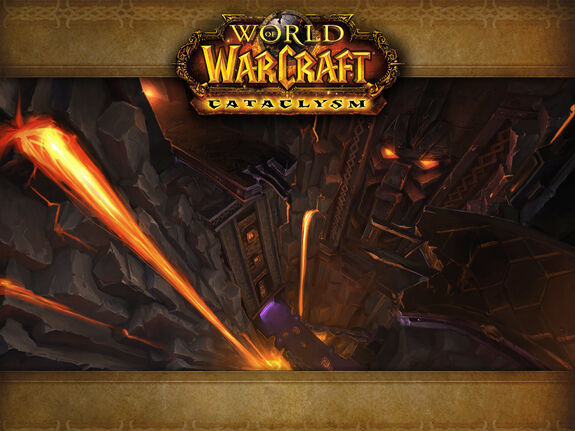 Known Quests
At this time there are Six quests for BRC. One is Exclusive to the horde, and the others appear to be for both factions.

This Can Only Mean One Thing…

What Is This Place?

To the Chamber of Incineration!

Do My Eyes Deceive Me?

Trash Stash
Here are some of the elite residents of BRC that will stand between your party, and the bosses.

The Bosses in Order of Appearance 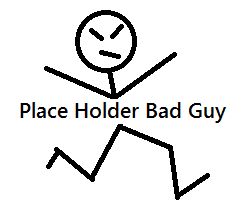 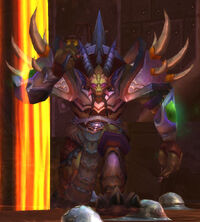 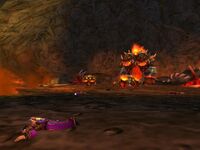 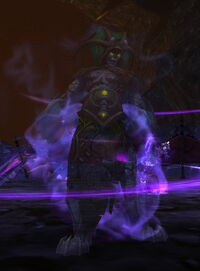 The boss fights do currently have strategy notes on them; but at this point this guide is merely a preview of what to expect from loot, health pools, abilities etc. Once cataclysm goes live I will revise this from a Preview to an Actual guide, and also eventually do a sister guide for the heroic encounter.

As this is Cataclysm content remember that all content in this guide is subject to change. I do encourage anyone who is in Beta to upload some pictures so I can replace my lovely place holder images (titters)

As usual I encourage any discussion and suggestions in the comment, as I will usually add them in should I deem it conducive.

As a bonus, with permission from Cynical Brit I have a Cataclysm Beta video walk-through.