Cyberpunk 2077: CD Projekt RED doesn’t want to do the same mistakes and takes a BIG decision for next projects

Home / Cyberpunk 2077: CD Projekt RED doesn’t want to do the same mistakes and takes a BIG decision for next projects

As CD Projekt Red has just shared its roadmap for the coming years, the Polish studio has gone into detail about the technologies it will employ in the future and how it will develop its games. After the Cyberpunk 2077 debacle, the developers are making a logical and welcome decision to prevent another failure.

Cyberpunk 2077 finally receives the honours it deserves in 2022:

Over 20 million cyberpunks have been roaming the streets of Night City – partying with Jackie and getting to know Johnny, driving around with Panam and diving with Judy, hanging out with River and listening to Kerry’s songs.

Thank you and we hope to see you all in the Afterlife! pic.twitter.com/ifFLhg6npO

But let’s remember that CD Projekt Red’s software had a catastrophic launch when it was released in 2020. Despite a decent PC version (albeit with several bugs), the console versions were barely playable at the time, especially on older machines.

After an obligatory mea culpa for CD Projekt Red in 2020, the studio has since tried to rectify the situation with patches and updates to offer an experience that better matches the initial expectations. Eventually, faced with the insurmountable task, the developers abandoned the Old-Gen versions in favour of the PS5 and Xbox Series versions, which will eventually win over the public. To avoid another similar unpleasantness, the studio has made a big decision regarding its future projects.

Originally, CD Projekt Red was a studio that focused primarily on the PC. With its exponential growth and the meteoric success of The Witcher license, the teams eventually ported their games to home consoles. The problem is that until now, developers have been testing the stability of their games directly on their development machines, a major problem when Cyberpunk 2077 was released. After the announcement of their upcoming titles, CD Projekt’s teams have decided to be more rigorous about the different versions of each of their upcoming softs, as the studio’s director of new technologies Patel Zawodyn explains in a recent interview.

“We’ll test gameplay quality on every platform from the get-go and do not only focus on the developers’ PC build.”

This information seems logical given the fiasco of the Old-Gen versions of Cyberpunk 2077, but it will at least reassure a maximum of players. But it is astonishing that a studio of CDPR’s caliber only came to realize that now, were they really expecting that everything was going to work out just fine on old consoles such as the PS4 and Xbox One which are almost 10 year old systems one could buy for 399$ in 2013, which was less than a mid-range GPU at the time. I’m sure Cyberpunk 2077 was running smoothly on the dev’s PCs, which were most likely state of the art modern gaming PCs, but to think it would then be possible to have the same game run smoohtly on old gen consoles without any sort of witchcraft prooved to be a very wild gamble you wouldn’t even dare at a HotSlots Casino.

A hopeful future for Cyberpunk 2077

So let’s say it’s water under the bridge now and given how great the game actually is once you can play it bug-free and crash-free, we can all hope they won’t ever repeat this blunder and prioritze quality over marketing and deadlines in the future Cyberpunk 2077 updates and DLCs, which will be exclusive to new gen consoles and PCs, so that’s one big step in the right direction, even though it’s sad for the players who won’t be able to afford the upgrade to better systems. 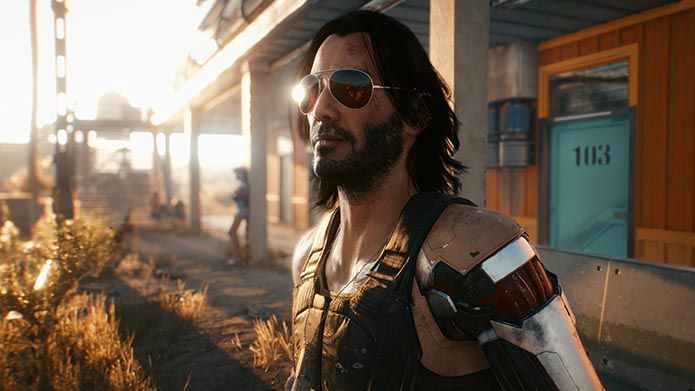 Meanwhile, the current game has been patches numerous times to fix most bugs and performance issues on ALL systems, and recently was blessed with a quality 1.6 Edgerunners Update, which brought new content in line with the new afflux of players who watched the Neftlix Show. So now is actually a great time to give Cyberpunk 2077 another shot, and trust me it is worth it, this game is a masterpiece in many ways and will scar your gamer life forever. If you want to experience all the side jobs and extract all the secrets this game has to offer, I highly recommend you give my Cyberpunk 2077 100% Walkthrough a try, it will not only get you the Platinum Trophy if you’re that kind of hunter, but also uncover all the easter eggs and all the optional stuff and hidden items scattered across the gigantic open world.