Cyberpunk 2077 Review – A Glimpse of Greatness

Cyberpunk 2077 is an action-adventure game. Set in the metropolis of Night City, each player takes on the character of a mercenary in a do-or-die battle. On this page, we will provide a full review of this game, but if you aspire to experience simpler games, then you could maybe instead play at non GamStop casinos.

Let me be clear right away: no game can ever live up to the expectations that Cyberpunk 2077 was saddled with before its release. After The Witcher 3 and dozens of articles talking about the game in mythical tones, it’s no surprise that Cyberpunk isn’t the Messiah that single-handedly takes video games to the next level as some have seemingly expected. But it’s also not fair to judge the game on that. Because developer CD Project Red shows ambition in abundance. So much so that the foundations of the game almost collapse under the endless features and details crammed into Night City. 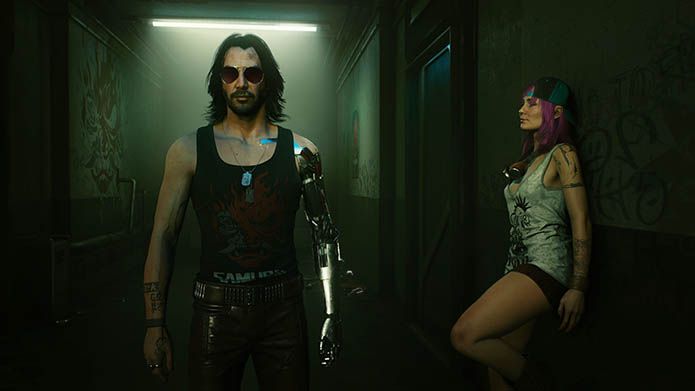 More than your character V or the memorable role of Keanu Reeves, Night City is the real protagonist of Cyberpunk 2077. Your first few steps in this metropolis are breathtaking: the streets are bathed in neon, the entire city is designed dizzyingly vertically, and in every alley, someone makes a shady deal. Even from a distance, when you see the skyline of the city while standing in a dirty oil field, it continues to attract your attention. Night City is alive and one of the most believable cities ever seen in a video game.

Unfortunately, the grandeur and bustle of the city come at the expense of technical stability. On the PlayStation 4 Pro and Xbox One X, the frame rate dangles around 15fps during rides, although indoor locations do reach a stable 30fps. On the normal PlayStation 4 and Xbox One it is completely a drama, with frame rates permanently dangling around 20fps. Some patches have improved the frame rate, but almost all passers-by disappear while driving, making the metropolis suddenly seem like a ghost town. Gone immersion. There are also bugs and glitches galore, with the big winner being a glitch in which the game continues to falter for ten seconds every so often. So there is still a lot of work to be done to get the game stable on the last-gen consoles. However, a lot has been done to improve all the technical stuff, but truth be told, if you’re on old gen consoles, you won’t be playing the real game. If you’ve got a new gen console or a decent PC, then you’re in for a treat, Cyberpunk 2077 is simply stunning. With all the bug fixes and the critical success of the Netflix Anime series Cyberpunk 2077 Edgerunners, the game saw a huge wave of returning and new players in 2022, and this time, it seems that everyone had a great experience playing the game. 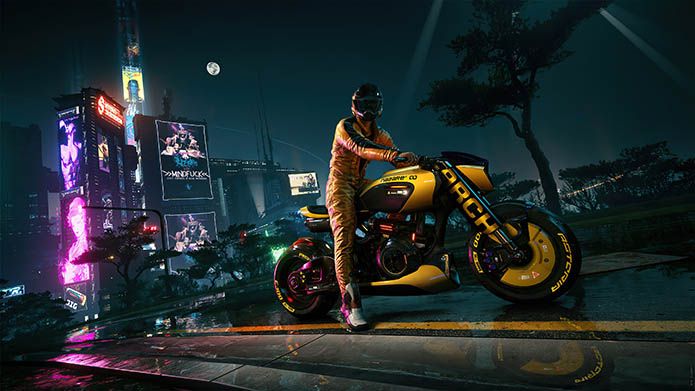 The progression also really encourages you to play the way you want and immediately forms the highlight of the design. On the one hand, you earn XP through activities to improve some major categories, such as Intelligence (for hackers) and Body (for brawlers). On the other hand, simply by using certain skills, you get Perk Points, similar to the level system from The Elder Scrolls. If you constantly use certain weapons or Skills or if you just sneak around a lot, then those categories will give you Perk Points, although you don’t necessarily have to devote those points to related Skills. The hybrid system works perfectly because it not only gives you progress in a very natural way but also remains flexible at all times. Nothing must be, everything is allowed. Specialization is encouraged but never required.

Yet it often struggles when you look for quests in Night City to gain experience. A huge number of quests come down to ‘Kill this person(s)’ or ‘Steal this item’. Moreover, these are almost never compensated by good writing. Unique, memorable stories are simply too rare. In other words, after the fifth Bounty Hunt – and there are dozens of them – in which you blast another five gang members, you’ve seen it all. The collectables are also very poorly written at times, with forced parallels between the social problems in Night City and the real world. It’s a huge step backward for developer CD Projekt Red, especially compared to how even the smallest side mission in The Witcher 3 had funny or memorable characters and scenarios. However, don’t get me wrong, there are dozens of very cool side jobs in Night City, some with some very dark vibes (there’s that side job where a death row convict decides to be crucified and to record the whole thing for everyone to experience the ultimate sacrifice), and there are some funny ones, such as walking into a diner, a robbery starts, and you just straight up talk the robbers into running away with their tails between their legs after scaring them off with some choice words. There are just so many side jobs in Night City that some of them had to be a little less interesting, but overall there is a ton of quality content, with very well done voice acting. There are even some very hidden quests and easter eggs that you will certainly miss out unless you follow a very comprehensive Cyberpunk 2077 Walkthrough. 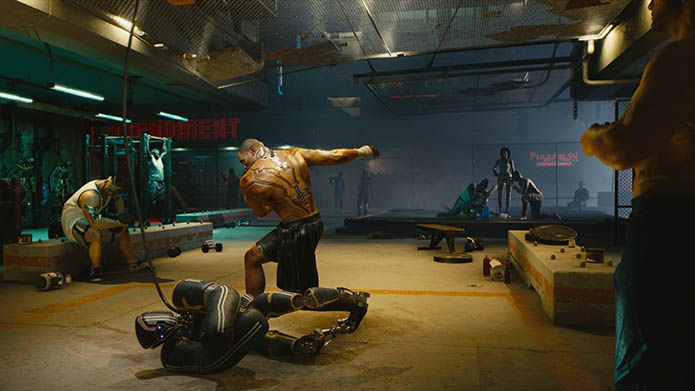 Cyberpunk 2077’s main story, on the other hand, stands in positive contrast to The Witcher 3. Despite an underwhelming start, the stakes suddenly skyrocket at the end of Act 1 and a new character changes your entire perception of Night City. The story doesn’t shy away from a portion of horror, but some well-written and -played characters ensure that it never comes across as cheap. The whole narrative is actually quite deep and has you question the meaning of life itself at times! But I won’t delve into that to avoid spoilers.

Cyberpunk 2077 is ultimately a contradiction of the beast. It’s an insanely ambitious game, with an incredible eye for detail. At the same time, the foundations groan under that ambition and ironically enough, it is the details that lack finishing. Yes, Night City is a stunning place, but it’s that grandeur that leads to a crippling frame rate and more bugs than the average slum in the north of the metropolis. Yes, the combat and progression systems are very well thought out and enjoyable, but at the same time, the optional content is sometimes disappointing. And although the main story and long side jobs make a strong impression, the numerous bizarre design choices constantly throw a spanner in the works. Cyberpunk 2077 is a diamond in the rough that could use a lot of polishing, although even now you catch glimpses of greatness now and then, and the Phantoms of Liberty expansion should definitely bring the finishing touches the game deserves to finally achieve true greatness.