CyberPunk 2077: What Can Be Said One Year After Its Release?

Home / CyberPunk 2077: What Can Be Said One Year After Its Release?

If you walk into a room filled with gamers saying the launch of Cyberpunk 2077 was a nightmare, only a few people would disagree. This remains true despite its impressive sales record. The game promised to be one of the best only to disappoint fans around the world upon its release. A year after the underwhelming release of Cyberpunk 2077, what can be said of it? Is the CD Projekt title worth the money, especially for players playing on consoles? 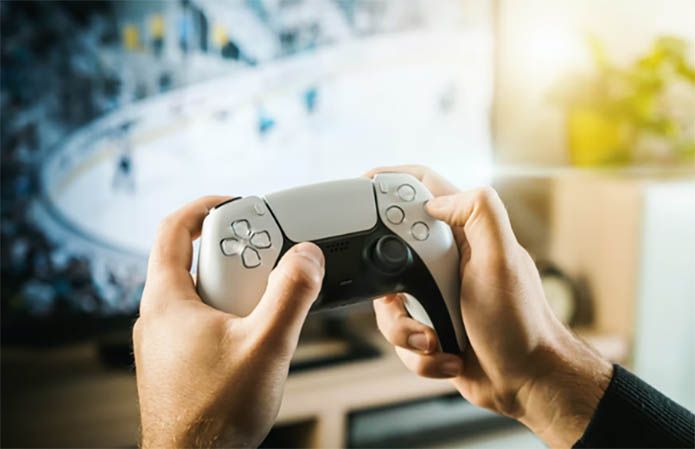 Hmm, not exactly. The game’s developer, CD Projekt Red has been busy patching the game in 2021 with the hope of fixing the game’s core issues. However, it is becoming more likely that fans will have to wait until 2022 before the game reaches its true potential. Let’s go deeper into the details of what can be said one year after the release of the game.

CD Projekt gave its fans the first view of the in-game visuals of Cyberpunk 2077 at Microsoft’s E3 2018 and then released the main gameplay some months later. During the initial showcase, fans were given a demo that broke down the game’s different systems and displayed its distinct open world. However, it was not until the next E3 that Keanu Reeves was unveiled as the main character in the game. This announcement hyped up the fandom and judging by the success of CD Projekt’s The Witcher 3, everyone expected the game to be a success. 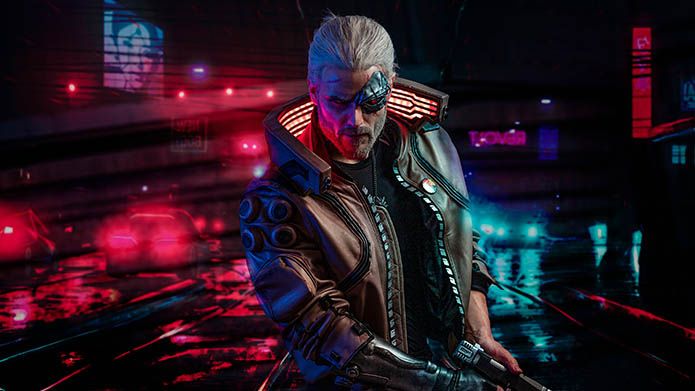 However, CDPR found several ways to disappoint its fans. These included unfulfilled promises, poor gameplay, and the overall experience just felt rushed. After several delays, Cyberpunk 2077 was released in December 2020 and it was met with both enthusiasm and concern. Platforms were only allowed to review the PC version of the game as the game developer insisted that only its B-roll could be used for the initial reviews. Hence, the platforms that had early access to the game couldn’t mention the issues in it and no one knew what the console performance was like until it hit stores.

The target consoles for Cyberpunk 2077 were PS4 and Xbox One and its performance on both systems was woeful. Though it was intended for 30fps at 1080p, it dropped hard on the two fronts on all systems. Cyberpunk 2077 was running poorly most times and when it wasn’t, it kept bugging during quests and this prevented gamers from progressing further. 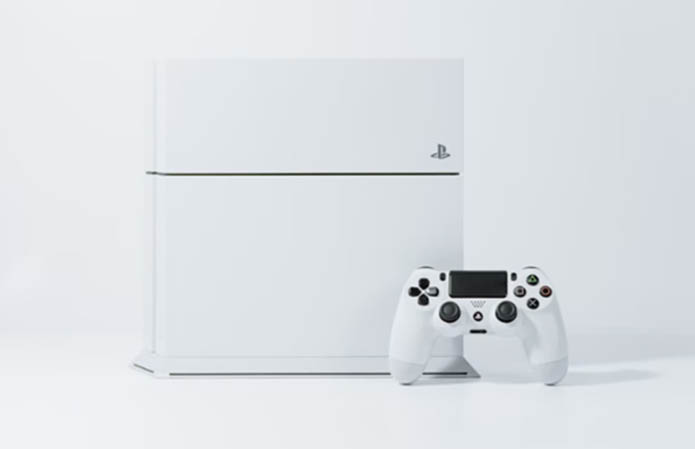 Even worse, Sony had to take the game out of its PlayStation store and this was something extremely unusual for a major AAA game. Microsoft, on the other hand, didn’t remove the game from its store but it offered refunds to its customers. Even after the readdition of Cyberpunk 2077 to the PlayStation Store, a warning was attached to notify players of its trouble.

By mid-2021, the game became available on PS5 and Xbox Series X|s consoles through backward compatibility. We discovered that the game’s performance improved on newer systems, targeting 60fps and not dropping significantly. However, we would like to note that this improvement was majorly due to the advanced hardware in the new consoles rather than an improvement in the game itself.

No excuse can be made for the poor performance of Cyberpunk 2077, especially as its mechanics appear to be a decade old. It attempts to innovate upon outdated systems and fails to deliver something fresher or more enjoyable than what older games offer. You can have more fun at Aristocrat pokies online Australia. Mass Effect had better relationships with NPC’s. Over a decade ago, GTA successfully troubled the streets and challenged the police. How about a game that allowed players to explore a unique, vast world? Try The Witcher 3, the previous release from CDPR was much better. Cyberpunk 2077 wants to be a next-gen title, but it’s held back by last-gen gameplay.

A year after the underwhelming release of the game, fans are still hoping the issues can be rectified by CD Projekt through patches. CDPR has continuously released smaller patches and more significant updates to put things in order. The last patch was released in September and it provided visual fixes and quest updates. 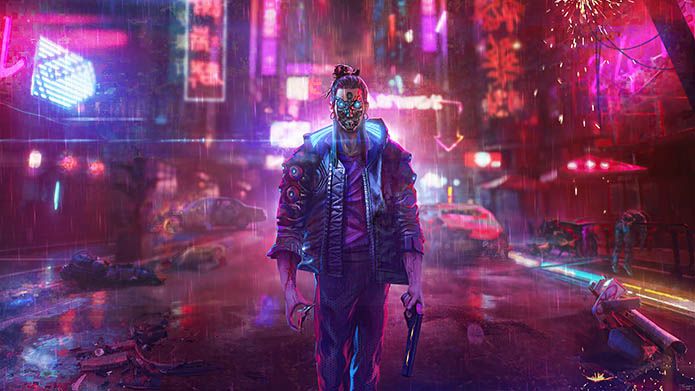 However, Cyberpunk 2077 won’t get any new updates in 2021. A report from CD Projekt stated that the developer would be delaying the release of free DLC and planned fixes until 2022. These updates were initially expected to be available along with the next-gen upgrade before the year runs out. We are expecting the new updates to be available in early 2022. Though no explanation was provided for the delay, we will like to note that the software company also suspended the next-gen upgrades of Cyberpunk 2077 and The Witcher 3.

Additionally, the game’s last major update was Patch 1.3 which was released in August. It ushered in enormous fixes that took up about 34 GB. This patch improved the game’s balance, quests, performance, and Artificial Intelligence. It also came with the long-awaited first batch of free DLC. These included a new costume for Johnny Silverhand (Keanu Reeves), additional jackets for V, and one new car. Though many players were unhappy with the sparse additions, the upgrade shows that CDPR remains dedicated to achieving its original vision for the game. Cyberpunk 2077 is still a long way from getting close to its potential and fans have to give the developer a little more time to deliver the necessary fixes and free additions. We also do not know what would be included in the next free DLC pack.

Hope in sight: positive reviews are pouring in

In November 25th Tweet, CD Projekt Dev Pawel Sasko thanked all Cyberpunk 2077 fans for the large amount of positive reviews the game has been getting as of late.

You can’t imagine what it means to me 🥺 pic.twitter.com/bz3xElKixT

As a lucky PC owner with a decent setup, I personnaly really enjoyed my time playing Cyberpunk 2077. I enjoyed it so much that I actually spent 1500+ hours playing the game and even wrote a Cyberpunk 2077 100% Walkthrough, and I don’t regret that choice one bit. Sure, I encountered a few bugs here and there, but not of them were gamebreaking and the game blew me away. The story telling and voice acting was the best I’ve ever witnessed in any video game, yes, even better than The Last of Us Part 2, in my humble opinion. 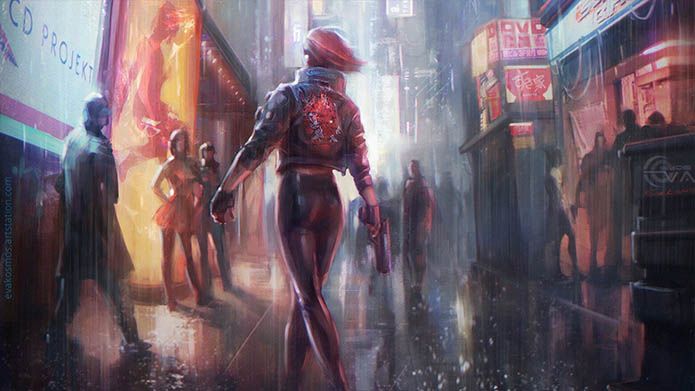 The gameplay, while not as good as promised, was a lot of fun and gave you so many ways to customize your character and as many ways to tear enemies to shreds.

So to me, the amount of positive reviews pouring in for CP 2077 simply means that the patch fixes done in 2021 are already enough to provide most players with a satisfying gaming experience. I am confident that 2022 will be the actual year where Cyberpunk 2077 reaches critical acclaim. Many fixes and game improvements are coming up, as well as a free DLC, which should help erase the bad memories of the failed launch.

Cyberpunk sold 13.4 million copies in 2020 but this number is expected to drop to 4.2 million in 2021. However, several fans are hoping that update 1.4 will finally get rid of the core issues plaguing the game. Despite the disappointments, we believe that CDPR gave its fans excellent lore-building, characters, and narrative.

The cast of characters in the game is a little smaller than that of The Witcher 3 but it is also excellent. We love the relationship between Silverhand and V while the other characters also deliver great performances. The story isn’t as long as that of other CDPR titles, however, it has several endings that are all enjoyable.