This gear guide is based on a Death Knight with the following specc : 50/0/21. In the guide I use blue gems, which aren’t too expensive and are definitely worth the money for the extra stats they provide.

With the gear, enchants and gems shown in this guide you’ll be pulling off around 3000 DPS and will have the following stats while self buffed :

Spiked Battleguard Choker
This neck can be bought from Harold Winston in Dalaran for 19 Emblems of Conquest.

Hammerhead Sharkskin Cloak
Enchant : Enchant Cloak – Major Agility
This cloak can be bought from Norvin Alderman in Dalaran for 25 Emblems of Valor.

Breastplate of the Imperial Joust
Gems : Bold Scarlet Ruby
Sovereign Twilight Opal
Enchant : Greater Inscription of the Axe
This chest can be looted from either Eadric’s Chache or Confessor’s Cache in Normal ToTC.

Bladebreaker Gauntlets
Enchant : Enchant Gloves – Crusher
These gloves can be bought from either Griselda Hunderland or Horace Hunderland in Dalaran for 28 Emblems of Conquest.

Belt of the Singing Blade
This belt can be bought from either Griselda Hunderland or Horace Hunderland in Dalaran for 28 Emblems of Conquest.

Legplates of the Violet Champion
Gems : Bold Scarlet Ruby
Sovereign Twilight Opal
Enchant : Icescale Leg Armor
These legs can be bought from either Griselda Hunderland or Horace Hunderland in Dalaran for 39 Emblems of Conquest.

Ring of Invincibility
This ring can be bought from Harold Winston in Dalaran for 25 Emblems of Valor.

Uruka’s Band of Zeal
This ring drops from The Black Knight in Normal ToTC.

Mirror of Truth
This trinket can be bought from Debbi Moore in Dalaran for 40 Emblems of Heroism.

Banner of Victory
This trinket can be looted from Confessor’s Cache in Normal ToTC.

Edge of Ruin
Enchant : Rune of the Fallen Crusader
This axe can be looted from the Champion’s Cache in Heroic ToTC.

Sigil of the Vengeful Heart
This sigil can be bought from either Aracnist Firael for Alliance or Magister Sarien for the Horde and costs 19 Emblems of Conquest. 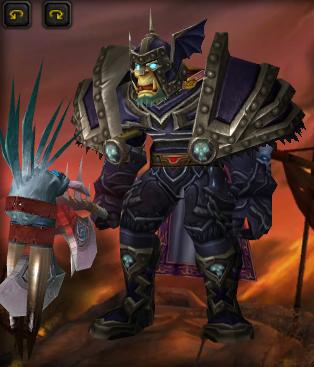