So just how many times has the addon been downloaded recently? 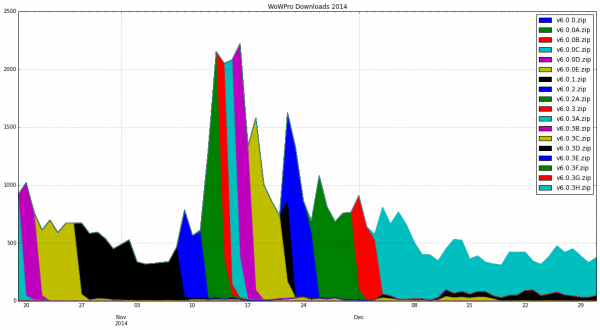 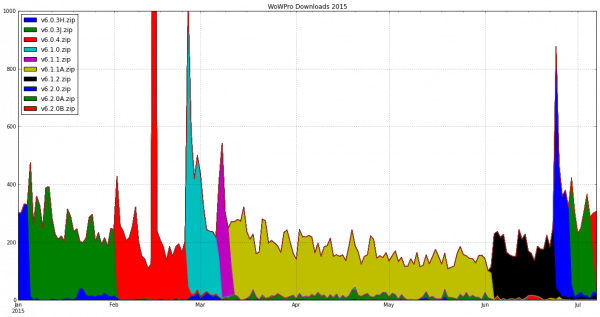 Whats is curious is the stuff at the bottom of the charts.
After a release is made, predictably, the old version drops off dramatically and the new version spikes up. But there are rather steady dribs and drabs of old software being sucked for long periods of time. I need to track down where those requests for old software are coming from. I suspect some other website is linking to ours!

The other thing that is funny is how regular the downloads are. Once the release rush is over, there seems to be a crowd that checks in periodically. They account for the 100-300 daily downloads.