Professional sports have influenced so much of the gaming world. Firm favorites like FIFA and NBA2K have built their success on the premise that you don’t need to put on your sports kit to experience the thrill of top-flight sport. In fact, all you need is a controller, and you are streaming down the left-wing and scoring a beautiful, long goal from an impossible angle. Well, if you are any good you are. Whichever genre of gaming you love, tournaments have been set up to pit the best gamers against each other. Prize pots are sizable and audience numbers are ever increasing.

eSports have been pushing at the margins of professional sporting competitions for some time now. Back in 2018 the Asian Games, while there was no official category for esports, demonstration competitions for League of Legends, Arena of Valor, Pro Evolution Soccer 2018, StarCraft II, Hearthstone, and Clash Royale were run. Last year the Olympic Games ran esports test events in Tokyo. However, the discipline has now gained official recognition and there will be medalling events at the 19th Asian Games taking place in Hangzhou, China, later this year. The games take place between the 10th and 25th of September. 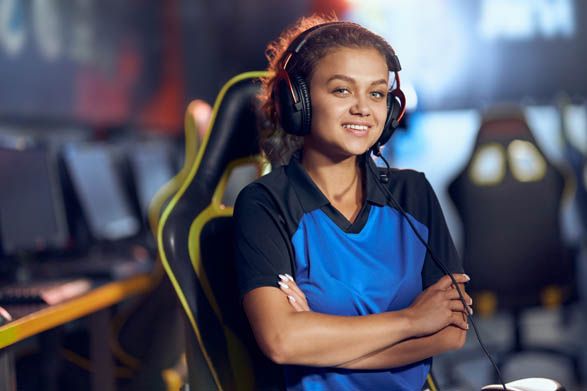 Earlier this month the selection process was announced. A tournament called The Road to the Asian Games (RDAG) is being held which will determine who can represent their county or region. The tournament will cover 45 regions and countries in Asia. It is being jointly hosted by the Asian Electronic Sports Federation and the Olympic Council of Asia. The aim is to streamline the qualifying and latter stages of the esports program that will take part at the games. It will kick off in the second quarter of 2022. Teams across the five Asian regions will compete in eight official medal events. The events are League of Legends, DOTA 2, FIFA Online 4, Hearthstone, Arena of Valor (Asian Games Version, Dream Three Kingdoms 2, PUBG, and Street Fighter V. This will result in the official Asian rankings for each event.

The Road to Asian Games will reach an audience of more than 500 million people watching elite esports athletes playing top esports titles. To date, this will be the most comprehensive electronic sports event in Asia attracting enormous audiences. Esport is big news in Asia and people enjoy placing a bet on various elements of the gameplay. According to market research company Niko Partners the global esports market is worth $1 billion. More than half of this is Asian-based. Gambling on the outcome of the esports events is not restricted to Asia and there is also eSports betting in Australia. With this category becoming increasingly popular the bookies are scrambling to keep up but all the big names like Bet365 and Unibet offer interesting odds across all types of games.

There’s big money to be made if you are a great gamer. Like any serious sport, it requires dedication and training to make it to the top. The esports men and women who become pro gamers often start in grassroots and amateur tournaments before they are talent-spotted by the bigger leagues. Once they become professionals, like professional athletes they find themselves taking on the mantle of influencers and will have strict standards that they are expected to adhere to. Esport finds itself at a crossing point between sports and entertainment and the pro gamers have star status.  The highest earner in Australia is Anatham Pham whose specialism is Dota 2 and he has earned over $6 million in prize money to date. His nearest competitor was Damien Chok who also plays Dota 2 and has cashed in nearly $2million in prize funds.

In addition to the prize money the players also have sponsorship deals. This will then mean that they are representatives of a brand and will be expected to do fan meet and greets, press interviews, and other partner initiatives. It’s a far cry from the ‘gamer in a bedroom’ image, with professional behavior being written into contracts and traveling all over the world to take part in competitions.