Final Fantasy VII Remake Part 2: What We Know So Far

When Final Fantasy VII Remake was launched in 2020, it sold more than 3.5 million copies in just three days. In June 2021, the enhanced version, Final Fantasy Remake Intergrade, was released for PS5. We now know that a sequel is on the way. Admittedly, we don’t know much about it yet. But here’s what we do know so far.

If you don’t know what FF7 Remake is, you must have been living under a rock. But if you aren’t aware of the game: it’s basically a remake of the classic 1997 PS game Final Fantasy VII. In a dystopian cyberpunk city, you control the mercenary Cloud Strife as he joins an eco-terrorist group to stop an evil megacorporation from using the planet’s life force as a source of energy. The game combines strategic and RPG elements with real-time action. There are also numerous fantastic minigames like in the original Final Fantasy VII game, including whack-a-box, darts, and Combat Coliseum. However, the famous Gold Saucer from the original game, which is a towering amusement park complete with a casino, sadly doesn’t feature in FF7 Remake. Hopefully, that will be rectified in Part 2. In the meanwhile, if you want to play casino games, you can either visit the Gold Saucer of the original Final Fantasy VII or play games like Casumo live roulette at an online casino. 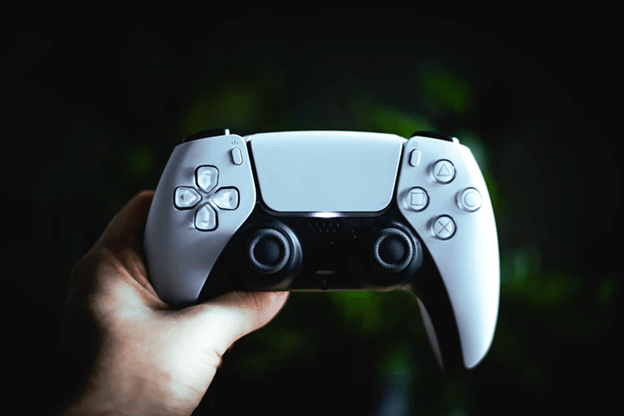 What platforms will Part 2 be on?

While platforms for FF7 Remake Part 2 haven’t yet been announced, the first part was an exclusive for PS4, so it’s highly probable Part 2 will also be only available on PlayStation. Now that PS5 is here, it looks increasingly likely that Part 2 will be exclusively available on that console.

When will Part 2 be released?

At present, there’s no news as to when FF7 Remake Part 2 will be released. But we do know that Square Enix has already built the game’s foundation. The director of the first part, Tetsuya Nomura, announced in November 2019 that work had started on Part 2.

Tetsuya Nomura has announced he won’t be directing the second part of FF7 Remake. In place of Nomura is director Naoki Hamaguchi. We should be in safe hands because he was the co-director of the first FF7 Remake. Co-directing on Part 2 is Motomu Toriyama.

What clues have the makers given about Part 2?

When Square Enix live-streamed the trailer for FF7 Remake Intergrade, Tetsuya Nomura told fans that Part 2 would pick up where the first part left off. And in an interview with Famitsu, the producer of FF7 Remake Part 2, Yoshinori Kitase said there are hints in the first game that allude to what could occur in the second part. He didn’t give much more away than that, though. However, Kitase was recently asked about the character Jessie’s role in the first FF7 Remake game. The interviewer then asked whether Jessie is actually still alive, which caused Kitase to laugh nervously before saying he couldn’t say anything about that. Some fans took his nervous response to indicate that Jessie could indeed make an appearance in FF7 Remake Part 2, but quite honestly, we simply don’t know; although we’d love it if it was true.

Despite following on from the previous game, Part 2 looks set to differ significantly from the first game according to co-director Motomu Toriyama. While the precise changes are still completely unknown, Toriyama did mention how scenes had been cut from the first part of FF7 Remake, specifically a pole dancing scene that featured in the Honey Bee Inn, so the co-director could be hinting that FF7 Remake Part 2 will have a more adult and darker vibe. But again, we’re only guessing.