This is the Part 1 of the guide on how to use git / github, covering Introduction and Installations.

This is the Part 1 of the guide on how to use git / github, covering Introduction and Installations.

WoWPro addons are developed using a control version system called git and hosted in github, a git public hosting site (I’ll explain what that means later on). Although you are definitely not required to learn git in order to contribute with WoWPro addons, it certainly wouldn’t hurt. 😉

It is mainly designed to be useful to WoWPro addon developers, allowing them an easier and more resourceful access to the project. For people out there with some programming skills, who want to contribute with the development of the addon, then this guide is definitely for you! Along with the tutorials themselves, I’ll also show some “etiquette” suggestions when using git / github.

For guide writers/coders/editors, this guide can certainly be also useful. However, just be aware that we are trying to centralize guide edits, posts and bugs on their respective community pages here on WoWPro.com. So, we ask you to not push your changes directly into the original github’s project. But even with this restriction, using git can help tremendously in your task! I’ll explain all that in the next part of the guide, as well as some “etiquette” suggestions.

For people who are reading this guide right now and have no idea what this is all about (like general WoWPro addon users), but are curious and willing to learn new things, then I invite you to also read the guide. But I won’t mind if you go somewhere else. 🙂

Also, this guide assumes Windows users, but if you have another operating system, you should be able to follow it just fine, as the git user interfaces should be similar across OSs.

There is a plethora of guides, tutorials, articles on how git will save the world, articles on how git sucks, etc on the Internet and it is not my intention to compete with them (in fact, I’ll provide several references at a later time). Partly because it wouldn’t be useful to the community here and partly because I’m not an expert on this subject! So, this guide is really just an overview of git and github, with some tutorials focused on WoWPro addon.

Let’s say you have a project composed of text files, that you continuously perform changes. Since the changes can be somewhat sensitive, you then decide to keep track of different versions of the same files, over time. The classical way is opening up the relevant, original file in a text editor, make the changes you want, and then use the â€œSave as…â€ option. Then, the name of the new file can be the original’s, plus some other identification, like a version number or the date it was created/modified.

But as the number of versions increases, it gets difficult to know what each of them actually means with just different name files. So, you could also improve this pedantic version control by writing, at the beginning of the text file, a change log, enumerating all the changes you performed in that particular version.

It works, but as you can see (for a number of reasons), this cumbersome system does not scale well with the number of files/lines, number of versions, etc. So people developed other, smart control version systems, of which git is one of them. These can perform easily all the processes described above and more! You’ll see some of the functionalities later on.

Before we get to the tutorials, there’s something else I should mention: what happens if you have more than one person working on the same project? This leads us to github…

You can do all the control version processes described above with git, in your local computer. You don’t really need to be like me, who does not remember even what he had for dinner last night, to appreciate easy access to changes / versions / comparisons in a personal project you’ve been working on, say, for months.

But a control version system really shines when more than one person is working on the same project, especially nowadays with all the open source projects and global collaboration. For that, a git project can be hosted in a server, which can then be accessed (and potentially modified), by people around the world through the internet.

Github is git hosting site, which provides interesting functionalities to project management and collaboration. You’ll learn some of them in the next tutorials.

Now let’s get on the hands-on…

Let’s start by downloading and installing git. There are several tools and interfaces that you can use to do git control version, from the blander, but more robust command lines to graphical interfaces. For this guide, we’ll use a git interface for Windows, called Git Extensions. For a complete list of interfaces, including the original one for unix/linux, check the following reference link: Git Interfaces list.

You can download the latest version of Git Extensions from here:

Or more directly, for the version as of this writing, here:

Run the downloaded file to begin the installation: 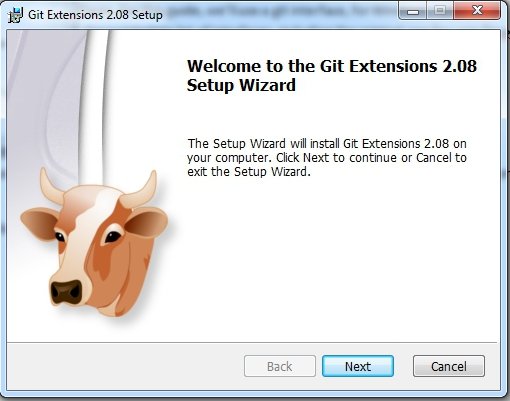 Unless you have absolutely sure you have the required softwares, check to install both of them and continue in Next: 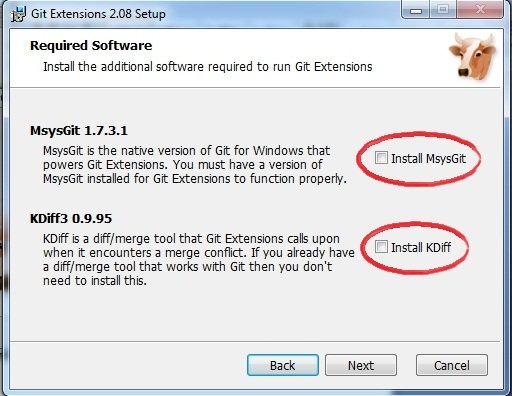 For the next step, leave the installed features as they are, just click Next. But here, let’s use Putty: 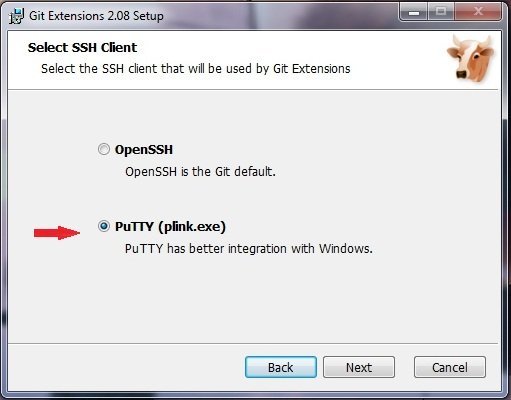 Then, just continue with the installation. At some point, it will ask you to install Git (which is actually the core’s program) and kdiff3, which you shouldn’t worry about it. For both, just use the default options as they are and keep clicking â€œNextâ€ or â€œContinueâ€.

If the installation is successful, you should see a new icon on your Windows desktop (and/or somewhere in the Windows Programs menus), that looks like… hmm… a Tauren?. Open the program Git Extensions, click â€œOkâ€ if a checklist settings window is shown, and you should finally see something like this: 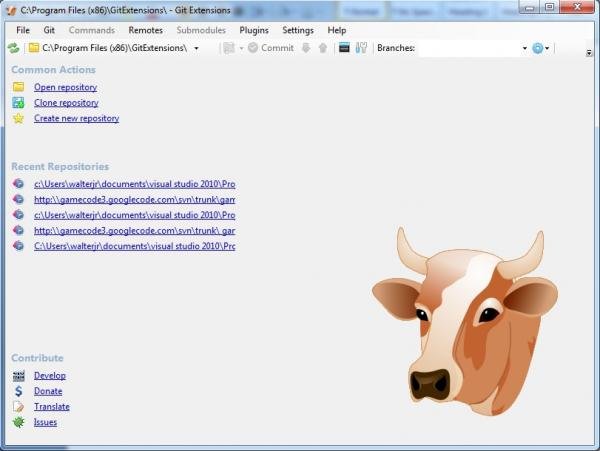 Go on github.com and click on the big, blue button. Don’t be scared about the plans, prices… for public projects such as the WoWPro addon, github is completely free, easy and quick to sign up and use. 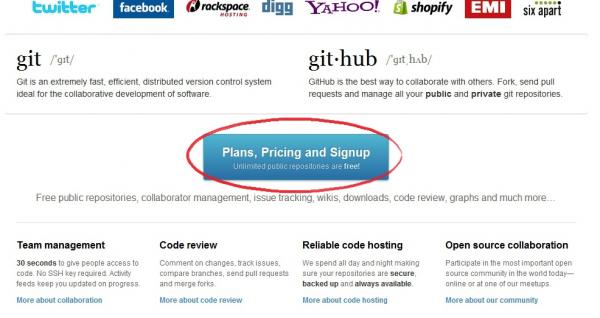 Now, choose the Create a Free Account option. Unless you already have a github account, just choose an username, e-mail, password and you’re good to go. Your github home looks a little empty right now… but we’ll fix that in the Part 2 of the guide!
Cliquez ici pour annuler la réponse.