Revenge of the Jiyas: Deathknell

Home / Revenge of the Jiyas: Deathknell

Revenge of the Jiyas is back again, and this time in Deathknell, starting area for the Undead. In case you’ve forgotten, this is a series of articles in which I speed test the WoW-Pro Leveling addon. Today I’ll be sharing the adventures of Deadjiya, the undead warrior. 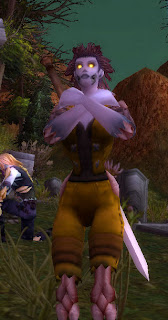 Deadjiya embraces her new
life as one of the Forsaken.
Note: The 1-5 starter zones are very quick, with levels flying by so quickly it’s hard to get an accurate measurement. Additionally, the pacing of some starting zones is vastly different than others. It will be nice to have a comparison of how long each takes, but not too much should be read into these tests. The higher level tests will be much more accurate and indicative of zone and guide quality.
Total /played at level 5.0: 22min
Deathknell(1-5): 22min
5.5 min/lvl
Previous Chapters:

I love what they’ve done with Deathknell and the rest of the undead starting area in Cataclysm. I had the privilege of recording this area’s guide the night before the Cataclysm release, and despite the rush, I really enjoyed it, and that definitely hasn’t changed. I was also pleasantly surprised by the speed at which I went through the zone. It was the second fastest time so far, losing out to Red Cloud Mesa by only 2 minutes. 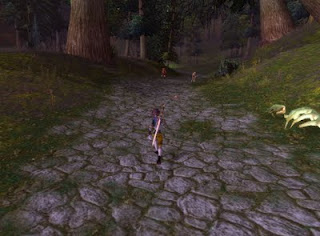 Ah, the cheery Tirisfal Glades…
The guide for this zone didn’t seem to have any issues that I could see – but as I recorded it, it’s unlikely I’ll find anything I dislike. Testing your own work is always a bit dangerous, as you don’t always see the bugs that may be obvious to others. That said, I mindlessly followed the arrows and did what the guide said, and completed everything with ease.

I do have to say that one of the quests was extremely difficult, and could probably use some tips in the guide. The final quest in which you are sent to kill Marshall Redpath nearly did me in, and I seem to recall dying to it during my first run through of the zone. Not only is Marshall himself pretty tough, but the other mobs are also quite deadly. I could easily see a newbie having trouble with the quest. So, my only change to the guide file was to add a cautionary note for this quest. 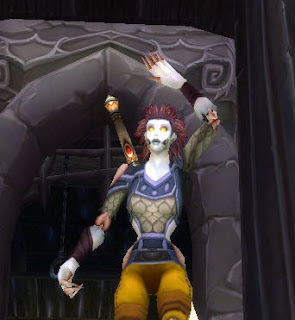 Bye for now!
I’ve updated the guide page for this section on WoW-Pro.com, and the changes will be included in the next addon update. I wouldn’t recommend trying to update the file on your own unless you are experienced working with addons. If you do decide to update early:
Next Up: Sunstrider Isle!
Jiyambi is an avid gamer, and also develops games as a hobby.
For articles about other games and the game development process,
check out her blog, the Journal of J.
Click here to cancel reply.