Revenge of the Jiyas: Echo Isles

Chapter two is here for my new series of articles in which I speed test the WoW-Pro Leveling addon! Today we’re testing the troll starting zone, the Echo Isles. Jiyatroll, the wise and powerful warrior, is just starting her days as an adventurer. 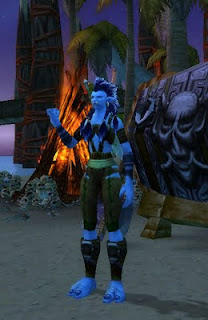 She doesn’t look too excited…
Note: The 1-5 starter zones are very quick, with levels flying by so quickly it’s hard to get an accurate measurement. Additionally, the pacing of some starting zones is vastly different than others. It will be nice to have a comparison of how long each takes, but not too much should be read into these tests. The higher level tests will be much more accurate and indicative of zone and guide quality.
Total /played at level 5.5: 28min
Echo Isles(1-5): 28min
6 min/lvl
Previous Chapters:

I love trolls. And the new starting area is just awesome. But I need to disclose something – it actually took me almost 45 minutes to do this. FORTY FIVE MINUTES. You know why? Because there is a nasty bugged quest. Sometimes, during the quest Young and Vicious, the raptor Swiftclaw will simply not spawn. I spent almost 20 minutes sitting around, assuming other people were just getting to him before I did, waiting for him to appear. Finally I went and looked it up – apparently he just doesn’t show up sometimes, and you have to abandon and re-acquire the quest. Soooo…. that’s something I’m adding as a note, so no one else has to waste 20 minutes on it! Because of this, I didn’t include those 20 minutes in the guide time. 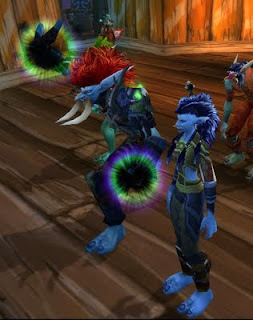 Chillin with my homie Vol’jin.
Aside from that little hiccup, I felt like this zone breezed by. It has so many fun and endearing quests, it simply destroys Valley of Trials in the fun factor. I felt like it went a lot faster than Valley of Trials, too, but the /played seems to think otherwise – they came out the same. Well, at least time will seem to go faster! 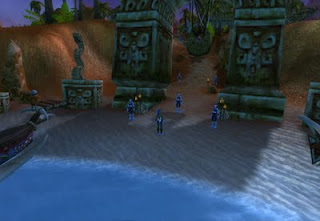 Stepping onto the mainland, and to more adventures!
I’ve updated the guide page for this section on WoW-Pro.com, and the changes will be included in the next addon update. I wouldn’t recommend trying to update the file on your own unless you are experienced working with addons. If you do decide to update early:
Next Up: Red Cloud Mesa!
Click here to cancel reply.