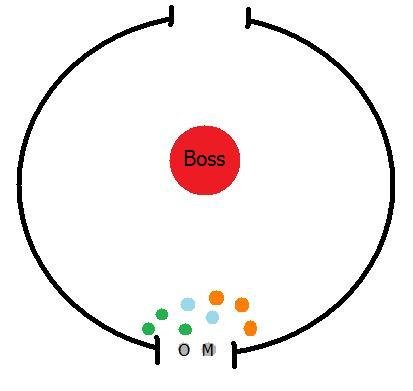 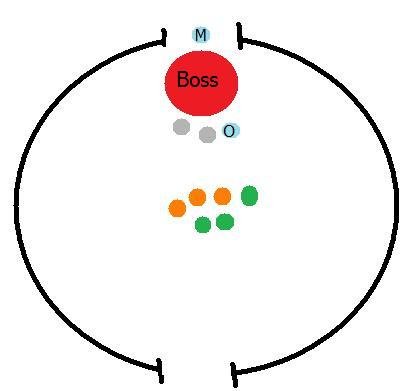 Let the maintank tank him towards the group at the end of the room. Only the maintank may face the boss so everyone; stand behind (casters and healers in center, melee dps and offtank just behind. Sometimes the boss will cast *Impale* which will throw you up in the air and take around 4k damage. 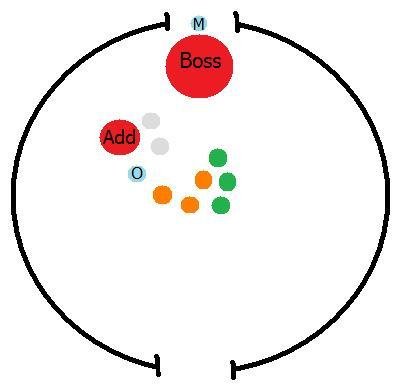 After a while, the boss will spawn a Crypt guardian (a yellow warning will appear on your screen). Offtank need to pick the add up and melee dps and caster dps need to kill it. When the add is dead, then back toPhase 1 Part 1.

NOTE: Sometimes also scarabs spawns, offtank need to get control and should be nuked down by AoE spells. 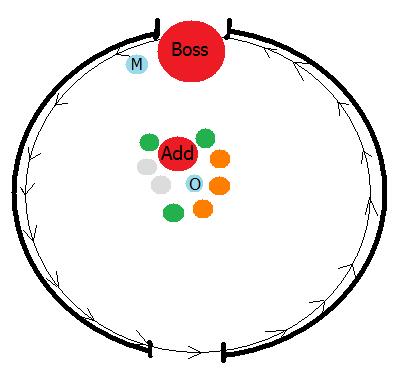 The boss will cast a spell called *Locust Swarm*, you must be quick as melee dps and offtank to move to the center (also casters and healers should if they are outside). If you aren’t in the middle, you won’t be able to cast any abilites or spells! The maintank now need to kite him around along the edge like shown on the map, until *Locust Swarm* disappears. (Make sure that the maintank is so close to the wall that he touches it). When the *Locust Swarm* is over go back to phase 1 part 1. 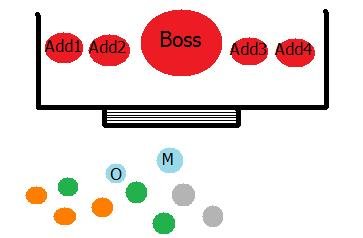 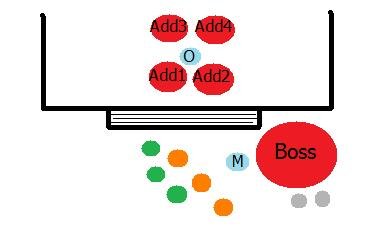 Start off by letting the offtank get aggro from all the 4 adds and DO NOT attack them (it’s very important that the offtank doesn’t kill the adds).
All DPS’s just tank and spank on boss, if the healers are well geared, dont worry about the firerain, if they aren’t geared and can’t keep high healing power up all should try to move out of the firerain. The boss will random cast a *Posion bolt Volley*. This spell can either be dispelled or the healer can just heal the person that gets the *Posion bolt Volley* (dispelling is prefered). Remember to tank the boss close to the adds. 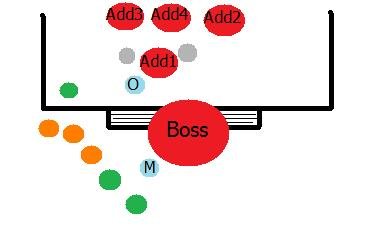 When she enrages, all dps must be quick and kill ONE add, not more. When the add is killed, the enrage will dispell. Note that the boss must be close to the platform (on the stairs) when she enrages. If not, the dispell may not work! After enrage is dispelled, back to phase 1. 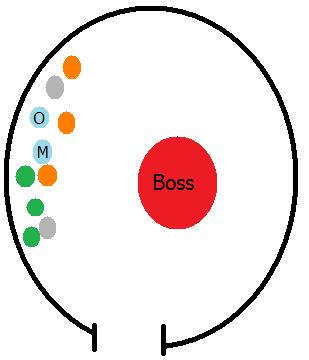 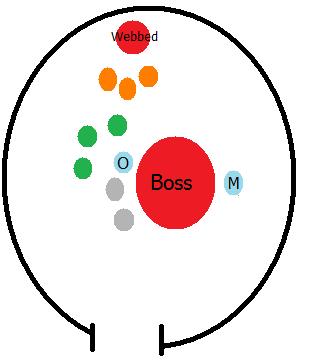 Start up with full nuke on the boss until the boss casts a web over a random target. Now, the ranged dps must kill the web before the player inside the web dies (it’s prefered to have AT LEAST 2 ranged dps). The melee DPS shouldn’t focus on killing the webbed – just continue attacikng boss. Note that the webbed can be healed, so one of the healers – keep an eye for the webbed. The boss also got a annoying debuff which need to be cleansed. 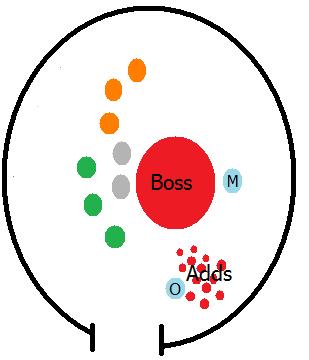 The boss will also cast a stun to all in 3 seconds, make sure that the healers got all HoT heals on the maintank.
Sometimes, the boss will spawn lots of small spiderlings. The spiderlings need to be tanked and killed by the offtank. When the boss hits around 700k HP, the boss will go into a frenzy which will increase its damage alot. Healers should focus extra much on the maintank, ‘specially on the stun waves. Another strategy can be to wait taking the boss down to enrage before web stun close to. The pop all all cooldowns to the last 700k HP.