What is the Elden Ring exactly? 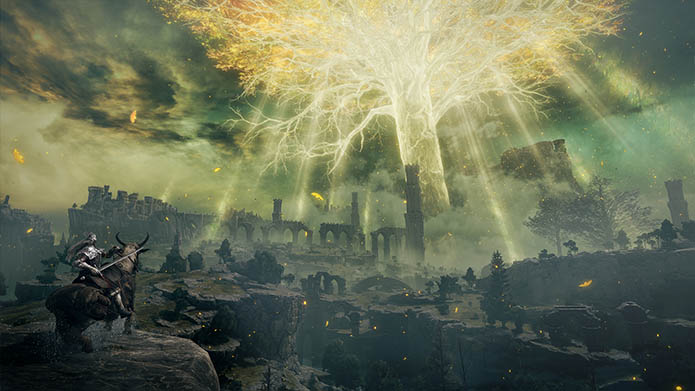 Although we are not entirely sure if the Elden Ring actually has a physical form, it is mentioned that it was « Shattered » in different parts, also called « Great Runes« , which makes you think about The One Ring from Lord of the Rings, which also add inscriptions carved in.

So The Elden Ring has been shattered into fragments, also known as Great Runes. This Shattering happened during a major event, we don’t know exactly what happened, but it’s certainly bad news. Despite the Elden Ring being shattered, its « will » or « Grace » still persists and choses us to try and restore The Elden Ring to its former glory.

So we embark on a quest to collect these Great Runes and restore the Elden Ring. In doing so, we will become The Elden Lord, and save the world, or plunge it further into chaos if we turn bad just like Sauron? There will probably be different endings, good and bad, as it is always the case in FromSoftware games.

But nobody says its better than the man himself, Hidetaka Miyazaki:

« The Lands Between are blessed by the presence of the Elden Ring and by the Erdtree, which symbolizes its presence, and this has given grace or blessing to the people throughout the land, great and small. What this represented in them is this sort of golden light, or this golden aura, that’s specifically shown in their eyes. And this symoblizes the blessing or the grace of the Erdtree. However, after a time, there were some individuals who lost this grace, and the light faded from their eyes. And these are what are known as the Tarnished ».

Well, if that’s already too much complicated lore for you too handle, take a break and go play some luck based games at www.casinoclic.com/fr ! Or don’t… and keep on reading because we’re about to talk about ourselves 😉

Who are we exactly? 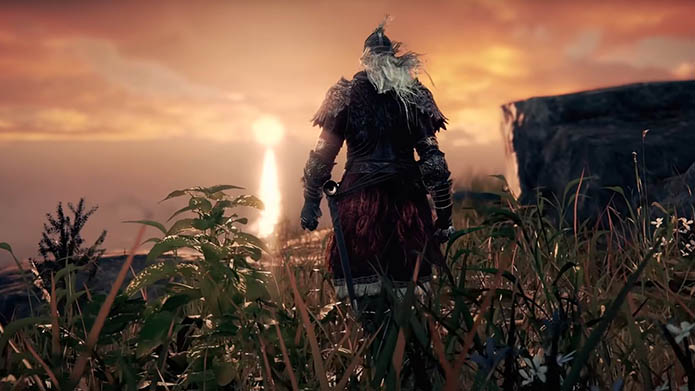 Think of the Tarnished as exiled Jedi Knights who were hiding somewhere, until they felt a strong disturbance in the force and decided to take up arms again and do something about it.

Sorry if there are too many Star Wars or Lord of the Rings references, but it’s really the best way to explain the complex lore of Elden Ring, so bear with me 😉

So in short, we are called out by the Lost Grace triggered by the shattering of the Elden Ring, and return to the Lands Between to fix things!

This creates an ambigous relationship between us, The Tarnished and The Lost Grace. We were once banished by it, and now that everything has gone wrong, we are called upon once again to help its restoration. So what exactly did we do ages ago that caused us lowly Tarnished to lose that grace? No matter what we did, I guess we should thank the Elden Ring for the opportunity to redeem ourselves, now that we are its only hope? We’ll see about that!

Who are we fighting against?

Our archenemy is supposedly Queen Marika the Eternal, who rules the Lands Between. Before we get to see her, we’ll have to go through all of her offsprings, a bunch of corrupted Demigods who each have claimed a Shard of the Elden Ring, also known as Great Runes, which made them stronger and madder (think about Lord of the Rings and what the rings of power did to Smeagol and the Nazguls). 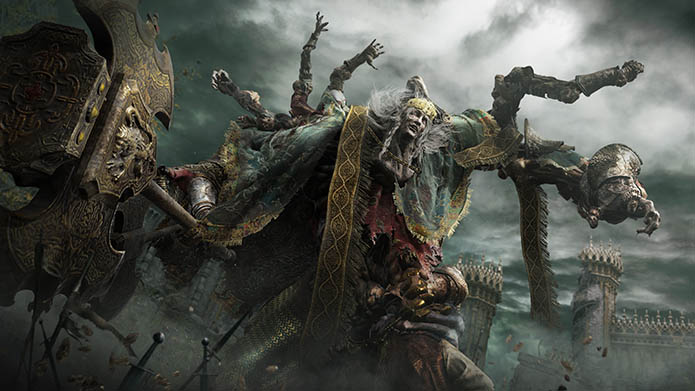 At this point, we still don’t know if Queen Marika is actually responsible for The Shattering, or if it’s something else, or if it’s her offspring which became corrupted after acquiring a Shard of the Elden Ring. We’ll find out more about Queen Marika’s true nature as we progress through the story and put an end to her children’s twisted fate. But so far, we can assume that Queen Marika and family played a role in The Shattering, probably to claim its power and/or to create chaos and take control of the Lands Between. We’ll find out more on the bloody history of the Shattering as we progress through the game.

But do not think of the Demigods and Queen Marika as one happy united family, these Demigods are actually at war between themselves to conquer the ruins of the Lands Between.

According to Miyazaki, each of the Demigods inherited a different power or element when they acquired a shard of the Elden Ring, and each became twisted and warped in its own way, while acquiring a unique tainted strength.

Where are we fighting? 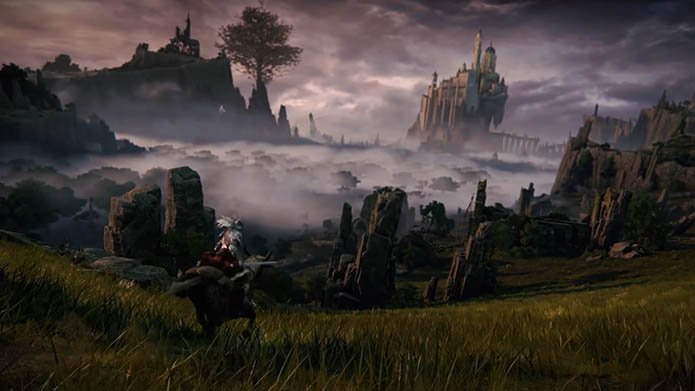 We are fighting in The Lands Between, once known as a « Perfect Realm« , guided by the gold grace of the Erdtree. These lands have now falled to ruin and chaos and Demigods are fighting amongst themselves to control these lands. The Lands Between are split into 6 areas, each controlled by one of the Demigods. Each of these areas is tied to a Legacy Dungeon, which we’ll have to clear to progress in the main story, while acquiring Shards of the Elden Ring in order to restore it and become an Elden Lord.

To access the Lands Between, we’ll first have to cross the « Foggy Sea« , which is pretty much the tutorial area. If you’re new to Souls game, this tutorial area will be much needed, and even if you’re a veteran, as there are new game mechanics added to Elden Ring. No matter what, Elden Ring will be no walk in the park, rest assured, the difficulty known for all FromSoftware games will be there, don’t expect to have a casual relaxing gaming experience as if you were playing some top online casinos.

The Elden Ring lore is still shrouded in mystery, as it is always the case with FromSoftware games. Even though we now have an idea of what the big picture is, there are still so many questions left unanswered, so many intriguing characters seen in the few cinematics which have been shared so far, and that alone makes it really hard to wait for the final release on February 2022. 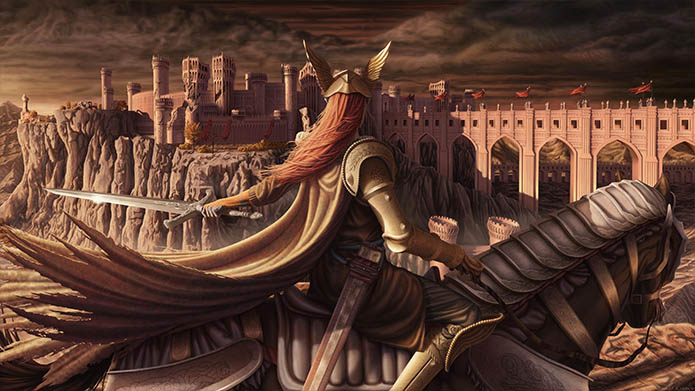 As far as I’m concerned, I can’t wait to play this game, combining George Martin‘s and Hidetaka Miyazaka‘s talents for story writing is reason enough to play Elden Ring, and when you add the amazing gameplay FromSoftware always bring to the table, you’re in a unique experience!