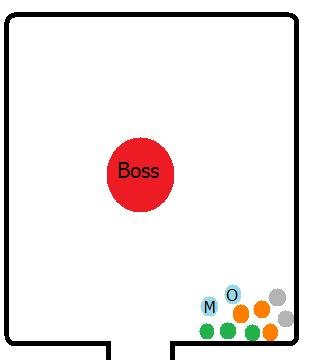 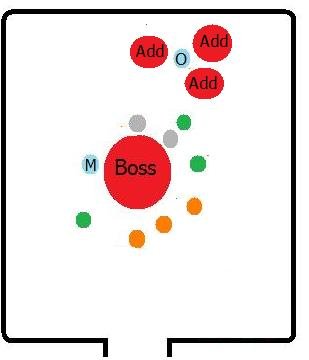 All the DPS’s should focus on killing the boss only. When the adds (skeletons) spawn, the offtank have to pick them up. The boss will also cast a Curse which will deal 5-6k damage and a heavy DoT if not de-cursed within 10 seconds. I advise you to have a mage or druid decursing the players who gets it, or it will become hard to heal as healer. 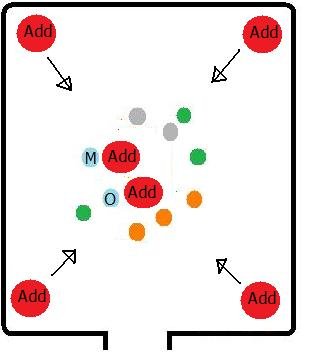 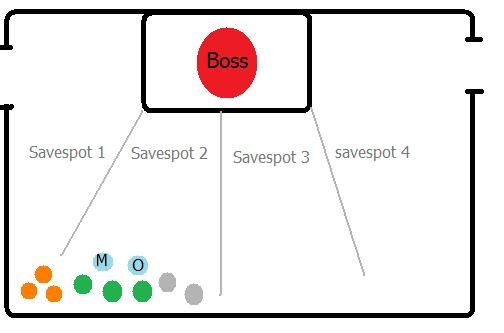 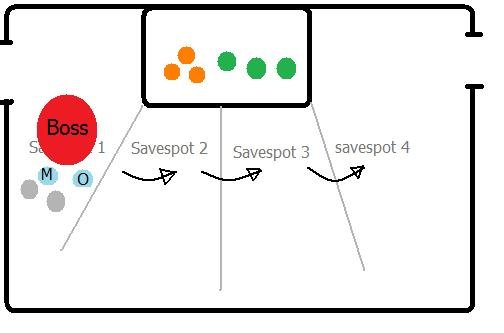 When the fight begins, the maintank need to pull him to *Savepot 1*. All ranged and healers go to the platform. Melee DPS and offtank just need to follow the maintank.
Every 10 seconds the boss will pop green slime up from the floor. If you aren’t in *Savespot 1* you will get hit by 7k x2 damage. When he pops the green slime, move the boss to *Savespot 2*. Next time he pops the green slime, you will be save at *Savespot 2*. After 10 seconds he pops the slimes once more and you have to run to *Savespot 3*…….
The runs will go like: 1,2,3,4,3,2,1,2,3.. etc.

The boss casts *Decretpit Fever on a random target, which will deal 3k damage per 2 seconds on the target and reduces their HP by 50%. This need to be cleansed (By a paladin for example). 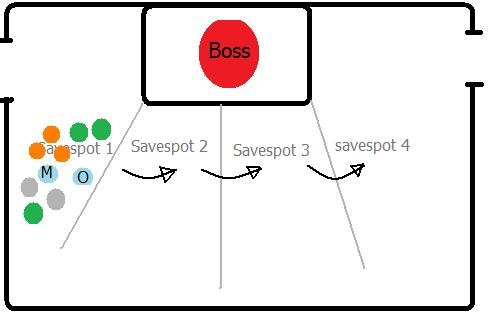 After a while, the boss will teleport to the platform. Make sure that the ranged DPS’s and the healers move away from the platform 2 seconds before he gets on it (watch Deadly Boss Mod or BigWings). Now, the whole group has to do the process in phase 1, but this time just much faster! If a player is standing on the platform he/she will get hit by a heavy DoT – don’t do that. After he pops the green slime – Move to savespot 2, you will only be able to wait 1 second, then the slime will pop up again, and you have to move once more. It’s prefered to have no dps or only instant casts on the boss during this phase.

The trash mobs between Heigan the Unclean and Loatheb can be very annoying. The tank have to pull the slimes inside the room all the way to the other entrance in one pull. Healers need to keep everyone alive through the room. If a player dies, you’ll all have to do it again because the trash respawn just when you have killed it. The DPS’s shouldn’t dps the slimes ONLY dps the eye stalks and NO AoE damage. It is critical if the tank loses aggro during this trash.

HINT: If you got a warlock in the group, at least make sure he/she survives. Then you can just summon the dead players. 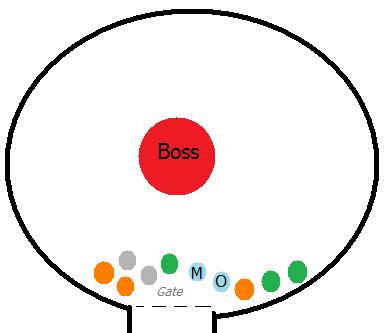 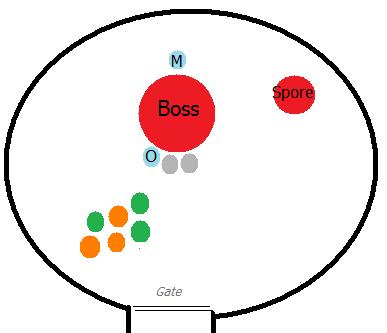 The main object in this fight is how focused the healers are. The boss will cast *Necrotic Aura* which will decrease all healing effects by 100% for 15 seconds. When the aura fades away, all healers must be quick and get the raid and tank up. The healing will only be allowed for 3 seconds, then the boss will cast *Necrotic Aura* again. The boss will also leave a DoT to the whole raid, which will deal 200 damage every second.
Every 30 second Loatheb will summon a spore. The spore will drop an aura that increases critical strike change by 50%. You don’t have to run to it and just kill it. It’s a better idea to wait until the spore is at a range of 10 yards or something, then gather up (Melee Dps and Offtank) and kill it. The spore may also spawn from another side than shown on the picture. When this happens, the spore will probably spawn near the gate, and then the ranged dps and healer will deal with it. Gather up just like the Melee DPS’s main tank and offtank and kill it. The ranged DPS’s and healers
should kill it together as fast as possible.
Note that the spore must NOT reach the maintank, it will reduce his/her threat to zero.