Video Gaming Heroines – Who is Your Favourite?

Home / Video Gaming Heroines – Who is Your Favourite?

Home » Gaming news » Video Gaming Heroines – Who is Your Favourite?

Video Gaming Heroines – Who is Your Favourite?

There’s no denying that video gaming is a hugely popular pastime nowadays. In fact, video games outsold music and video combined for the first time in 2018. As well as this, there are now over two thousand game companies in the UK, and although it seems to be a male-dominated field, you may be surprised to know that many lead game designers are female. However, there is definitely no shortage of in-game heroines and kickass female characters set to change the way fictional ladies are perceived by players and critics alike. Here are just some of our favourite video gaming heroines. Which one will you be rooting for? 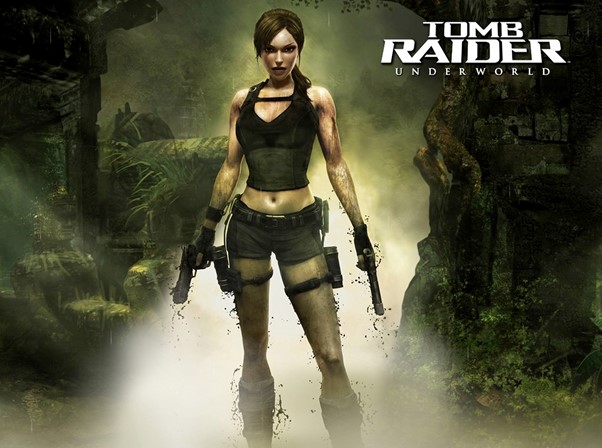 We can’t start off any list about female video game characters without mentioning the infamous Lara Croft. She has been raiding tombs since 1996 and has had many makeovers over the years. However, what you may not know is that the Tomb Raider games were originally designed to have a male lead, and Lara was simply going to be an alternative character option. Thankfully, the creator, Toby Gard, decided to get rid of the male character altogether as he much preferred the idea of Lara. Fans of the Tomb Raider series get to know and love Lara as a feisty, independent, intelligent young woman who became a role model in her own right. And she doesn’t even need a knight in shining armour to come and fight her battles.

Many online games from casinos like Mansion Group in Canada are based on the idea of a fantasy universe, and World of Warcraft for the PC is no different. Players choose and control a character avatar, and interact with non-player characters (NPCs) like Lady Sylvanas Windrunner. Also referred to as ‘The Banshee Queen’ and ‘The Dark Lady,’ Sylvanas Windrunner is the leader of the Forsaken. For fans of the game, they will know that this is a group of the undead, which consists of playable characters. Fans love the fact that after being killed by Prince Arthas Menethil, she was not filled with anger, but instead turned her situation around by creating an Undercity and leading her undead troops into battle to save Azarath. She is a bold, brave character who is not afraid to speak up when the situation calls for it.

If you’re a fan of the Nintendo Metroid game series, you will be familiar with the character Samus Aran. Although she hasn’t been the star of the game since 2010, she has more than cemented her place in the fictional world of Zebes. What’s great about Samus is that players assume she is male when they begin the game, as even the instruction booklet hints at this. However, she wears a power suit throughout the game, accomplishing missions that were previously thought impossible, and satisfyingly reveals that she is in fact female by removing the suit at the end of the game, or when a certain percentage of the game’s items are collected. Having served in the Federation Police and as a bounty hunter, Samus proves herself to be a real warrior.

A more familiar name, Princess Peach from the popular game Super Mario Bros had to make this list. When Super Mario Bros 2 was released in 1988, Peach became a playable female character, which was almost unheard of at the time. Instead of being depicted as the damsel in distress that needs to be saved by an Italian plumber, this ruler of Mushroom Kingdom could now hold her own. Although she switches back and forth between a more active protagonist role and that of a damsel in need of rescuing, it’s something we come to expect from a diva like herself. This is exactly what makes her such a fun character to play, as she is just as formidable as Mario and Luigi, yet she does so without making a mark on her pretty pink princess dress. She is the epitome of a tough but equally feminine character, and she gets our vote.

Fans of The Walking Dead will know that Clementine is a character that begins her life alone and afraid. However, she shows such courage and learns to become a strong, fierce and independent fighter throughout her travels. She displays such tenacity that she becomes a role model for others, helping them to push themselves even when they thought they had no strength left. She is seen in this game as a beacon of strength and hope for the survivors of the zombie apocalypse, and is a real asset for anyone who has her on their side.

So, now that you know there is a whole host of video game heroines to check out, which game will you try first?