What We Want from FF7 Remake Part 2 – Chocobo Betting Returns

The first Final Fantasy 7 Remake went by in a flash, and everyone is eagerly waiting for the next part. Wouldn’t it be amazing if we could time travel to the future to find out what Cloud Strife is doing? But, since that’s impossible, we can only play guessing games while we wait for part two of the FF7 remake.

People are already excited about the second installment of the Final Fantasy 7 remake as they are curious to know what happens to their favorite hero. If you can’t stop talking about what the FF7 remake will bring, here are some popular predictions you should know.

When Will FF7 Remake Part 2 Be Released? 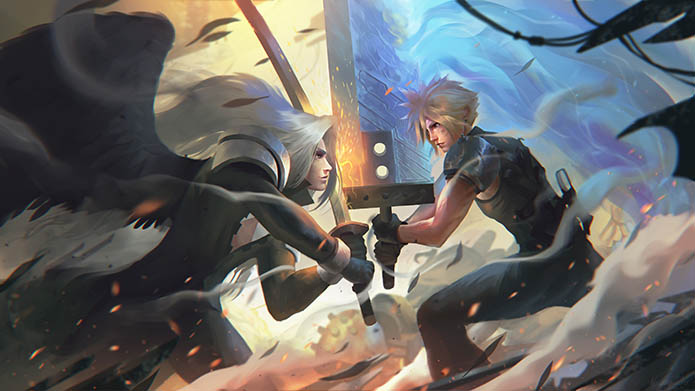 Part two of the FF7 remake is under development, and the release date is still not confirmed.

Tetsuya Nomura, the director of FF7, said in July 2020 that his team is aiming to release part two as soon as possible. However, 2021 is now behind us and there is no sign of the release anytime soon. In saying that, many people in the gaming industry are hoping the game will be released in 2022.

According to Square Enix, the FF7 remakes might be released within two years of each other. This timing is similar to the releases of Final Fantasy 13, where the parts were released in two-year intervals.

Here are some predictions for FF7 Remake Part 2:

Chocobo racing is a recurring feature in a few Final Fantasy games. It was a part of the Gold Saucer, a huge casino resort that offers various betting events and reward opportunities for players.

These mini games were an exciting way to pass the time when not doing missions and FF7 players absolutely loved them. If you love betting on sports events, then part two of the FF7 remake will (hopefully) have what you need.

However, if you want to bet on some real-world events like the US Open and World Cups, make sure you place your sports bets at fubo. The platform offers exciting bonuses such as risk-free bets, deposit bonuses, and more. 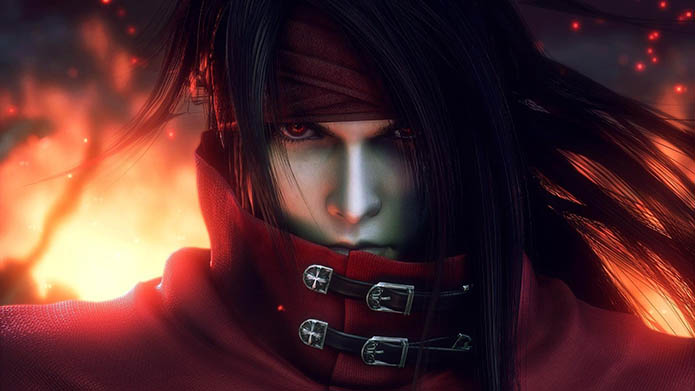 Some people are suggesting that Final Fantasy 7 Remake Part 2 might be different to part one. However, in the debut episode, Square Enix created an ending that connected with the original story, but introduced the concept of alternative timelines, which makes everything possible.

Does this mean that the future instalments will have the same beat and locations as the original game?

Nothing is certain for now.

Some gamers also think that some characters, such as Vincent or Yuffie, might not be part of the game. Also, locations such as Costa del Sol might not be included either. As far as I’m concerned, I’m pretty sure Yuffie will be in the Remake Part 2, because :

As for Vincent Valentine, I really can’t fathom how Square Enix would pass up on this character. He’s easily one of the most popular characters ever, from ANY Final Fantasy opus. He also is the main protagnoist in Dirge of Cerberus, but also plays an important role  in the movie Final Fantasy Advent Children. In my humble opinion, he has to be in the Remake Part 2 or fans will be unbelievably angry.

Aerith is a Time Traveler? 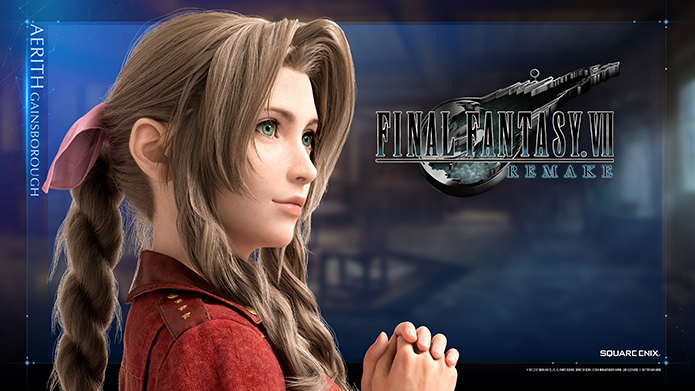 A fan theory suggests that Aerith is a time traveler, and there is plenty of hints to back that up. For instance, she predicted events from the original Final Fantasy 7 including Sephiroth’s arrival.

What’s more, Aerith knew Marlene was Barret’s daughter, although no one told her that. She also knew Red XIII was a child without speaking to him.  She also sometimes says cryptic lines which really could be interpreted as if she knows more than anybody else about the fate of this world.

But more importantly, and many fans of the original game hope for that: her fate might completely change in this Remake Part 2. Some die hard fans want the story to remain exactly the same as in the original, but many others -myself included- actually wish for the possibility to have a different fate for Aerith! And I AM a die hard fan of the original, having played a few hundreds hours and spent countless hours trying to find ways to save Aerith!

Anyways, without spoiling more if you haven’t reached those events yet, here is a Final Fantasy 7 Remake walkthrough for Part 1.

The Death of Zack 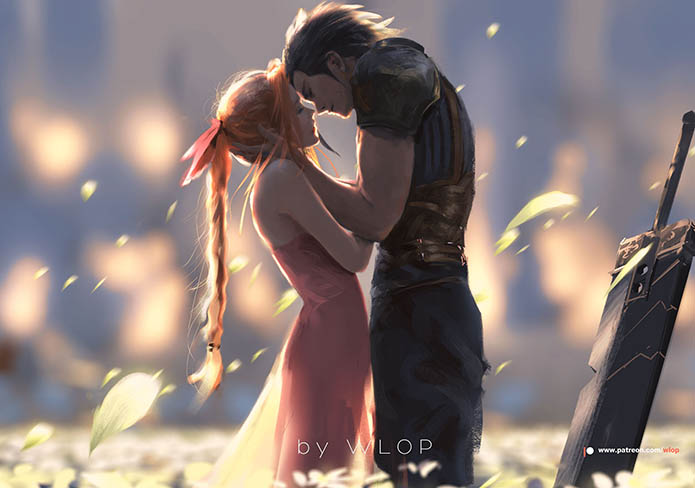 Many signs suggest that Zack Fair is dead. At the end of the original Final Fantasy 7 and after Crisis Core, there was no doubt that Zack was dead.

Do you remember the Buster Sword that Cloud had? It came from Zack.

We believe that Cloud received Zack’s sword after his death—which he also has in Part 1 of the remake, which could lead us to believe that he is also dead in FF7 Remake.

BUT, at the end of FF7 Remake Part 1, the alternative timelines concept is introduced, we defeat the Harbinger of Fate and everything changes.

Moreover, if you play the Yuffie DLC: FF7 Intermission, at the end there’s a cut scene with Zack still being alive in this timeline, meaning everything may indeed have changed.

So will Zack be alive in Part 2 of the remake? Will he be a playable character? One can only hope!

In any case, we’re in for big surprises in FF7 Remake Part 2, and I hope that fans of the original game will keep an open mind about those changes. Square Enix really hit it out of the park with this Remake so far, so we should trust them and give them the chance to surprise us positively again in Part 2!