World of Warcraft – General Information and why you should play it

It is not often that video game franchises become adapted into blockbuster movies. But when they do, they are usually world-famous and have distinguished themselves from the rest; World of Warcraft ticks all these boxes.

It is an iconic and ground-breaking game that continues to compete in the online gaming niche to date and with new NFT games like Axie Infinity and Star Atlas. Online games that usually dominate the gaming space excel at only a handful of features, but World of Warcraft is a jack of all trades that excels at nearly every aspect.

Today, players can buy Bitcoin Cash and other cryptocurrencies to purchase tokens or place bets on several online games in the online gaming industry. This holds well for the future of MMORPG games like World of Warcraft. However, playing the game can get a little complicated with several updates and history to get yourself acquainted with.

What is World of Warcraft, and How Does It Differ from Other Games?

For those still a little foggy on the details, World of Warcraft is a massive multiplayer online role-playing game (MMORPG) set in the Warcraft fantasy universe. The game takes place within the world of Azeroth, about four years after the events of the previous game in the series, Warcraft III: The Frozen Throne.

Players operate an avatar that can take different forms, selected at the beginning of the game. Each avatar represents a race — such as an elf, human, troll, orc, or Pandaren (panda people) — and a class — such as a monk, warrior, hunter, or mage.

World of Warcraft is unique and gets popular gaming news because of its solo ability. Unlike many MMORPG games of its time, you have the option to ignore other players and play by yourself, doing quests and exploring the large world. It has surpassed all the biggest hits in the MMORPG world like Final Fantasy XI, Everquest, Ultima Online, and Dark Age of Camelot.

The game became a cultural gaming franchise and exploded in the gaming industry in 2004, although its first game debuted in 1994. World of Warcraft’s rise to the big screen and global dominance was due to internet growth, consistent updates, unique design, and engaging features. These elements came together to make Warcraft more than a game and still one of the best games of 2022.

General Information on World of Warcraft – A Beginner’s Guide

There are several things to do when you start playing World of Warcraft, but not all of it has to be done right away. As a beginner, you should take your time to enjoy the gaming process. New patches are developed and uploaded for installation every year, affecting how characters level up and how some fighting dimensions work.

Choosing Your Character and Server

This is one of the toughest decisions to make as you embark on your World of Warcraft journey because it affects your entire progress throughout the rest of the game. To start, you’d have to choose this server, then a faction, a race, and lastly, a class.

Newer players should research the pros and cons of each class, faction, and character before deciding, as you can’t change characters midway through the game. It would help if you chose them based on your personal preferences or your suited adventure style.

If you are interested in role-play, World of Warcraft uses various popular role-play servers where players act and speak like their chosen character. When choosing your first server, you would have to select an RP server to enjoy such a gaming experience.

It is better to choose servers with a high or average population during each day’s gaming time. You can avoid getting stuck in login queues if you avoid servers with a maximum population and new player servers. Although the Warcraft world has been here for a while, it is still one of the best games of 2022 and is bound to have a full server now and then.

When playing with friends, decide on a server in advance and ensure you have a character in similar fractions. For instance, Horde and Alliance characters can’t take quests together or communicate in-game. Your faction decides the characters at your disposal.

Choosing Your Race and Class 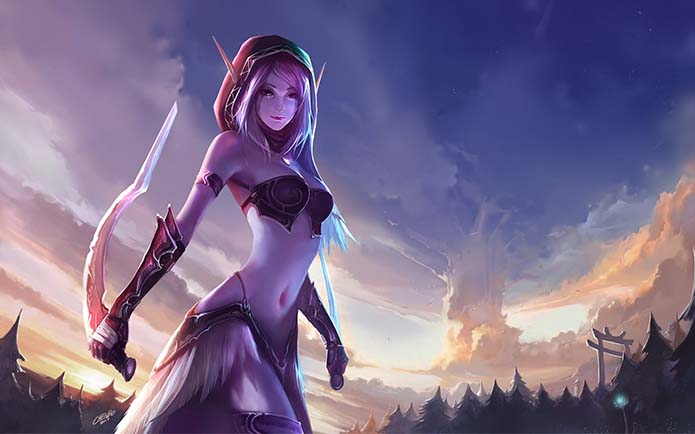 After picking your server and faction, you need to make an even greater choice on the race and class you will play.

Every race in World of Warcraft has special crafting professions, bonuses, and unique skills. For example, humans have the unique ability to break out of stun attacks while Gnomes have a bonus to the Engineering Tradeskill. It is a lot to take in and decide on your first try, but you can choose more appeals.

Choosing a class is slightly different and more challenging.There are 12 classes in World of Warcraft, each class has as many as four specializations that determine their roles and abilities while solo or in a group. This is a very complex decision, especially when you do not have much idea of the game. The fortunate news is that any class can freely switch between various specializations outside combat situations.

Ultimately, whatever gets you to enjoy the game and progress easily is the right decision.

Taking Your First Look into the Warcraft World

After creating your character and completing all other selections, you can log in and begin the game. Choose to use the first boost token that comes with purchasing the shadowland version. You can start at level 50, introducing introductory quests before your main shadowland questing experience.

New level one players start in an environment with their race either in classic or retail versions. Thanks to its latest updates, World of Warcraft doesn’t require much guidance on playing the game or leveling up. A wealth of in-game tutorial materials can teach you everything you need to know about the game. But of course, there are guides out there to make the whole leveling process a much quicker and pleasant experience, the best example being our Wow leveling addon.

As a beginner, you need to read the quest text. It can be very tempting to ignore and head to the fun of playing the game, but World of Warcraft is rich in lore and stories interwoven into many characters. The more you know, the better you enjoy the game.

Connecting With Other Players 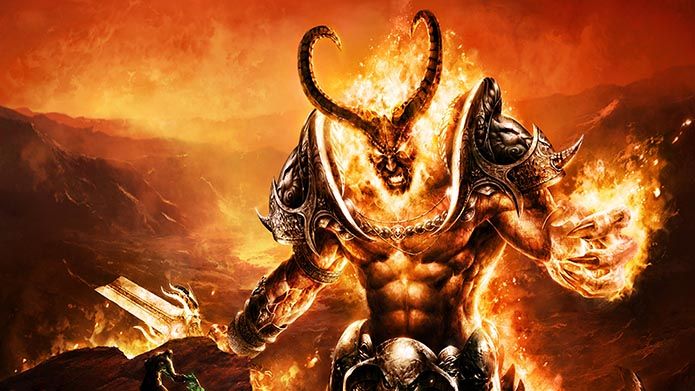 Almost every World of Warcraft quest can be done solo, but everything is more fun with friends. MMO games are primarily social games; however, World of Warcraft has become even more friendly for solo-minded players.

Players can easily use a “looking for group tool” that puts them directly into a group to join a group. There are many ways to make and meet friends during play, and the easiest is using the in-game General Chat channel, which can be entered by typing ‘/1’ and then whatever you want to say.

A better method of making friends and joining groups is getting involved with communities both in and out of the game. Also, the World of Warcraft subreddit is a cool place to check out. They use many discord servers to teach classes or Warcraft-related themes. Communities for World of Warcraft exist across various populations and major social media networks like Twitter and Facebook.

Lastly, the most effective and old method of connecting with other players is joining a guild. Guilds give you privileges like new bonuses, getting gaming news, leveling up faster, etc. Finding the right guild isn’t always easy, but it can make all the difference. There is an in-game Guild Finder that lets you see recruitment messages posted by other guilds, and you can check your guild’s progress there when you finally join one.

If you join a guild and want to leave, you can quit by right-clicking your name in the roster and selecting the leave option. There’s not much consequence with leaving your guild apart from losing certain group privileges. However, never hesitate to leave one if it doesn’t feel right for you.

Using add-ons can make the game more enjoyable by tailoring it to your liking. Although this may seem straightforward, you will be spoilt for choice on the add-ons available. Focus on the ones that can make you get the best from your gaming experience and give you an advantage in the Warcraft world.

There are several strategies used in conquering the Warcraft world. These strategies usually depend on the factions and race you find yourself in. Your strategy should show you the most effective ways to make gold and level-up in World of Warcraft.

You will need to learn how to maintain several auctions per day, master add-ons to make gold faster, and progress effortlessly into the game. However, many players set up goals and strategies for themselves at the beginning of the game and use the wrong tactics.

First, you should not focus on getting gold to have riches but to achieve specific tasks and gain particular items. Also, every decision, from choosing your character’s name to choosing your city in a faction, is part of your strategy process. You can be a leader and own a Guild while leading teams into battle, or you could become a loremaster. With each choice you make, there are different strategies to apply.

World of Warcraft provides many opportunities for MMORPG lovers worldwide to explore and achieve their gaming fantasies. It is a classic that holds weight even with the newer generation of online multiplayer games. With NFT games already on the horizon, War of Warcraft may achieve yet another evolution.