One of Street Fighter’s most endearing features is just how large and diverse the cast of characters are. If you have followed the game for any length of time, you’ll agree that the evolution and expansion of the roster have been fascinating to behold. Starting with a cast of twelve characters, of which only two were playable, Street Fighter has gone on to amass an absolute barge of characters so that as of today, there are about 80 playable characters from the mainline series and 34 from spin-offs making for a total of 114 characters from the game. This doesn’t even begin to mention the non-playable characters who are instrumental in fleshing out the Street Fighter lore.

These characters come from all over the world and represent just about every region available on the globe today. In this article, we’ll be going over the characters who originate from Africa. Many of the characters from this region are minor and aren’t as notable as some of the others, but they deserve props and recognition. We’ll take a look at all the African characters in Street Fighter, both playable and non-playable, and give a bit of a backstory to everyone. 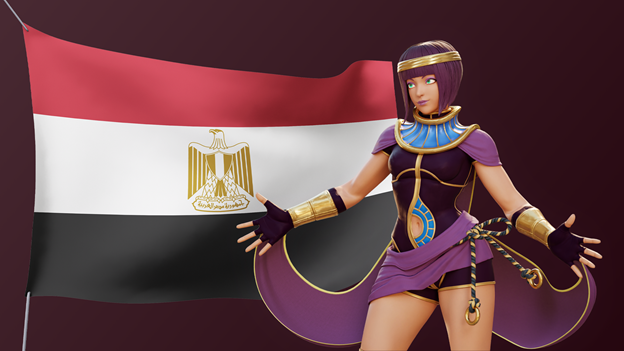 The first character we’ll look at is also the most recent. Menat first appeared as a playable character in the second season of Street Fighter V with a moveset that greatly resembled Rose’s, who came out more recently. Menat is originally Egyptian but resides in Italy, where she acts as an apprentice for Rose. Along with her fellow student, Maggio, Menat possesses Soul Power, and she can tell fortunes just like her master, Rose. In the game, she is tasked with traveling the world to tell people about their fortunes. She is considered a protagonist, and her design is an homage to Egyptian culture.

Little is known about Menat’s childhood or how she came to be in Italy. Maybe she left her country to apprentice under the most famous fortune-teller in the world. She is tasked with finding Ed to deliver his fortune to him. Once done with this mission, she is forced to fight Ed and warns him about the hard times ahead. Later she is confronted by members of Shadaloo, whom she defeats before warning them about the coming fate of their master, M. Bison.

Meanwhile, Rose is worried about the appearance of a shadowy figure announcing himself as the President of the World. This is G, and to test his resolve, Rose sends Menat to fight the Abraham Lincoln lookalike (The former president, interestingly, used to be a wrestler). Menat, unfortunately, underestimated G because Rose had pulled the ‘Fool’ card when telling his fortune. Hopelessly outclassed, Menat is forced to recognize G’s strength. She returned to Rose and begged her master to avenge her defeat. 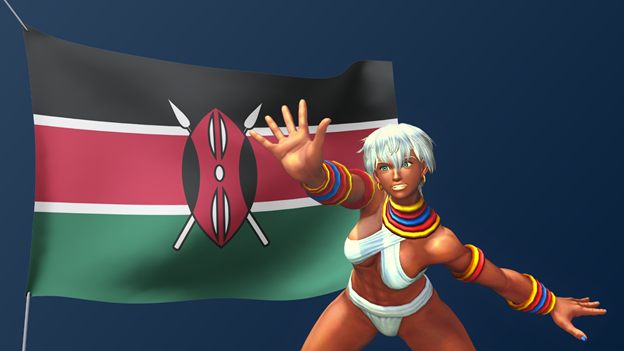 There are few Street Fighter characters as fascinating as Elena. She also isn’t without her fair share of controversies, chief of which was her ‘healing ultra’ in Ultra Street Fighter IV, which was a big problem for many players who felt that the move was a gimmick.

Elena’s story begins in Kenya, where she is the princess of her tribe. Her father, Jafari, is proud of her and respects her fighting skills. He decides to enter her into the world fighting tournament. This is because both he and Elena had sensed a disquieting force at work, and they believed that they could find their answers at the tournament. As it turns out, Jafari is a well-educated doctor who studied in France, and his daughter seems to have acquired his love for travel and exploration. Elena packs her bags and heads to Japan. Even after the tournament, Elena is enamored with life on the road. She makes many friends, and her affable personality means that many people view her as an enemy.

She later schooled in Japan as an exchange student and became best friends with a young girl called Narumi. The two are always together, and even when Elena left for France and then Kenya, she invites Narumi to come and visit.

So far, Elena has appeared in two mainline Street Fighter games (III and IV), and she is a favorite for many because of her range which is possible due to her long limbs. 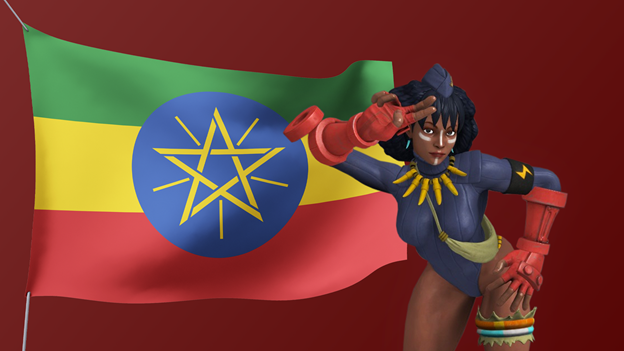 Santamu is an Ethiopian character who, in earlier versions of the game, is said to be from Vietnam. But, since we’re going with the most recent events in the Street Fighter timeline, Ethiopia is what we’re going with.

She is a non-playable character and is a member of the Shadaloo dolls (like Decapre and Aprile). In Street Fighter V, she is paired with Balrog and Ed to ambush Guile and Zangief. In the scuffle, she is confronted by Guile. The American army man is the winner of the battle, and Santamu has to accept defeat. She doesn’t do much else in the story but is seen with Aprile at the end as the Shadaloo base falls into destruction. 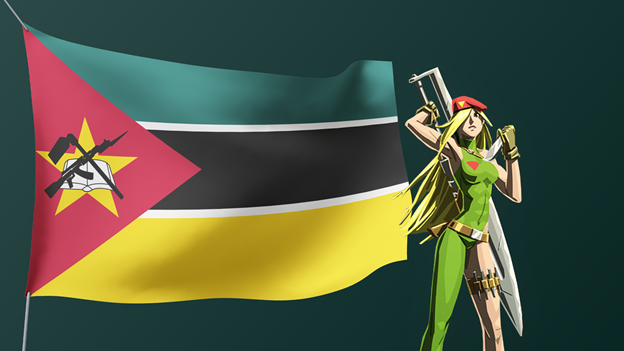 Lita Luwanda is a non-playable character from the Street Fighter series. She doesn’t have a significant role in the events but was a former companion for Cammy. The two used to be teammates in Delta Red and went on missions together. While Cammy was the hand-to-hand expert, Lita was the bladed weapons expert. Personality-wise, Lita was a tad abrasive and seemed unwilling to listen to the opinions of others. However, it was also pretty clear that she cared deeply about her teammates and did all she could to protect them. There are very few instances where she shows up in the games, like at the end of Hyper Street Fighter II, where she arrives along with the other members of Delta Red to take Cammy home after Cammy defeats Bison and Akuma. She is also in the Street Fighter cartoons (although there she was called ‘Celia’). 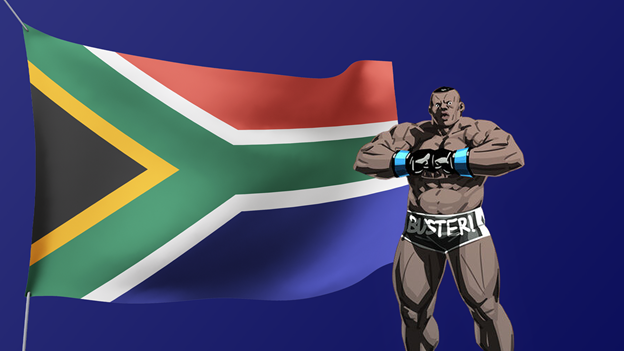 Gerald Golby is another of the non-playable characters in Street Fighter. South African born, he is a rising star in the mixed martial arts world. He fought Alex in the semi-finals of the “Vale Tudo Eternal Fighting” tournament only to lose out. This does not mean he was not a strong fighter as his training (he started out as a four-year-old) and career in American football show. After losing to Alex, he took part in the Pan-American Fighting Championship, and he fought his way through several fighters till he finally made it to the finals. Unfortunately for this talented fighter, his opponent was Ken Masters, and the flashy millionaire wiped the floor with Gerald ending the match in a mere 30 seconds with a single Shoryuken. Not much else is known about Gerald, but you can imagine that he picked himself up and trained to become a better fighter and came back much improved. 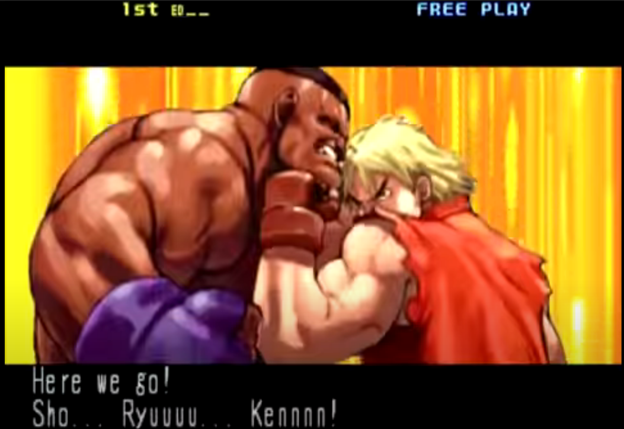 There are one or two other Africans in the Street Fighter lore, like Elena’s family, but there is precious little to write about them. However, while Street Fighter doesn’t have a wealth of characters from Africa, they are fun. Who knows, maybe by the time SFVI comes along, there will be a few more African names to add to the lore.