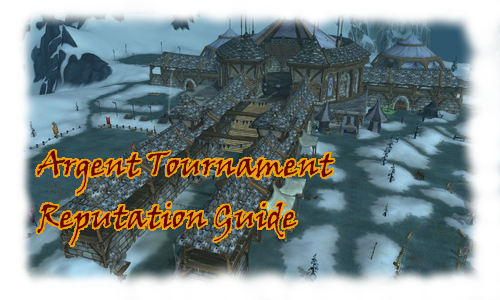 The Argent Tournement is a world event that was released patch 3.1 were the houses was unfinished. In patch 3.2 (currently) the tournament has started, all the houses were finished and a lot of daily quests were added/removed. The Argent Tournament takes place in the northern part of Icecrown. With this guide, our goal is to be exalted with the Silver Covenant and your racial faction. If you’re familiar with The Burning Crusade, The Argent Tournement is pretty much equal to Isle of Quel’Danas, however much less over-crowded, and more challenging and rewardful. The only requirement for the guide is a Alliance character at level 77+.
There is an inn, a mailbox, a flightmaster, almost everything that is needed for a good daily grind area. Also, the whole area is marked as a Sanctuary – like Dalaran or Shattrath and includes alot of mounted-combat. Get further information here.

Picture of the Argent Tournament

Disclaimer: To avoid any confusion about this guide, I wanna tell you that The Silver Coventant is not really like other reputation factions. The guide will be based on a short grind every day, doing a few daily quests. Aslo, that does not exist a “tabard” like the other northrend factions (you cannot get reputation through instances, sadly).

Your lance, and Your mount

A lot of the quest at the Argent Tournament will be based on mount-combat. Mount-combat can be quite confusing at first, but I’m sure that this section will cover the basics for you.

Before you can ride your mount, you must have a lance equipped. You can get your lance by right clicking the lance rank, at the entrance of the alliance pavilion, and the mounts outside the pavilion. Now, let’s take a look at the action bar of your mount:

Each spells has its unique way of use. The mount is a combat mount just to make it clear, so I will explain them in a fight-releated way.
Before the fight: Make sure you’ve stacked the Defend buff at 3 stacks.
The charge: Either just use charge, or you can cast Shield-breaker, then run a few steps backwards and cast charge.
During the fight: Use Thrust every time it’s possible. Make sure you have 3 stacks all the time of your Defend ability. Keep your enemy’s stacks at zero, for a lot more damage.
End of the fight: Heal yourself up with the Refresh Mount ability, so you’re ready to the next fight.

Hopefully you’re now tuned abit in on how The Argent Tournament works, so lets start off!

==Note== You need to complete the Black Knight Chain quest to get the known group quest at the Champion rank: Threat From Above. You can follow it here:

Eric’s Guide to The Black Knight

Picture of the Argent Tournament

When you enter the Argent Tournement Grounds, go to the Argent Pavilion, where you’ll speak to Justicar Mariel Trueheart. She’ll give you the quest:

First, I suggest you listen to Valis Windcheser’s instructions about shield-breaking (It’s also an objective that is needed in the quest anyway, you will have to do it). Then just nuke the Defend stacks down until you get the quest completed on the ranged target dummies. 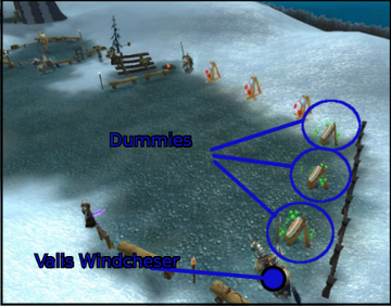 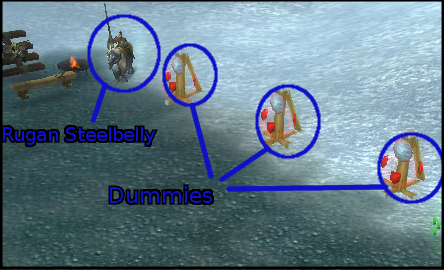 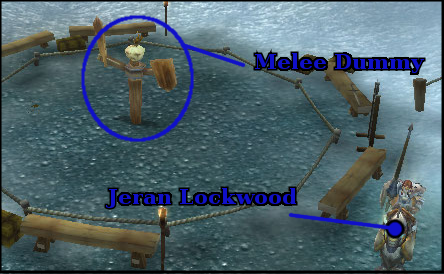 Now, 4 other quests should be availible to you:

[80] A Worthy Weapon , [80]The Edge of Winter and [80] A Blade Fit For A Champion is random, means that they change daily which one you can pick up. 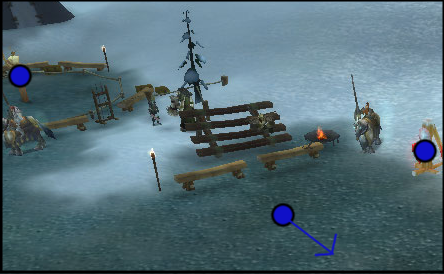 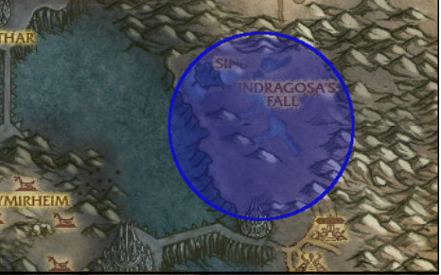 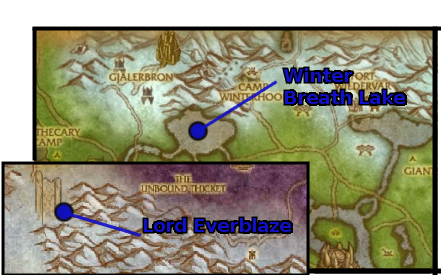 When you finally got Maiden of Ashwood Lake spawned, talk to her and you will recieve the sword which let you complete the quest. 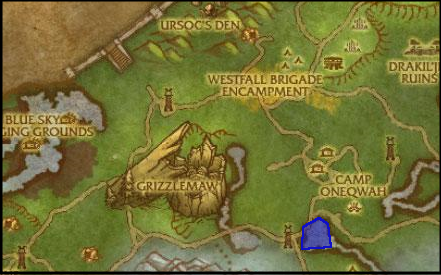 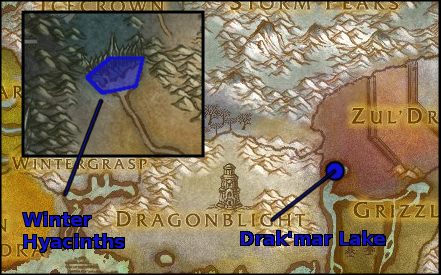 Which is equal to the aspirant one, optained at day 1, you just have to optain 25 Seals this time. 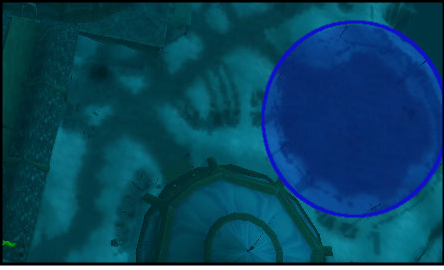 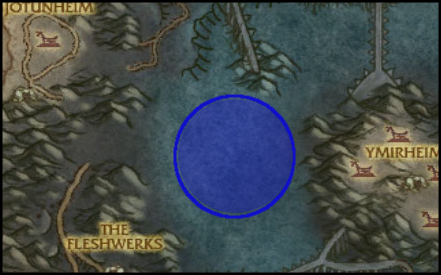 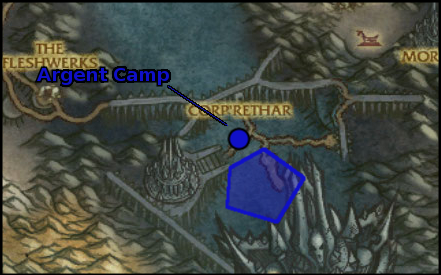 When you finally got Maiden of Ashwood Lake spawned, talk to her and you will recieve the sword which let you complete the quest.

Doing these 4 daily quests should bring you 5 Valiant Seals, and around 1000 reputation points with The Silver Conventant.

You should now be able to turn in the 25 seals for [80] A Valiant’s Charge. Do that, and get the follow up: [80] The Valiant’s Challenge. In this quest, you’ll basically have to fight a champion like you had to fight Valiants earlier. This one is just abit more difficult. When you challenge him he/she’ll at 3 stacks Defend, he’ll also do a lot more to get your stacks down. The quest is soloable, though.

When you’re done, turn in your quest back at the Alliance Pavilion. You should now be a Champion, and if you were exalted with your racial faction, you’ll also get the title”[Name] of [Home City]” example: Voodóo of Gnomeregan, congratulations!

Pick up [80] A Champion Rises from the Alliance Pavilion, and turn it in at Justicar Mariel Trueheart. Pick up [80] The Scourgebane (or [80] Eadric the Pure in some cases).

Eadric is in the Argent Pavillion, right next to where you get the quest, and [80] The Scourgebane can be turned in close to the Trial of the Champion entrance.

Now, when you’ve mastered one faction, our goal is to master every faction! It’s up to you who’s next, just pick one the quest that the faction grand champions back in the alliance pavilion offers you (example: if you take the Stormwind quest, you’ll be championing Stormwind). You will now start as a Valiant for you new faction AND you will still be able to pick up the Champion dailies from your own faction. All the previous quest from the Valiant phase should now be able again, and they fit very well together with the new champion dailies that should be availible to you:

This quest is abit challenging, though. You’ll have to defeat 4 Champions in the Champion ring. Use same stategy as earlier (like in [80] The Valiant’s Challenge). I suggest you start with doing this quest, as it’s very close to where you get it – fast done, and easy to turn in. 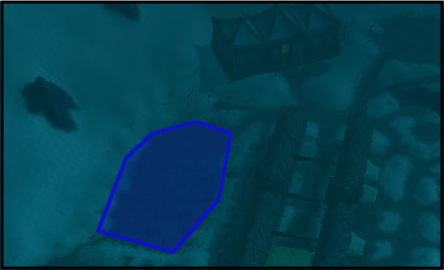 [80] Taking Battle to the Enemy

==Note== This can be done together with [80] A Valiant’s Field Training, as they are very close to each other. 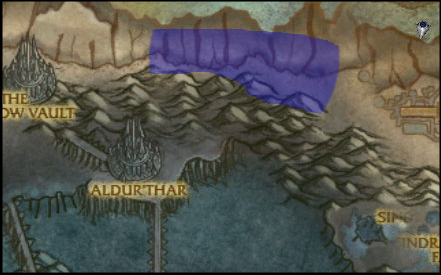 [80] Battle Before the Citadel

This quest should clearly be done together with [80] At The Enemy’s Gates . Like in [80] At The Enemy’s Gates, you’ll have to mount up from the little camp west of Icecrown Citadel. Then kill 3 of the Commanders. They are abit hard, but easy soloable. The Commanders start up with 3 stacks of their Defend, and 252k hp – they are pretty much equal to the champions of Argent Tournament, same stage of difficulty. 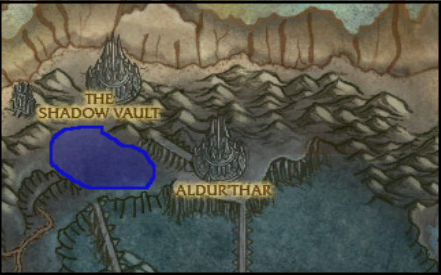 When you reach Champion for the firs time, you should be about honored with the Silver Covenant. Our goal is now to master all the other factions, which should bring you to exalted. So from now on, you should grind the 8 availible quest every day. For that, I’ve made a short quest circuit you can use. 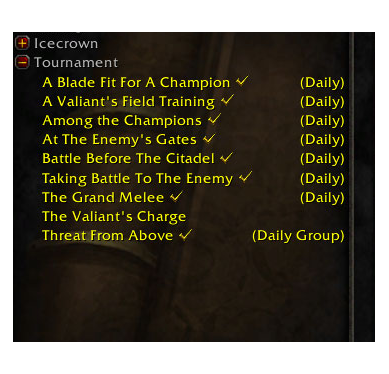 I assume that you know how to complete every quest, so I’ll just be listening the quests in which order to do them, and where. 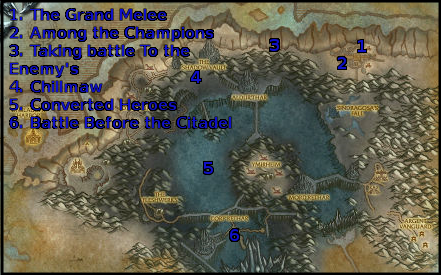 1. Warm up by completing [80] The Grand Melee, the Valiant duelists can be found just north of the Alliance pavilion. You need to defeat 3 to complete the quest.

2. When you’re done with [80] The Grand Melee, move further to the Champions for [80] Among the Champions. The champions can found in the southern part of Argent Tournament grounds.

==Note== These are a bit harder than normal, and will might be difficult for some people to deal with.

3. Mount up, and run west until you reach a camp of some Cult of the Damned members. Kill 15 for [80] Taking Battle To The Enemy.

4.(Optional) Run even further west until you reach Chillmaw’s spawn point in the mid-north part of Icecrown for [80] Threat From Above . Chillmaw will also spawn 3 adds which is also needed for the quest (means you can’t skip them). Chillmaw is defintely soloable, but 2 or 3 players is optimal.

==Note== Threat from Above is a group quest, common name is “TFA”.

5. When you’re done (if you did part 4) with Chillmaw, mount up and run south until you’re just about west of Ymirheim where you will find Converted Heroes. Kill 10 of them for [80] A Valiant’s Field Training.

6. Run further south to Corp’rethar. Get your Argent Mount, and run into the camp of Scouts, Footmen, Commanders and Lieutenants. Kill 10 Scouts, 15 Footmen, 3 Lieutenants and 3 Commanders for [80] Battle Before The Citadel and [80] At The Enemy’s Gates.

8. Turn in your quests back at the Argent Tournament Grounds when you’re done.

Well, continuing this every day should bring you exalted on about a month or so. The Silver Covenant is a very hard and challenging reputation to get reputation with. Good luck on the grinding, I’ll gladly enjoy reading you comments on how your journey has ben!

I did mixed a short list together of horde and alliance achievements that involved Argent Tournament. You will find each factions achievement at the list, good luck achieving them!

Random – Outside the categories.

Champion – Become a Champion with any of your faction’s races.

Champion of the Alliance/Horde – Become Champion with all of your faction’s races.

Exalted Champion – Become Champion with any of your faction’s races and earn Exalted status with them.

Exalted Champion of the Alliance/Horde – Become Champion with all of your faction’s races and earn Exalted status with all of them.

Exalted Argent Champion – Become Champion with all of your faction’s races, and earn Exalted status with them and The Argent Crusade.