Final Fantasy 7 Remake Intergrade: Everything You Need to Know

Home / Final Fantasy 7 Remake Intergrade: Everything You Need to Know

The worldwide release of the Final Fantasy 7 Remake Intergrade on PC was done on December 16, 2021. PC players can now join the lucky PS Exclusive players, especially those who own a PS5, to enjoy this amazing hit with improved graphics and 60 FPS. FF7 Remake Intergrade is an improved version of its previous version but it has several new features.

The game also came with a new DLC with 2 story chapters that focus on Yuffie. If you have not yet played this PS5 game, it brings some of the most remarkable features to the table. It can play on PS5 and has new characters, combat mechanics and fun side quests. There’s also 2 new very tough challenges in the Shinra Battle Simulator.

Yuffie Kisaragi is in 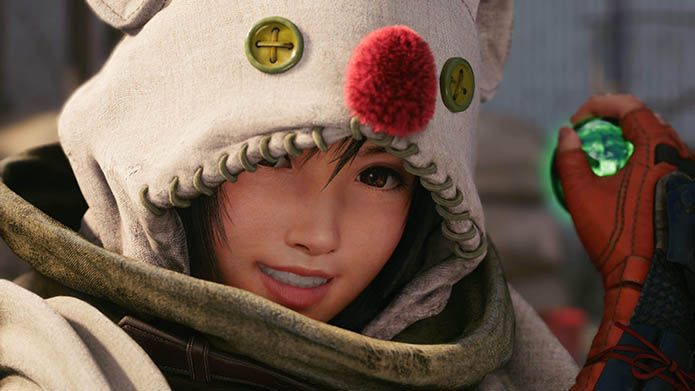 The new and iconic ninja you will be dealing with in this new release is ninja Yuffie Kisaragi. Some online gambling establishments even started producing different online games with this character. It has never been more exciting play at pennsylvania online casino as there are lot of games involving the character. Yuffie infiltrates Shinra to steal their ultimate materia. She is an Wutai operative joing an Avalanche cell in this Intermission DLC.

There are more complications that Yuffie brings into the scene. She is in contact with a new teammate Sonon Kusakabe, a lethal attach figure. Ramuh also wasn’t in the previous version and his Summon Materia can now be acquired only in the FF7 Intermission DLC. You also have the option to fight Weiss in the Shinra Battle Simulator, but this challenge is actually in the Main Story part of the game, the Intermission DLC has another tough challenge: Yuffie & Sonon vs Top Secrets.

Strategy guides are already out for those two very difficult fights:

There is nothing to worry about if you are on PS4 but want to upgrade to PS5. You will, without hitches, move to the higher version and you will not pay a penny. You don’t even have to interrupt your gaming experience by switching off your system to restart so that the new features take effect.

As long as you have upgraded, all that you need to do is continue playing your game and the new features will automatically roll over once the upgrade is complete. There will be one limitation, though – for the Intermission DLC, you’ll have to pay $19.99 to expand to Yuffie’s episode.

If you prefer to purchase a new copy of the entire game, you will directly have all the features, including the Intermission episode and you will pay $69.99 to obtain a brand new copy.

The new Final Fantasy 7 Remake Intergrade will require 100 GB of space in your storage to fully install without any hitches. You might not have 16GB RAM to run the game but 8GB will be more than enough. If you have more than that, the better for you because you might get better running speeds.

The game is compatible with Windows 10 and that is the only operating system you can use, at least for now. For macOS users, the Apple Boot Camp feature will allow you to install Windows into your Mac. Note that you can only use one OS at a time. To get the best graphics, VRAM might help.

The Final Fantasy 7 Remake Intergrade story is set in Midgar. It is a busy city entirely controlled by Shinra Electric Power Company. The rich enjoy every good thing the city offers while the poor live in terrible conditions in slums.

Shinra is an exploitative company that takes advantage of the people. Avalanche rises to resist Shinra and uses the help of a former soldier to plan to bomb Mako’s reactor 1.

Yuffie’s DLC story happens after the 2nd bombing mission involving Cloud, Barret and Tifa. Cloud fell down during the fight and nobody knows if he’s ok at that point. Barret and Tifa head back to Sector 7 and plan their next moves. That’s when Yuffie arrives!

You are free to choose either to use performance mode or graphics mode but whichever mode you choose, you will experience better graphics, frame, and resolution. If you choose graphics mode, be ready to run the game in 4K resolution at set the frames at 30 frames per second.

Performance mode is even faster and will run at 60 FPS. Although speeds might vary significantly between the two modes, the experience cannot be equal to the experiences of the previous version.

It has a better background, enhanced textures, and a fog effect. It has some of the best lighting effects that a PS5 game can ever have. The game’s photo mode allows users to pose the game anytime and filter photos to share with other users.

You have three different settings to make

If you didn’t like the previous version or you are not experienced with PS5 games, your fears have been taken care of. You can decide to play the Easy mode to help you practice and learn the basics. You can also pick the Classic Mode, which brings the gameplay very close to the original FF7, which was mostly turned based. With the Classic Mode, you don’t have to worry about blocking, moving or dodging. The AI does it for you, and all you have to do is carefully pick which abilities or spells you want to use when you have enough ATB for it.

However, the Normal Mode, while more challenging, can also be much more rewarding once you learn all the combat tricks. You can accomplish amazing feats such as killing a boss without taking any damage.

So my advice is that once you feel comfortable with the Classic Mode, go deeper and play the normal mode that is more challenging and will keep your brain rolling fast.