Many gamers expect the Final Fantasy VII Remake part 2 to keep them on their toes with fresh features and new experiences. Its earlier version included storylines around Tifa, Cloud, Barret, and Aerith. It brought with it improved graphics, mechanics, and a new modern game.

Its improved version, the Final Fantasy VII Remake part 2, is expected to have features with the most amazing user experience. It could bring in new characters, more sophisticated weapons, and graphical features. Here are new things that part 2 is likely to bring on board. 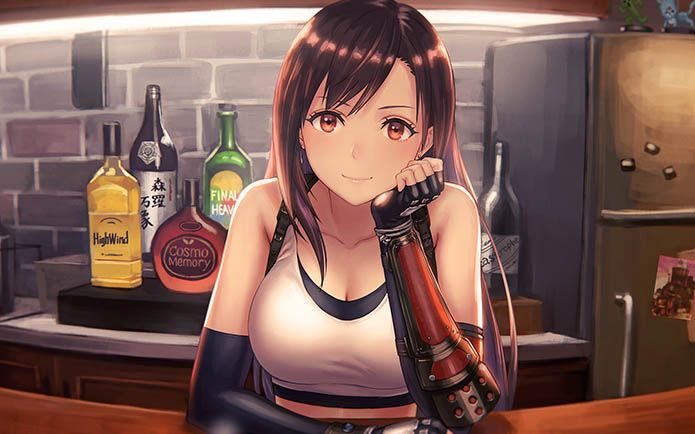 Since the main programming has already been done in the earlier version, part 2 is an improvement and might not take too long to release. Despite these facts, part 2 be might not see the light of the day until sometime in 2022 or even 2023. While the core game has already been developed: the engine, the brand-new combat system and user interface are all in place and more than satisfying, but we must keep in mind that FF7 Remake Part 1 was very linear, all the action happened in an enclosed space: Midgar. In the original FF7, once you got out of Midgar, that’s when things got real. Once you’re out of Midgar, you’ve got a huge open world and many different paths you can take. Here’s a non-exhaustive list of things that have to be developed in FF7 Remake Part 2:

And that’s just on the top of my head. I really wonder if they’ll manage to fit in all of that in FF7 Remake Part 2 or if they’ll have to split it into a 3rd Installment. Time will tell, but all that makes me think that it’s unlikely this game will come out in 2022.

Although gamers have earnestly waited for the entry of the Final Fantasy VII Remake Part 2 on the market, there is no green light that the game could be released sooner. Its earlier version took time to develop and release and fans had almost given up with earnest waiting. Many players take their time to entertain themselves in other activities connected with the game. Even online casinos started producing slots with RPG style themes a long time ago, even recently we spotted Final Fantasy slots at one of the pa online casinos. Only time will tell, but let’s pray for a 2022 release!

Yuffie is not a trustworthy character 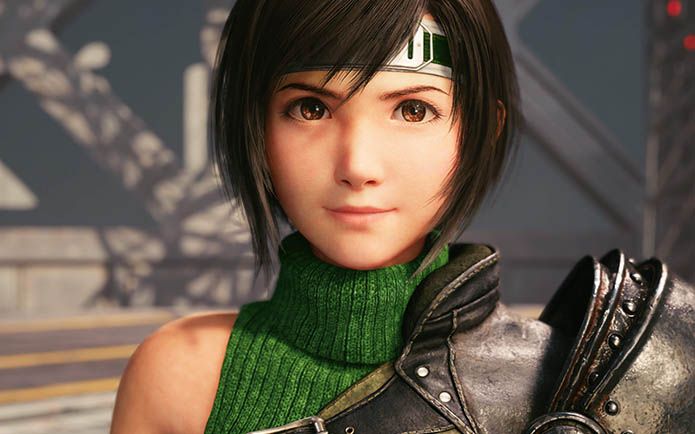 If the developpers stick to the original, in the Final Fantasy VII Remake Part 2, Yuffie will be an optional character but if you choose to pick her, you won’t be able to trust her at all. Recruit her yes, but avoid paying her a visit in Wutai, her home area. She will make her selfish motives come true and steal the party materials leaving everyone stranded.

She will even go ahead to justify her actions on the basis that Shinra Electric Power Company has dealt harshly with her home country, and thus, it deserves to be treated that way. Who knows if that changes in the Remake.

There’s no escaping from Vincent 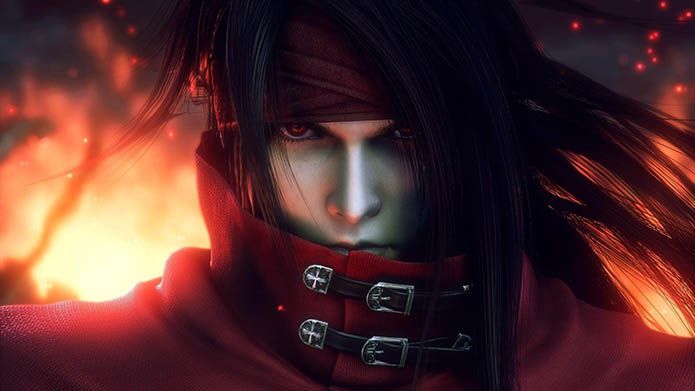 In the earlier version, Vincent was an optional character. It’s the same with part 2, but a few things have changed. Yuffie is optional but because of the important part she plays within Wutai, she becomes rather an integral character. Vincent Valentine is one of the most liked characters in all Final Fantasy games combined, and also one of the most powerful. I can hardly see why any FF fan would pass up on the opportunity to add this legend to your party.

For the developer, it is not time to repeat the same mistake done with the previous version. They released the trailer only to make considerable changes after. The developer chose to hold on and work on part 2’s perfection. You will likely see it for the first day it is released. If, in any case, there will be a trailer to watch, it will only be a few days away from its final release.

Zack Fair must be handled with care 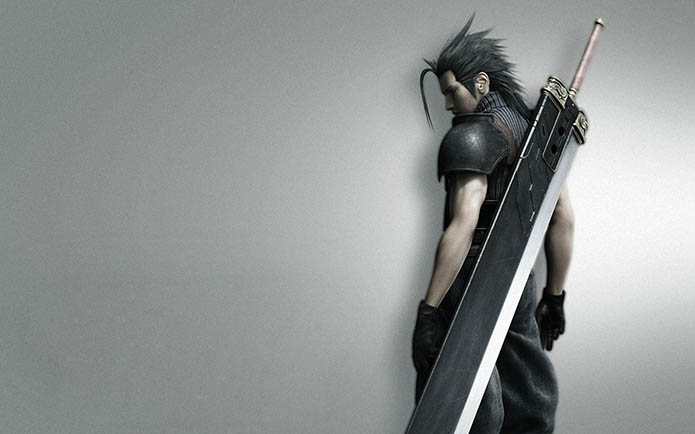 Zack was positioned in Midgar and this might remain his position in part 2. However, due to the hints at timeline changes we witnessed at the end of Part 1, Zack Fair’s involvement might be much bigger than in the original, and he could join Cloud’s party and become a full time member! If that happens, you cannot rule out the possibility of a dangerous love triangle with Cloud and Aerith.

Part 2 is an improvement of Final Fantasy VII Remake and it ends with the party departing Midgar headed for Kalm. Fans can only hope part 2 will proceed from that point and continue by either adding new characters to play along with the old ones.

The developers can decide on an entirely new narrative with different endings depending on the player’s choices, but to satisfy die-hard fans, one can assume you will also have the opportunity to stay faithful to the original FF7 storyline.

But who knows, developpers have hinted at big possible changes, so will Zack Fair be a playable character ? Will Aerith have a different fate than in the original FF7 ? 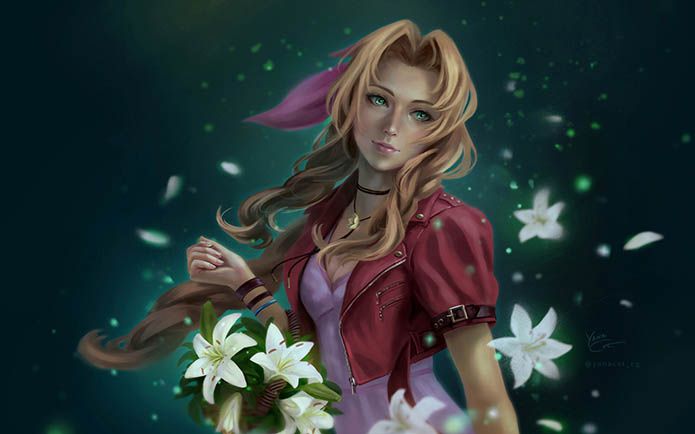 The difference in weaponry and graphics

Every new development comes with a new set of weaponry and improved attack/defense tactics. This is not likely to be different with Final Fantasy VII Remake Part 2. What might change most are the original weapons because there could be new ground to conquer and new enemies to face. Expect part 2 to have new graphics that go hand in hand with added background sounds, speed, visuals, and photos, hopefully getting the most out of the new PS5 platform.

The Final Fantasy VII Remake Part 2 will not bow to lesser system qualifications. It will of course be a Playstation exclusive for at least a year, and will be fine-tuned for the PS5. As for future PC releases, you will only experience its potential by installing on at least an i5 – 3330 and above. Be sure your RAM will be from 16GB and above. In terms of storage space, given the gigantic nature of the game, you’ll for sure need over 100Gb of disk space.

You are probably used to playing PS4 games and you might expect the Final Fantasy VII Remake Part 2 to smoothly run on PS4. Unfortunately, you will have to upgrade to PS5. If your previous version was the free version, you have no option but to buy a brand new PS5. However, if you have the paid older version, you just need to upgrade and continue to enjoy your upgraded version.

Likelihood of a multiplayer action

The former version strictly offered a mono player experience but part 2 is likely to make adjustments and add some Online play, as they tried to do with FFXV.

The actions beyond Midgar could be much more engaging and call for multiplayer engagement. This is probably a major difference between the two games. Its creators might change minds and decide to stick with a mono player option. As soon as we’ll know more, we’ll go in-depth about all the changes we’ll see in the glorious Final Fantasy Remake Part 2.