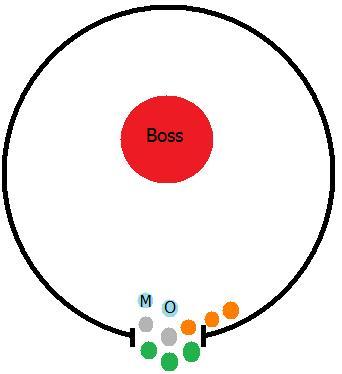 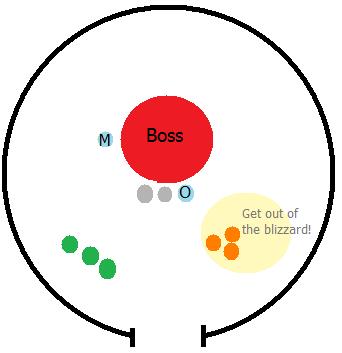 The most important in this phase is to avoid the blizzard. Things will go a lot easier if no one get hit by it. Sapphiron will spawn a blizzard that is following random players through the whole fight. You should also be in range of the healers all the time. The maintank healing itself isn’t that hard in this fight, but all in the raid will take around 1,000 damage every second untill the boss i dead, additional damage will be taken by blizzard. The trick to avoid the blizzard is to spread out instead of grouping up. So in phase 1 it’s just a tank n’ spank fight. Melee DPS’s and the offtank (which is not tanking in this fight) should stand on the side of the boss, to not get hit by cleave and tail swipe.
Assign the healers, e.g. if you got a paladin he should take the tank, a shaman should take the raid, druid and priest could be both (of cause paladin healers can take the raid too, and shaman healer the tank, it’s just how you should organize it if you got those two) . 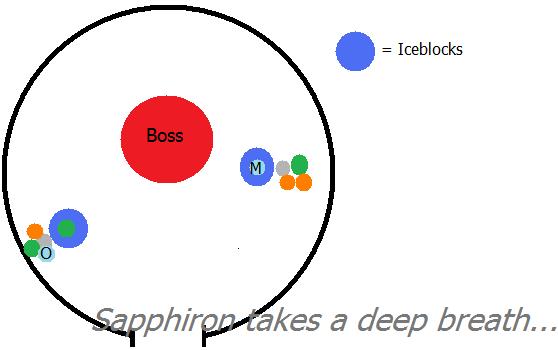 Through the fight Sapphiron will take a deep breath which you instantly die from if you get hit. The boss will fly to the air, and two random players in the raid will be frozen in ice. You will have to run behind these iceblocks to avoid the deep breath. Try to split your raid so you have same amount of players behind each iceblock. When Sapphiron lands on the ground again, it’s back to Phase 1. 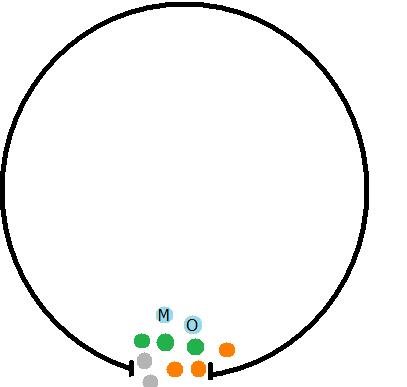 Remember to get inside before the raid starts, a gate will block all ways to the boss room when the fight starts. 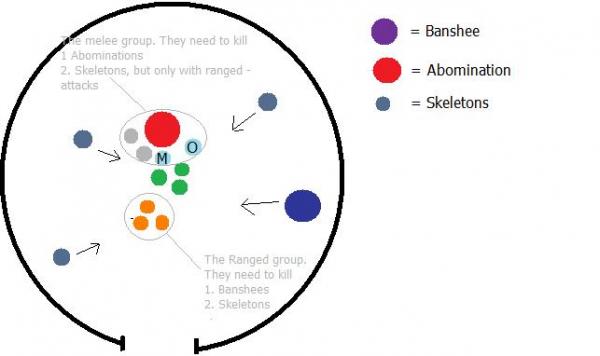 The ranged will have to kill the Banshee’s as first priority, second priority is the skeletons. Same goes for Melee/tanks just Abominations instead of Banshees. It lasts for 3 minutes and 48 seconds. Maintank must be quick to pick up Kel’thuzad before he get unlocked. 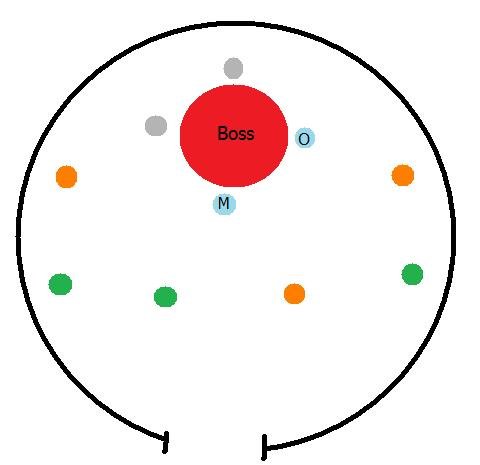 The maintank must be quick and pick up the boss before another one pulls aggro. Finsih off the rest of the Banshees/Abomintaitons/skeletons before attacking the boss. When all the mobs from Phase 1 are killed, split up so you aren’t in 10 yards range of each other. The reason: *frost blast*! Kel’thuzad will cast *Frost Blast* throughout the fight, which will deal 104% of the players HP over 4 seconds. That means healers must be quick and heal them up with iehter instant heals or very short cast time heals like Holy Shock, Riptide, Renew, etc. The *Frost Blast* will hit the player and all allies within 10 yards, that means, if four players is in a group together, two of them will probably die. So split out (like on the picture).
Kel’thuzad will also cast *Frostbolt* very often, and hits the tank for 10,000 damage. This needs to be interupted by warriors, rogues, death knight, etc. Through the fight Kel’thuzad will also cast *Frostbolt Volley* that hits everyone in the raid for 6,000 – 7,000 damage. Can’t be interupted.
Kel’thuzad will randomly cast a *Shadow Fissure* on the ground under a player. If you’ve not moved away from it within three seconds you will die instantly.
Last ability is *Detonate Mana*. It burns 2,000 of your mana and you will explode after 5 seconds, dealing 10,000 damage to all players within 10 yards (not the player that gets it get damage). 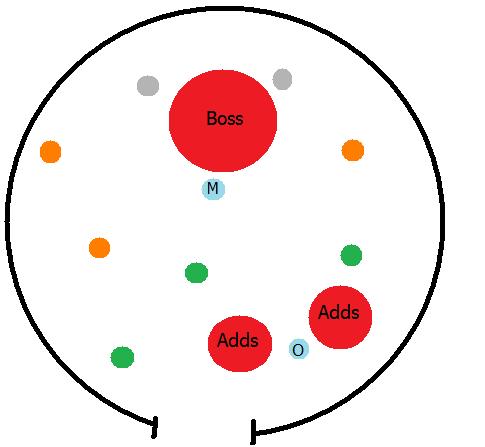 When Kel’thuzad reaches 45% HP he will summon two Guardians of Icecrown (two big scarabs). These need to picked up by the offtank very fast. They aren’t hitting hard but they use *Blood Tap* which is increasing their damage dealt by 15%, stacks up to 100 times. Now it’s just a DPS race, all DPS’s should activate all cooldowns/heroism and max focus on killing Kel’thuzad, the two adds got to much HP to kill.

Beside that it’s the same as Phase 2 you will still have to avoid Shadow Fissures, Frost Blasts, Interupt Frostballs etc.

Great thanks to all these people that have read my guide! I really hope it was helpful. You can comment, vote and share it with your friends and guildmates. Good luck with your runs in Naxxramas  !