God of War Ragnarok: Everything we know so far

Home / God of War Ragnarok: Everything we know so far

If you’ve played God of War (2018), you’re probably eagerly waiting on the highly anticipated sequel God of War: Ragnarok. Well, I sure as hell am. I’ve always been a fan of the God of War series and the 2018 reboot is one of my favorite games of all times, no less. It is just that good, it’s a masterpiece and everyone pretty  much agrees:

This game was so good that I decided to 100% complete it and unlock the Platinum trophy, which took quite a bit of time, but more on that later…

If you’re reading this article, it’s because you want to know what’s up with the Ragnarok sequel, so let’s dive in.

God of War Ragnarok: The Story

At the end of the previous game, Kratos and Atreus finally reached the mountaintop in Jötunheim to spread Atreus’s mother’s Ashes. They then go back to their cabin in the woods to live peacefully ever after, or not. Shortly after their arrival, a threatening figure pays them a visit, a lightning-hammer wielding god, rings any bell? So yes, Thor will be involved for sure in God of War Ragnarok, and many other war-hungry gods for sure. I mean, the game title is kind of obvious. Ragnarok, in Norse Mythology, means the final war leading to the destruction of the world. Sounds like fun.

And there are many other information we can gather from the latest God of War Ragnarok Reveal Trailer which aired in September 2021:

Freya is also still out there, seeking revenge for her son Baldur, which we defeated in the God of War 2018 game.

Mimir is still with us and seems to have kept his cynical sense of humor.

Sindri and Brok are still there and available to craft and upgrade our stuff.

Tyr is another god which we know little about, except that he seems to be badass and that he’ll probably help us.

Odin is likely to be the final boss, him being the god of gods… and it has been confirmed that God of War Ragnarok would be the final opus of God of War in the Norse Myhology. 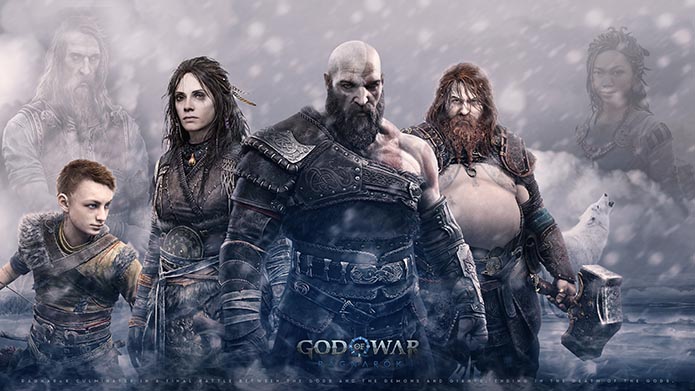 A few years have passed since the 2018 God of War, and Atreus is no longer a kid, he’s now a full fledged teenager with a burning desire for battle.

That still seems so far away, how can we wait that long? There are a couple of amazing games you can sink your teeth in meanwhile, with over 100+ hours of gameplay time if you decide to complete them 100%. I’m talking about Elden Ring, Final Fantasy 7 Remake and Cyberpunk 2077. I have written a 100% walkthrough for each of these games and I highly recommend you give them a try.

Some of these games can be quite challenging, Elden Ring is especially difficult, so they might just not be your thing; If you’re more into idle games or luck based games, there are plenty of choices online. You can also try your luck on some casino websites, but because you’d be using real money, you should use a Paysafe Card when visiting one of those sites, like for example the Kasyna Paysafecard to be extra safe.  A Paysafecard is a secure and anonymous payment method. It is used all over the world by people who care about convenience and having an intuitive system for sending money for purchases and making a deposit at a casino. These cards require the purchase of a special coupon with a 16-digit PIN. The coupon contains a certain amount of funds that can be used in any way the user chooses.

God of War Ragnarok: The Gameplay 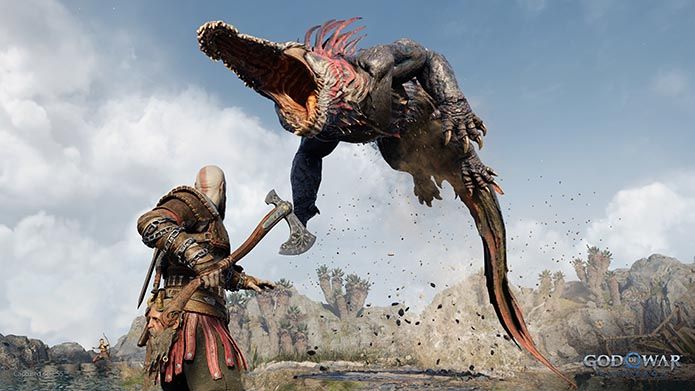 From what we’ve seen so far, the gameplay seems to be very similar to that of God of War 2018, which isn’t a bad thing because the gameplay was awesome. So we can expect something pretty close but more refined and with some new cool mechanics. Personnaly, I do hope they completely rework the skill trees, because a large part of the moves you could unlock in Kratos’s skill tree were rather underwhelming to me. Some of them were just really weak and I just never found any use for them.

We can expect to have Atreus by our side, firing some arrows, stunning enemies, conjuring spirit beasts, and hopefully some new moves he must have acquired through the years.

But what about Tyr? Could he be a new ally joining us in the thick of battle on specific occasions?

In the trailer, we see the same old boat rawing animation as in the God of War 2018 version, but we also see us riding at the back of an open Sleigh dragged by wolves. Will this just be another means of transportation or will we also be able to fight while riding that thing?

And what about Kratos? From the trailer, we can see him using some moves we hadn’t seen in the previous game. We can still see him rocking the Leviathan Axe, but not only. Hopefully we’ll gain access to some new epic weapons.

God of War Ragnarok: The Graphics 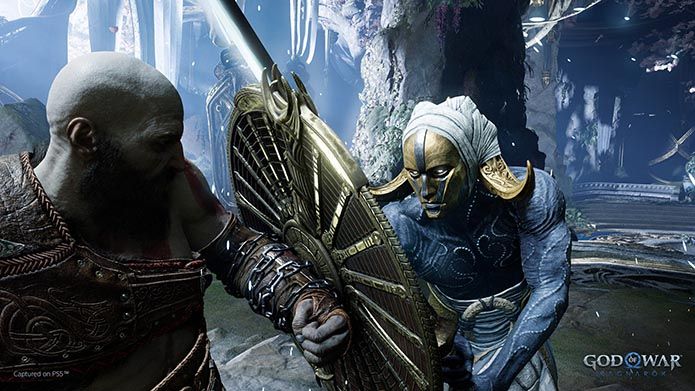 Ragnarok has been announced as a cross-gen game. This announcement has been received with mixed feelings. On the one hand, it’s cool that people who can’t afford or simply can’t get their hands on a PS5 will be able to enjoy the sequel.
On the other hand, there is concern that this choice might limit the game’s potential because it won’t take advantage of the full capacities offered by the PS5.

Will the PS5 version be plagued with gimmicky hidden loading times such as shimmying through narrow walls, long elevators and door opening animations because of this crossgen choice? One can hope that the devs will find a clever way around that.

So far, looking at the trailer, which was captured on a PS5, the graphics look really nice and the action scenes pack quite a punch.

But everyone is expecting so much from this sequel, it will be quite a challenge not to disappoint the fans. Let’s hope they pull it off!

God of War Ragnarok: The Achievements

As of now the Trophy List to get the God of War Ragnarok 100% Platinum Trophy hasn’t been announced.
However from the reveal trailer, we can see that Ravens are back. If you played the God of War 2018, you most likely remember that one of the trophies required you to hunt 51 Odin’s Ravens, scattered throughout the game.

Some of those were pretty well hidden and you could miss them easily while going through each area. And then, you’d have to come back and look for them.
So if that’s still in the game in the sequel, a God of War Ragnarok 100% Walkthrough with a very optimized path to grab all the collectibles in a single run will be greatly appreciated by all the Platinum hunters out there.
You can expect exactly that from me, a 100% Guide to complete all of GoW Ragnarok, unlock the Platinum Achievement in the most optimized route, collect all the items and uncover all the secrets this amazing game will offer.

Stay tuned for that, the hype for this game is real 😉