God of War Ragnarok – Everything you need to know

Home / God of War Ragnarok – Everything you need to know

God of War Ragnarok is the second part of the PS-exclusive game that continues the God of War «soft restart» story. The events of the new game unfold some time after the original, and the focus is on the same “retired” god of war, Kratos, who travels through the northern lands.

Kratos and Atreus must travel to all of the Nine Realms and find answers as the Asgardian forces prepare for the doomed battle that will end the universe. They will visit the mythical lands and meet in battle with fearless enemies in the face of the Scandinavian gods and monsters. Ragnarok has never been so close. Fate will present Kratos and Atreus with a choice between their own safety and the safety of all worlds.

Still the same God of War, only the graphics and combat system have become even better. It seems that the game of the year according to all existing publications is highly possible for this long awaited title, but it will have a strong contender this year with Elden Ring being such a masterpiece. If you haven’t played Elden Ring yet, you’ve been missing out on something incredible and you definitely should check out my 100% Elden Ring Guide.

In the story, Atreus seeks to unravel the prophecy of Loki and understand his role in Ragnarok. Kratos must decide whether to succumb to the fear of the past or break out of his nightmare memories and become the father his son needs.

«Ragnarok has never been so close. Fate will put Kratos and Atreus before a choice between their own safety and the safety of all worlds»- reads the updated description of God of War Ragnarok. 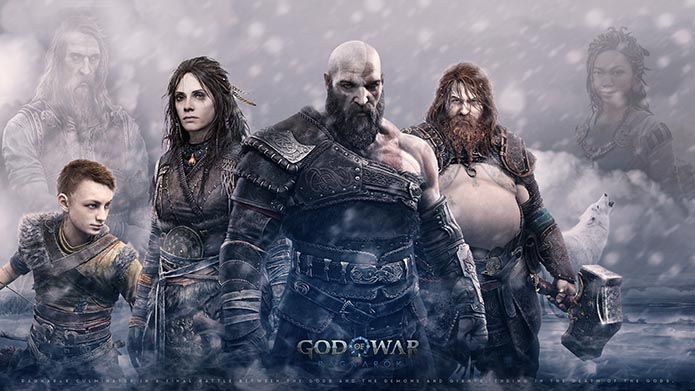 Among other things, they promise a mystical adventure, picturesque and dangerous expanses, a variety of enemies (among them there will be Scandinavian gods) and a never-before-seen test for Kratos’ Spartan skills (new and old).

Before we get into the nitty gritty, a small message from this article’s patron: bookmakers and sports betting in the modern world are becoming almost more popular than the sport itself. Millions of people all over the world are fond of betting. Not every beginner can figure out how to choose a bookmaker himself. There is a large offer on the betting market today. It all starts with which bookmaker to give preference to. Here https://bookmaker-ratings.com/review/mostbet-india-overview-rating/ you will see a review of a betting website that has large markets in sports, esports and casino markets. You can see the bonuses and promotions offered at the time on the main page. Overall, Mostbet is a great betting website, and we recommend you keep reading the review to learn more about this site. They guarantee you a safe and fun experience on the website. Their company is built on three main values: trust, smartness and loyalty.

Now back to God of War Ragnarok, the game is going to be huge. Bigger than the 2018 opus. The developers have confirmed that the player will be able to visit all nine worlds, including Vanaheim, Asgard and Svartalfheim.

Draugr: The most common type of enemy. Draugrs are fallen warriors whose souls yearn to continue the battle. There are many varieties of Draugr, some with magical powers and some with different weapons such as shields and swords. They are often found throughout Midgard.

Dark Elves: One of two elven races living in Alfheim. Since the previous game, they have taken a more belligerent approach as they attack Kratos and Atreus.

Drifters: Souls that did not get into Valhalla and returned back, due to the fact that Odin upset the balance between the worlds, corrupting the Valkyries, which ultimately led to the overflow of Helheim and the spread of Drifters throughout Midgard. 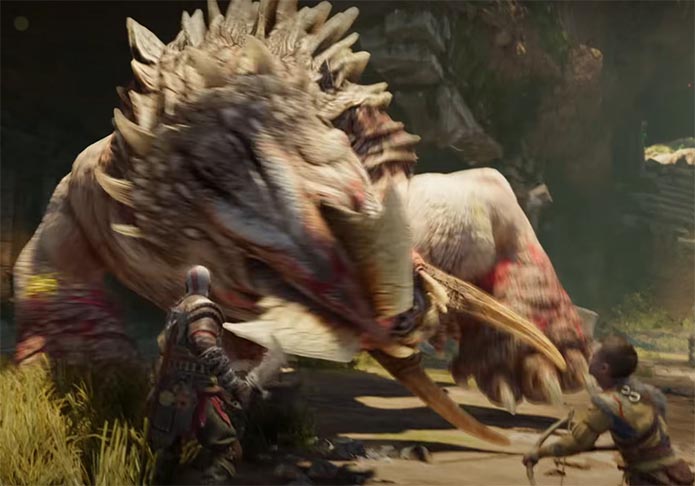 Stalker: A centaur-like creature with horns.

Dreks: A giant crocodile from Svartalfheim.

Leviathan Ax: Kratos’ main weapon. The ax has the magical properties of ice, such as the ability to freeze enemies when thrown. The ax belonged to Faye, the giantess and wife of Kratos. Brothers Brock and Sindri forged the ax a long time ago. 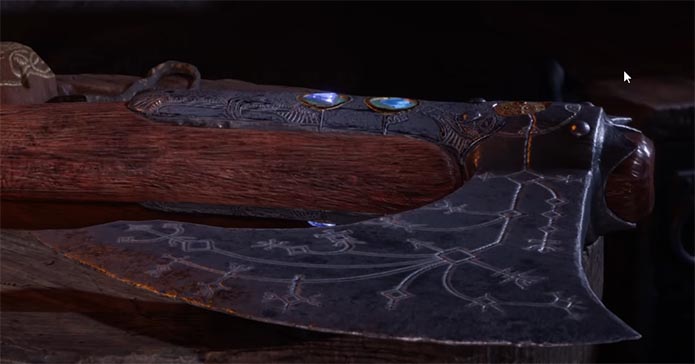 Guardian Shield: A mecha on Kratos’ arm that transforms into a shield used to attack and parry. The shield can be upgraded so that it can deal powerful blows and attack in an area.

Blades of Chaos: Another weapon of Kratos, dual forged blades that have the magical properties of fire. Originally given to him by Ares after he swore allegiance to the God of War, and stayed with him even after killing his former master, they can never leave Kratos no matter how hard he tries to get rid of them.

Bow Claw: Atreus’ main weapon. The bow has the ability to summon animals that attack enemies and help Kratos during battle.

Great news we recently learned: Kratos will start the game with both the Leviathan Ax and Blades of Chaos, which opens up a lot more fighting style possibilities from the get go.

Even before the official announcement of the possible development of a sequel, it became known shortly after creative director Cory Barlog confirmed in an interview that God of War 2018 will not be the last game for the protagonist Kratos, and that the setting of the future game in the series will still be based on Norse mythology and will include Atreus, the protagonist’s son. Shortly after these announcements, the development team repeatedly hinted at the imminent announcement of the sequel. So, for example, at the end of the game God of War, the approach of Fimbulwinter is mentioned – a three-year winter, followed by Ragnarok, the end of the world in Norse mythology. In addition to the main ending, the game also has a secret ending, in which you can see how the main characters in a dream meet an unfamiliar guest near their house. It turns out to be the Scandinavian god Thor, who will possibly confront Kratos and Atreus in the next game.

In September 2021, a gameplay trailer was shown during the PlayStation Showcase 2021 event, which also showed some cutscenes directly from the game. The revealed trailer also confirmed the exact title of the game, which had previously remained unknown since its announcement. After the PlayStation Showcase 2021 event, it became known that Eric Williams, who previously worked on the God of War series, was approved as the project manager, and Cory Barlog will act as his producer.

In a recent tweet, Santa Monica Studio confirmed than God of War Ragnarok has gone Gold, which means it is ready for shipment, so there will be no delays and the official November 9th launch date will be respected!

We are thrilled to announce that #GodofWarRagnarok has gone gold!

On behalf of SMS and all of our partners, thank you to the fans for supporting us over the course of development. We’re almost to launch and can’t wait for you to play on November 9! 💙 pic.twitter.com/vptHyKJ1JP

So there we are, just a week away from this beast of a game to be released. As you can guess, I will work tirelessly to bring you the best possible God of War Ragnarok Platinum Guide – 100% Walkthrough as quickly as I can while keeping the highest possible level of quality, as I’ve done in the past with my other guides.