Is The Relationship Between Board Games and Video Games Blurring?

Home / Is The Relationship Between Board Games and Video Games Blurring?

Home » Gaming news » Is The Relationship Between Board Games and Video Games Blurring?

Technology has crept into every aspect of our lives, from innovative gaming consoles to improved graphics and hardware, with video games becoming even more popular. We are also seeing a shift in the board games market, as they come back into style. In 2021, the global board games market is worth over $8 billion. There has been significant competition between board games and video games in the past, although this relationship is thought to be blurring. 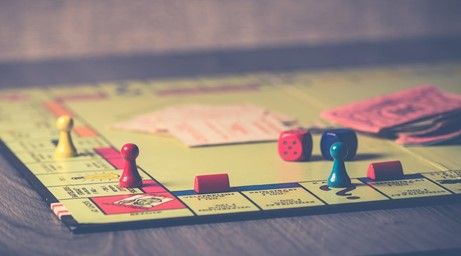 Most people think of board games like chess and snakes and ladders as a physical product, even though there are thousands of different games available. We are also seeing an increase in the number of board games that incorporate technology into gameplay. While technology has been used for decades to enhance the player’s experience, it’s becoming a lot more common, especially as apps are becoming integrated into the board game industry. This can remove some of the barriers associated with board games, such as remembering the rules, setting up the game, and even keeping scores.

While this shows a link between technology and board games, the most obvious is the growing number of games available for tablets and smartphones. These alternative versions offer a new edition of the game that can be played amongst family and friends without taking up space or worrying about losing game pieces. Having these versions available makes the game a lot more accessible as they generally cost less and offer a tutorial mode.

We are not only seeing board games made digital, as several video games have become available as board games, such as the farming simulation game Stardew Valley. While Stardew Valley has become known for being a relaxing game to play, the board game offers an alternative experience. The board game is designed to be a lot more complex to appeal to players looking for more of a challenge.

It’s also not the only video game that has been adapted. Tellstones is set in the same universe as League of Legends and offers an alternative to the online role-playing experience. If you want to become familiar with the online League of Legends experience, then Win.gg has all the latest news. Riot Games has announced changes to how event points are calculated during in-game events and Win.gg details how the new rewards will work, putting players at ease over the new rules.

Creating a board game not only adds another depth to the world loved by existing players but also offers up a way for new players to get into a game they otherwise wouldn’t play. Whereas playing League of Legends online may seem like a daunting experience, board games allow players to learn at their own speed, rather than be thrown in at the deep end with online gaming. 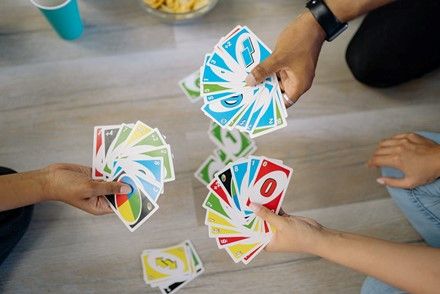 It’s not just board games that have had a technology face-lift, as card games are also being turned digital. Whether it’s playing card games on your computer, or UNO on your games console, technology really is reinventing how we spend our spare time. When you add in the fact you don’t have to put everything away when you’ve finished playing, digital alternatives will definitely appeal to more people.

Board games have come a long way in recent years and technology has made them a lot more accessible and compact. It doesn’t matter if you prefer the traditional version over the digital, you will generally have the same experience whichever version you play.