Paladin : Do you want to level one?

Home / Paladin : Do you want to level one?

Home » Guide » Class Guides » Paladin : Do you want to level one?

Hello there, and thanks for looking at my first guide! I hope this will help you learn something about whether or not you want to be a part of the Paladin community – or at the least entertain you!

The first thing that you will notice about this guide is that it’s basic. I have absolutely *no* idea what I’m doing with regards formatting here – hopefully people will give me hints, tips and so on but for the time being… wall of text!

Anyway, I have decided to write this because I want to contribute to the WoWPro community, and Paladins by and large are the only class I know how to level properly. (Apart from Hunters, but who needs information about those 😛 ) 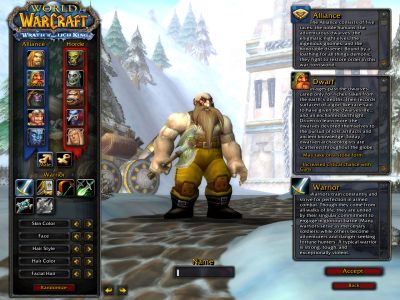 You’re stuck on the character creation screen!!! This happens to all of us, all the time. Which race to choose, I hear you say! Well, here’s a quick review of them all and their pros and cons for me. I will also consider how good the racials are, with regards the Paladin class.

Ok, so you’ve gone Horde. You have one option – Blood Elf. A pretty cool race for me, a good choice if you like what is almost a Human look, but on the Horde side.

“Silences all enemies in an 8 yard radius around the Blood Elf for 2 seconds.

Classes with mana bars (Mages, Hunters, Priests, and Warlocks) will regain 6% of their total mana.”

This is a viable trait for a Paladin. The silence is useable in both PvE and PvP – more so in PvP but still extremely useful in a PvE situation (Kurzen’s Compound, anyone?)

The mana regain is also very good – it could very well mean the difference between life and death!

Ahh, trusty Alliance. My choice here – but only because all of my friends play it. I’d much rather be Horde to be honest! The characters are so much more badass! Anyway, I digress…

So you have chosen the noble Draenei, a good choice. A tall race, a bit octopus – looking but still…

Gift of the Naaru

Quite simply a fantastic racial. It is a 1.5 second cast heal over time (HOT) which heals you for a total of 7+(3x your level). Don’t worry too much about this – just know that it heals for a lot, quickly! (15 seconds to be exact). I hear what you’re saying – “But I’m a Paladin, I can already heal!”
Remember – you have no HOT’s – and it doesn’t cost mana. This is important for a Paladin (again, cover mana issues later!)

This is a really useful racial. It adds a 1% hit, which effects both spells and melee – when you get to higher levels, fighting raid bosses and so on this is a very useful percentage.

Dwarf, one of my favourite races. They just look amazing, have a look at this Dwarf Paladin in Tier 5 Armor.
Anyway, here are their racials (or the useful ones at least!)

Stoneform is a pretty cool racial. As in, arguably the best PvP racial in the game!!!
It increases your armor, making you get hit for less. It also removes all poisons, diseases, and bleeding – and then makes you immune to them for the next 8 seconds! Cast this and just /lol at that Rogue! Then pound his face in.

This is handy – in the Dwarven starter area you will be using a mace of some sort, and likely to use them in the future. Don’t overlook this. This will remove some of those annoying “miss…dodge…miss…parry…miss” rotations I have noticed a lot with Paladins.

Last but not least, the noble Humans!

The Human is an aesthetically pleasing Race. They look – how to phrase this – normal! This isn’t for everyone, but if you don’t enjoy a short character, one with Octupus tentacles on his face or an Elf, this race is for you – and it’s racials, some believe, are among the best in the game.

Pretty simple here. Diplomacy is a racial effect which increases the reputaion gained by 10%. Of course, you’re going to be following guides from this website – all of which are the best there are 😛
You will be doing a lot of questing, and as I’m sure you know all quests (or most!) offer Reputation as well as material rewards. This goes towards being able to buy mounts, armor, weapons and other great items – and as such is important later on. Some people even take to grinding certain enemies for days on end for pure reputaion! So, basically – an amazing racial. Useful!

A pretty handy PvP trait here, allowing you to see stealthed targets easier. It works out at about 1 level.

Every Man for Himself

A very useful PvP trait – but also for the occassional PvE encounter. This allows you to break free of any movement impairing effects – it is essentially a trinket in disguise. It sadly shares a cooldown with one, but this still remains a great trinket slot – freeing spell.

Do I really have to explain this one? Your expertise with all Swords and Maces is increased by 3. You hit more often. Enough said!!! As a Paladin this definately helps, as I mentioned earlier.

Again, I’ll mention how awesome I think Dwarf Paladins look – and this is the only reason you should pick a race. Don’t pick one based purely on racial abilities – if you’re a hardcore raider you aren’t going to be reading this guide anyway! If you’re going to look at the behind of a series of pixels for 80 levels, ensure you like the look at least 😉

So you’ve made it this far, and you’ve created a Paladin.
OOPS, my bad… 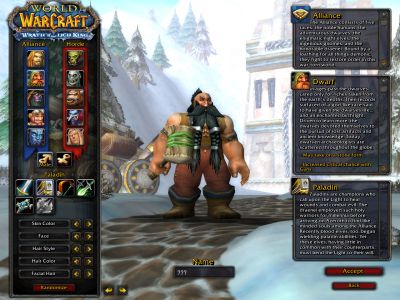 You’re stuck at the naming process!!!
This, of course, should only be a problem if you play on an RP– Role Play – server (homage here to my old server, the Sha’tar, and my favorite Guild the Stonefoot Clan. Good luck guys!)
Of course, there are many name generators you could choose, but originality feels best. Try and think of a name that suits your playing style – are you a good Paladin, or have you rejected the light? What are your reasons, as a character, for playing? What’s your back story – are you from a wealthy family, or are you a ‘rags to riches‘ type? The possibilities are endless!! 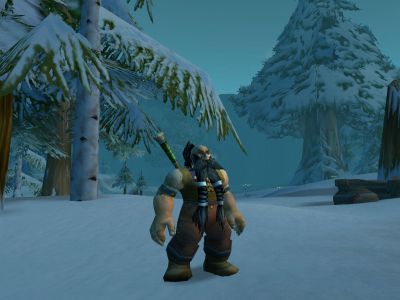 Welcome to World of Warcraft! Head on over to Irwezsh’s fantastic Paladin Guide to learn everyrthing about leveling up your new class! What’s that? You don’t know what you’re doing? Well, lucky you. You’re part of a great community here, and as such you have all the help you could ever need! Here are links to the old guides, viewable on the net, for you old fasioned types –

And for you who like to be ‘up and modern‘ – and I would strongly advise you use this – the in game leveling guides. These are amazing – they tell you where to go, what to do, how to do it and where to go back to turn everything in. What more could you possibly want?!

Alliance and Horde In-Game Leveling Guides, 1-80 (Some guides are as of yet incomplete.)

Finally, I’d like to give unrequited thanks to Jame and Snowflake, the two people who have helped me arduously level my Horde and Alliance characters through tough times. (Fantastic alliteration, I think you’ll agree 🙂 )