[Pet] Getting a Ghost saber

Home / [Pet] Getting a Ghost saber

Ghost Sabers, they are beasts that can be tamed by hunters. They are in the cat family (Surprise surprise).They are fairly rare pets because they have only one zone in the game that they can spawn in. This zone is also probably one of the least popular 10-20 leveling zones. Where? Darkshore. But how do I recognize one? Well they look like this:

Hey whats that! No I mean that cool looking cat you have there. A ghost saber you say? Cool where do you get one? This is a question I myself asked back when I played my Night elf hunter back in 06. I figured that I should write a guide about it so here we go! Ghost sabers can be spawned in the Ruins of Mathystra in Darkshore. You are going to need to be at least level 19, but 20 is recomended because the ghost saber spawns at levels 19 and 20. Now the naga there are aggressive and will attack you. This makes it a good idea to tame a pet you plan to abandon if the Saber spawns.

How to get there you ask? Well for Dwarves, Gnomes, and Humans just head to Stormwind. Humans will need to run there, while Dwarves and Gnomes will take the deeprun tram from Ironforge. Once at Stormwind head to the west end of the City until you reach Stormwind harbor. Wait for the boat to Auberdine to arrive, then take it. This process is even simpler for Draenei and Night elves. Just take the boat from your respective starting zones right to Auberdine. Now for members of the Horde this is going to be a little bit more difficult.

First, start in Orgrimmar, heading to the side gate, as shown below. 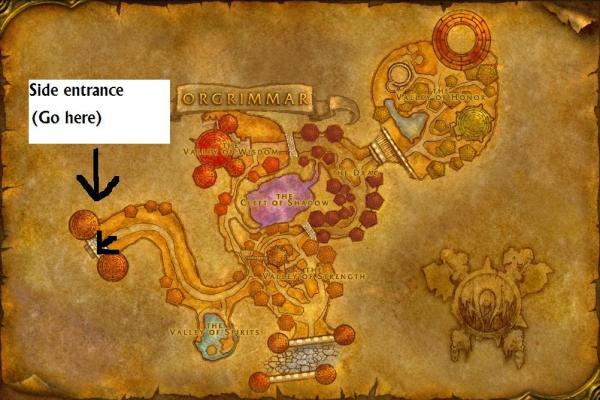 Now follow the bridge to the Barrens, and then north to Ashenvale. Try to go around the Sludge Fen, the goblins can swarm you and easily kill you. 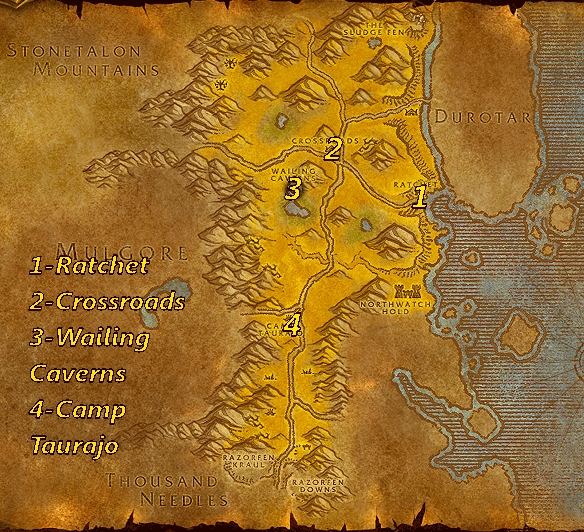 Once in Ashenvale follow the map below. Getting the Splintertree post and Zoram’gar Oupost flight points are highly recommended for later questing. Avoiding Astrannar is critical though, level 40 alliance guards will not give you a comfortable travel experience. Red lines and red text are optional but recommended, while black lines give you an easy route to follow. 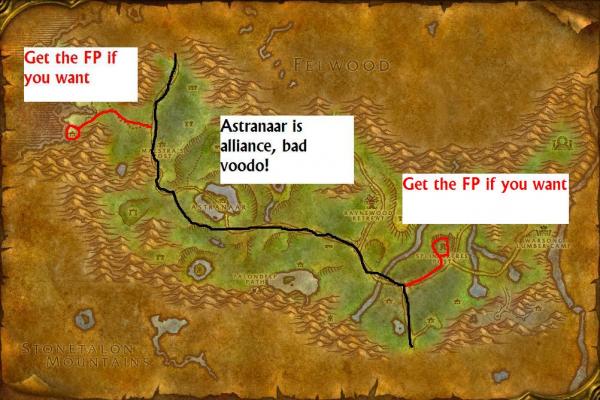 Your in Darkshore now! This step is for alliance and horde, black is the horde path and blue is the alliance path. Horde parties still need to steer clear of Auberdine, even now level 40 guards will not give you a comfortable traveling experience. 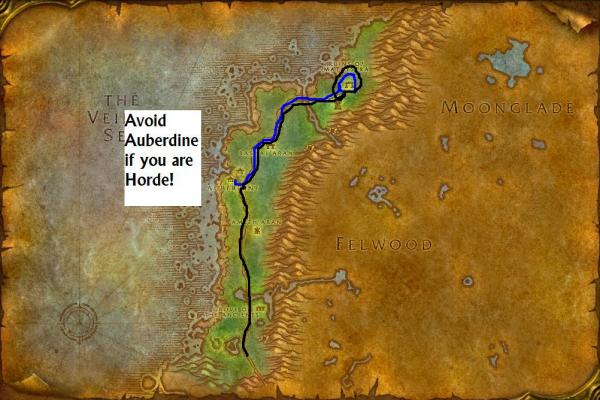 Well here you are in the Ruins of Mathystra! Isn’t it pretty? That’s not why you are here is it? To Spawn a ghost saber you must click on the cat statues scattered throughout the ruins, while hopefully avoiding the naga that patrol here. The cat figurines look like a little like mini striped Night Elf racial mounts:

If your level 20 or higher, be sure to drop a freezing trap before you open the figurine. The cat will spawn almost immediately after opening the statue, and the freezing trap will last you through almost all of the tame. Dwarves should be sure to pop find treasure, as the cat figurines show up on the mini map, making this much easier for them. When I got it on my night elf I spent over 2 hours on 2 separate occasions opening figurine after figurine to no avail. Finally I got it. On my Blood elf however, I managed to nab one on the very first figurine. It did take a while to get there on my BE though.

Congratulations! The ghost saber was caught! It is one of the rarer pets in the game because many people are to lazy to research how to actually get it. With the hunter pet leveling changes, the most you will have to level this little guy up is 5 levels. When tamed or called out if the pets is 5 or more levels below the hunter then the pet will level to 5 levels lower then the hunter. Oh and by the way, if he randomly dies a short time after you tame him, do not worry. It only happens once and has something to do with he despawn timer.

For all of you non hunters out there, if you really want to get one of these guys there is a way. Get to the ruins the same was as above, but this time when a ghost sabre spawns just kill it. Sometimes a glowing cat figurine drops, allowing you to summon one of these guys to aid you in your fighting for 10 minutes. These are tough to get, and only have one charge but its well worth if for some.
*This guide is also on my blog, aspectofthedruid.blogspot.com