Should I play Elden Ring?

Home / Should I play Elden Ring?

If for some reason you’ve not heard about Elden Ring, it is high time to correct this unfair state of affairs. Let me start by telling you that Elden Ring will almost certainly be, hands down, the 2022 Game of the Year, unless something completely new and incredible comes out this year, which is very unlikely.

Elden Ring was released in February 2022 on all platforms (PC, PS4 & PS5, Xbon One & Xbox Series) and is pretty much all the gaming community is talking about since, and for good reasons:

But if you haven’t played it yet, it might because of some things you heard that made you think this game was not for you. Let me try to convince you otherwise.

What is Elden Ring?

An action RPG developped by FromSoftware (Dark Souls series, Bloodborne, Sekiro, Demon’s Souls – All critically acclaimed masterpieces by the way). Elden Ring is set in a dark fantasy world, with a background story and lore written by no other than George R.R. Martin (Game of Thrones / A Song of Fire and Ice).

The game was released on February 25th and had already sold over 12 millions copies by mid march and has had over 500 000+ active players throughout the whole month of march, just on Steam alone. 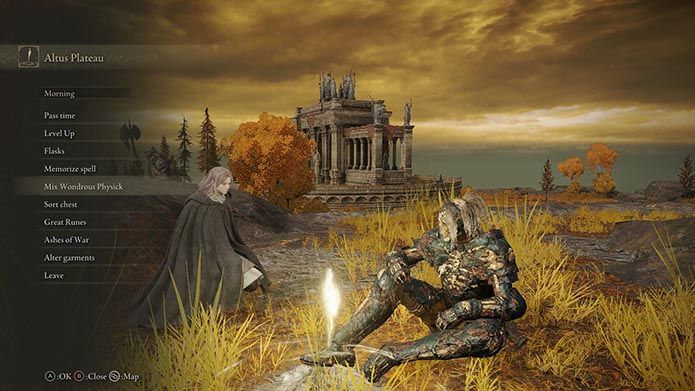 You play through a third-person perspective, freely roaming a giant open world, filled with places to explore, from the smallest cave to the largest castle dungeons, snowy mountains and lava lakes. You can start as one of 10 classes:

All with different starting stats and equipments, but do not worry too much about that, you can evolve into whatever specialty you like through leveling. A Samurai can end up being a very powerful mage. The game is very flexible and allows you to be extremely creative with the way you build your character. So just pick whatever your like and start your adventure.

What about the Elden Ring story ?

The Elden Ring is a power which governs the Lands Between, a realm split into regions ruled by demigods (which are pretty much all the offspring of Queen Marika).

Following an event called “The Shattering”, the ring was fragmented in runes and that’s when things started to deteriorate.

Your character is a “Tarnished”, an exiled warrior fallen from grace, called back by an unknown force to save the world.

That’s the simpliest way to put it, but the story of Elden Ring is actually much more complex and interesting than that, it cannot be summed up in one article, so I’ll let the master himself present you the glorious Lore around Elden Ring, one of my favourite youtubers, Vaatividya:

Is Elden Ring too hard?

If you haven’t touched Elden Ring yet, one of the main reasons is that you’ve heard horrible stories about it, about how the game is just too hard and frustrating. While that may be true if you’re completely new to the genre and dive in blind without taking any word of advice, let me explain why you should approach this game differently: 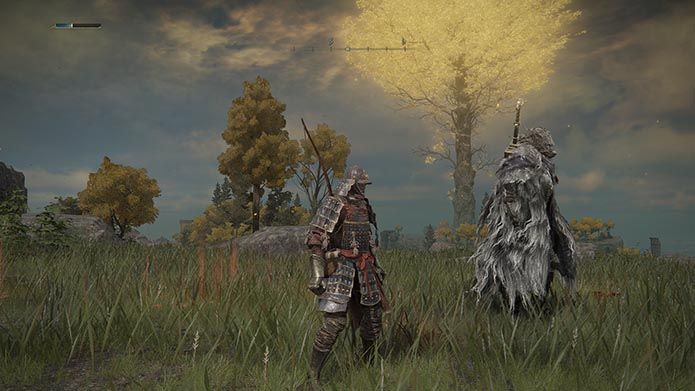 Elden Ring is not as hard as previous souls game:

That’s just the tip of the iceberg, there are dozens of mechanics and tips to make your life easier in Elden Ring, so if you really want to enjoy this game, whether you’re a new souls player or a veteran, whether you consider yourself a pro gamer or a casual gamer, I highly suggest to check out my Elden Ring 100% Walkthrough (work in progress), which has everything you need to complete the game entirely, acquire all items, weapons, armor and spells, complete every quest, experience every piece of lore, but is also filled with tons of basic and advanced combat advices.

One more thing: I know some of you just want a casual gaming experience, enjoy the story line and not have any sort of frustration while playing a game. I understand this perfectly, but if you’d allow me one request: give this game a try anyway, the feeling of achievement when beating a tough enemy, after dying a bunch of times, is incredible. Trust me! However, if you’d rather play a more casual game where you don’t die or get frustrated, you can go look for reputable and secure casino sites like Happy Luke Link. The best part of these games is that you have multiple types of games to choose from. So, finding a perfect fit isn’t going to be a problem.

But let’s get back to why Elden Ring is such a huge success.

Why the game is very Popular 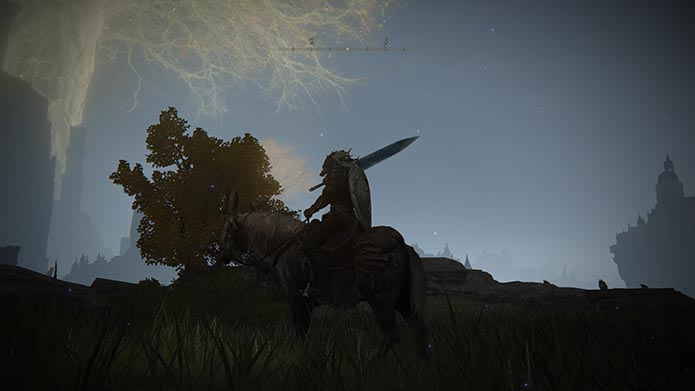 Elden Ring is a very popular game. There are many reasons why this game is so popular, but perhaps most importantly, it’s been in development by some of the most talented people in the industry. It also has an incredibly detailed story and lore that will keep players engaged for hours on end, and if you enjoy a good story, this is the game to play. The graphics are also stunning, which is another reason why this game is so popular.

The level design is probably the best you can find in in any game currently on the market. The combat system is extremely well made, rewarding your playstyle (or punishing it if you’re too reckless), the enemies all have such pixel perfect hitboxes, you can really feel the realness of the battle when that giant troll’s sword misses you by a hair.

You can really play this game however you want, if you want to swing an Ultra GreatSword and dodge around, that’s possible. If you want to be a mage and cast Comets, Meteorites and Magic Arrows from afar, you can do that every effectively. You want to be a paladin, heal yourself and cast dragon incantations? Check. You’d rather be a huge tank and hide behind an impenetrable shield? That’s an option. You’d rather be a very nimble assassin or a samurai and bleed your enemy to death with double Katanas? That can be done.

Over a 100+ hours of content to explore. This open world is huge, but also dense. You’ll be rewarded for your curiosity, exploring everything is never a disappointment. The game also has 6 different endings, so there is a lot of replayability. You can do New Game+ several times to keep your character and end up level 200+ if that’s how you want to play it.

Last but not least, it’s refreshing to finally have a game that is so bug-free on release day, with all features delivered and no micro-transactions to access content.

So, have you played Elden Ring? What was your experience like?

You haven’t played it? What are you waiting for?! Let me know in the comments below 😉