Elden Ring has a lot of gear. In the Lands Between, there is no shortage of weapons and armor to acquire, ranging from curved swords to large shields and complete armor sets that will make your Tarnished seem like a werewolf knight. However, while certain items scattered across FromSoftware’s gorgeously barren landscape are easy to find—perhaps taken from a dead monster or buried in a random chest—others might take many hours to get. To help you, we have included some of the most elusive weapons in the game, plus a guide on how to get them.

Elden Ring includes enemy drop rates similar to earlier Soulsborne titles, thus you can routinely use the same weapons as your adversaries. Due to the very unpredictable nature of the likelihood that gear will spawn, this statistic, which is based mostly on random number generators, makes getting goods extremely difficult. If something has a high drop rate, like the common dagger does, you’ll probably discover it either in the Lands Between or on a dead foe.

However, given that certain weapons have drop rates as low as 0.5%, it’s likely that if you want to get one, you’ll need to spend a few hours farming for it. Just like when you check best Australian online casino 2022 and play your favorite games, in Elden Ring there are methods to improve the rates and the overall gaming experience. That includes wearing special gear that multiplies an item’s drop rate and raising the discovery stat through arcane. 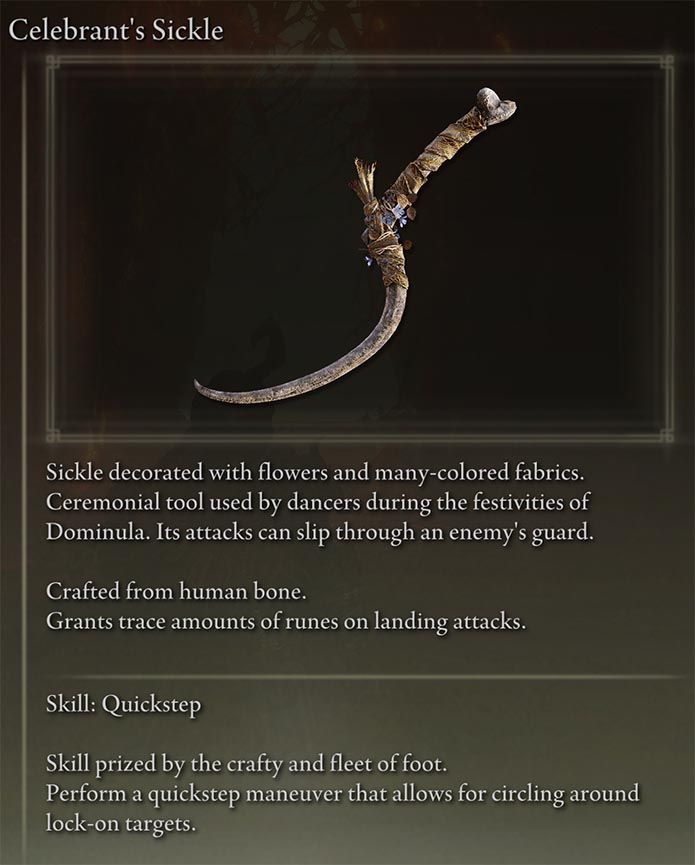 The Celebrant’s Sickle comes first, with a drop rate of 0.5 percent. With a physical attack stat of only 79 points, this dagger doesn’t deal a whole lot of damage, but what makes it unique—aside from how difficult it is to procure its passive skill. You receive 10 runes for each successful hit. Sure, the Quickstep weapon skill is cool and useful in tense battles with numerous enemies because it allows you to avoid damage by dodging out of the way. However, the fact that you can increase your wealth by merely attacking enemies in the Lands Between is unrivaled. It is simply amazing.

You will need to go to Dominula, Windmill Village, a flowery outpost in the Atlus Plateau filled by unsettling dancing cultists, in order to obtain this one. There are only two adversaries worth killing in this hamlet, and they are both wearing torn blue robes and carrying a dagger. You might engage in combat with the other cultists, who could drop the Celebrant’s Cleaver or Celebrant’s Rib-Rake, but the rune benefits come from the dagger. There is a Site of Grace just in front of the outpost, despite the Celebrant’s Sickle having a 0.5 percent drop rate, meaning you will have to farm for it for some time. So you’ll only need to go to the Site of Grace, kill the two cultists wearing blue, then do it again till you succeed. 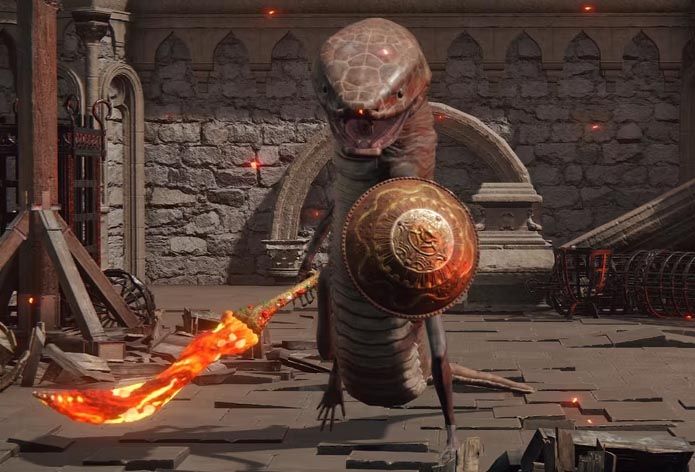 The Magma Blade, a curved blade with a 1% drop rate, comes next. It is not very powerful with only 96 points of physical attack damage. The sword’s spectacular weapon skill, Magma Shower, which spews forth enormous pools of lava onto the floor to inflict constant ticks of fire damage to an adversary, makes up for its meager attack stat. Even if it’s a pain to really battle against, it makes it a relatively valuable weapon to acquire. To acquire, you must farm the Man-Serpent enemies wielding the orange glowing Magma Blade at Volcano Manor.

Two of the Man-Serpents can be accessed quickly by going up the wooden elevator outside of the building to the North of the Temple of Eiglay Site of Grace. 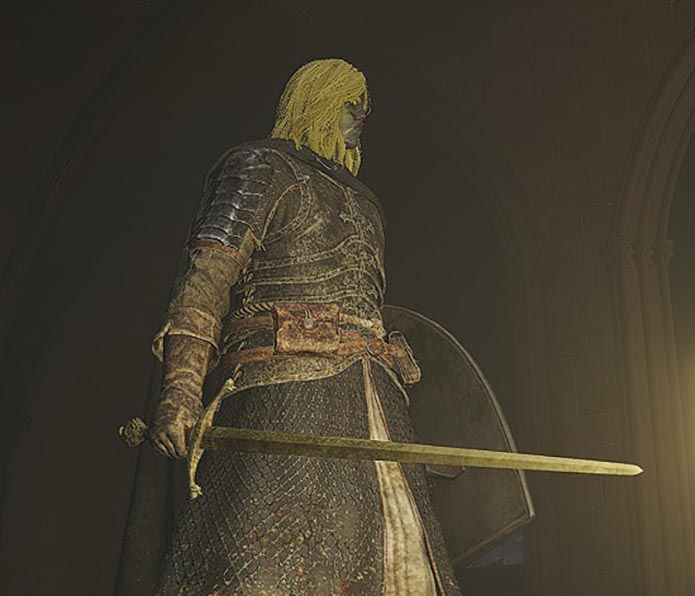 Last but not least, two weapons can be acquired in the same location: the Noble’s Estoc and Noble’s Slender Sword. However, because they both have a 0.5 percent drop rate, you’re more likely to find the first one than the latter. Starting with the Noble’s Estoc, this thrusting sword has the lunging weapon skill Impaling Thrust and has a base 104 physical attack damage. The Noble’s Slender Blade, which has a base physical attack damage stat of 101 points and the quick-slashing Square Off weapon talent, is regarded as the longest straight sword in Elden Ring. Even though both weapons are not that great, their low drop rate has made them somewhat of a collectible.

What is your favorite weapon in Elden Ring? Let me know in the comments.