[Warlock] How to get a Dreadsteed

Home / [Warlock] How to get a Dreadsteed

The epic mount for warlocks, is attainable at level 60, as all other classes. However, for us is slightly cheeper, although perhaps more difficult. But the finally is well worth it, not to mention over 70,000 experience!

As you are doing these quest, you should also be collecting the following materials, as you will need them to finish this quest. I spent approximately 100 gold on these in the auction house.
Elixir of Shadow Power X 2
Large Brilliant Shard X 6
Dark Iron Ore X 25
Black Dragonscales X 3
Arcanite Bar X 1
Crescent Key (or a 300 Locksmith)
406 gold (156 gold if you know anther warlock who has J’eevee’s Jar, Black Lodestone, and Xorothian Glyphs.)

Upon reaching level 60 all warlocks should high tail it to the trainer in Orgimar or Ironforge for the usual even level training. While your there, pick up the quest:

This will make you next target Burning Steppes, coordinates 12, 31. Speak to Mor’zul and Gorzeeki, pick up:
Rage of Blood
Lord Banehollow

Once you have collected these two quests, head to Kalmidor. It is recommended you have a soulstone, healthstone, and a few health potions. Also, BE SURE YOU HAVE 150 gold BEFORE DOING THIS! Fly to Bloodvenom Post, and head to Shadow Hold(35,57). Drink your shadow potion at the beginning of Jaednar (no one will attack you except the oozes) and walk to Lord Banehollow at the end of Shadow Hold, which takes about 10 minutes or so. Talk to him and get the follow up:

Go back to the hollow part of the cave where the bridges are and look for Ulathek(41,49) in one of the rooms. Take out your voidwalker, if you have not already. Talk to him and go through the dialogue. About four guards will attack you along with Ulathek. Focus fire on him and make sure voidwalker area taunts(suffering). When he is dead, loot him. You can keep taking out the guards if you like, but I just ran away. You don’t need to kill them. I just sacrificed my voidwalker and walked away. Run back to Banehollow and turn in the traitors heart and get the follow up:

Purchase some dust from the guy behind him and we are off to Winterspring.

I hit up around The Hidden Grove(65,19) for these raging beast blood. Took about an hour.

Before returning to the Steppes and turning in these quest, you should have the above mentioned materials, so you knock out all the quests at once. Also, if you haven’t found another warlock to assist you, you will also need 250 gold. this will be a good time to star putting together a group for Scholomance and Dire Maul West.

Once you have everything you need, go back to Burning Steppes, and turn in your quests. If you have all your mats, you willl turn over quite a bit of experience. Pick up and turn in the following:

Also pick up Imp Delivery, and get your party for Scholomance. Once there head to the southern most room, were Ras Frostwhisper‘s alchemy lab is, clear the room, and open your Imp in a Jar; watch J’eevee do the work. That done, we are back to Wildeyes for the last quest!

If you still haven’t found any warlock assistance, bite the bullet and buy J’eevee’s Jar, Black Lodestone, and Xorothian Glyphs from Wildeyes. Quickslot the Lodestone. Also, grab Dreadsteed of Xoroth from Morzul. Now get your party of five and head for Dire Maul in Feralas.

The climax!! This the end, and you are an hour away from your epic mount! Nervous? I know I was.

They are powered by arcane-immune Arcane Remnants and Arcane Aberrations, which must be killed to deactivate them. Be sure to clear the Garden area prior to defeating Tendris Warpwood. My party almost wiped here. Once defeated, you will be attacked by anything left alive behind you.

Once he is dead, head through the door and clear the circle surrounding Immol’thar, rest, buff and head in for the kill. 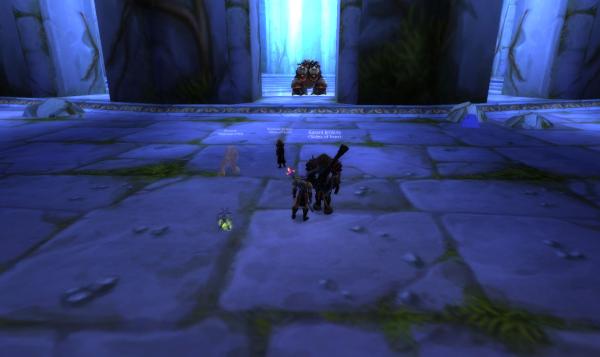 Now that the area is clear, rest again, and prepare for a long battle against felguards and imps. Activate the jar, and watch J’eevee work again. Once he is finished, the demons begin to roll. Tell you party to focus on the felguards, and AOE the imps when you can. Your main focus as the warlock is the bell, wheel, and candle. As the ritual continues, they will randomly sag. Use the lodestone “repair” them (this uses your soulshards). Any hit taken will interrupt your casting. If all three items go down, the ritual will end and have to be restarted. The ritual takes about 6 to 10 minutes to finish. Once complete, a swirling red vortex will appear. Clear the rest of the demons and take a deep breath, your almost done. 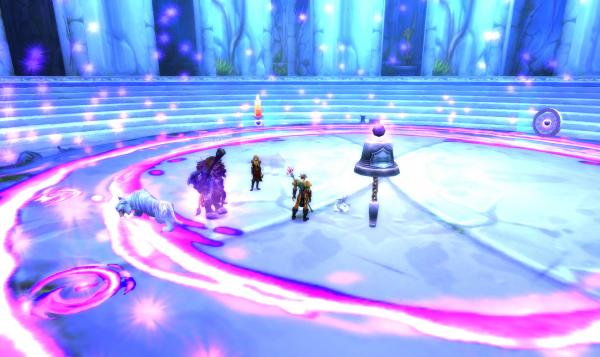 Rest and rebuff and prepare for the finally. When your ready use the Glyphs. This will summon your dreadsteed,which you must fight to about 50%, at which time Lord Helnur’ath will appear. Defeat him and the horse is all yours!! 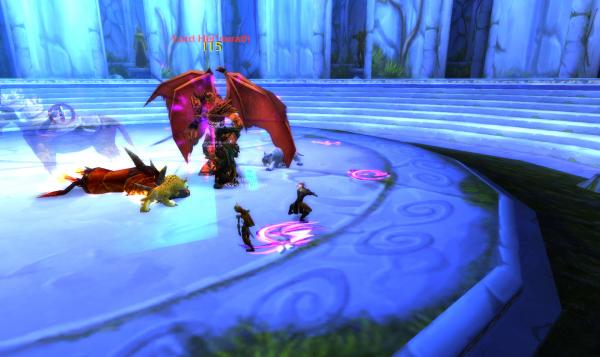 Hope this guide has helped you all out. Big thanks to wowwiki and wowhead. And if your on my server, I’ll help you out.