WoWPro addon has two keybindings implemented, that you can make use of while playing:

By “first” above, I mean from top to bottom on the addon’s guide panel, following the guide progression.

Instead of clicking the quest item button associated with the quest “Speaking their language” (shown in the image below), you can use the keybinding to use that item (default: CTRL-SHIFT-I). In this case, the pressed keybinding blows the horn to summon the quilboar’s chieftain… *snort* 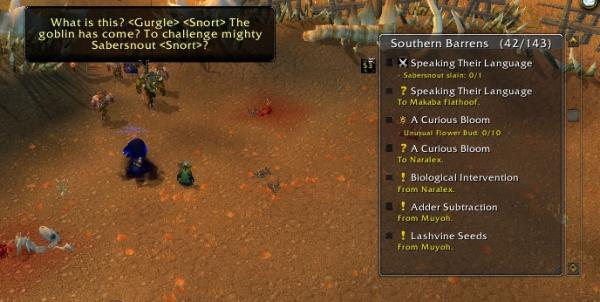 How to change WoWPro keybindings

Open up the game options frame (ESC), and click on Keybindings. 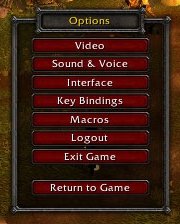 Scroll all the way down (or almost all the way, depending on other addon’s keybindings you might also have) to find the WoWPro keybindings. If you haven’t changed the default keybindings yet, you should see something like this: 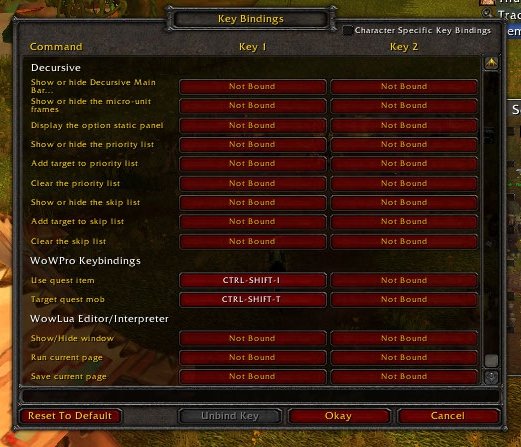 Then you can change WoWPro’s keybindings like any other in the game, including also adding a second key for each.

If you notice any other issue, please feel free to post a reply here or on the addon’s general bug report page.

Also, I don’t plan (myself) on adding any more keybindings to the addon, but I wrote that part of the code to be easy to expand. So, if any other developer wants to add more keybindings, I’ll gladly point you the way.