Ok, so…  Just over a month ago I held a poll on WoWPro.com allowing the community of WoWPro to choose my class.  And that they did, they chose Hunter for me and a Hunter I created. 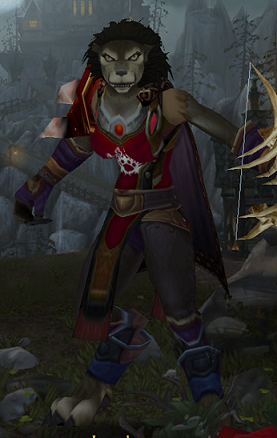 I decided to create a Worgen to see just how fast I could leave the starting area.  It took me 2 hours and 28 minutes to go from hitting play for the first time, to arriving in Darkshore.  By that time I was level 15, that’s just under 10 minutes per level.

It probably would have taken less time, but as anyone knows who has made a Worgen (or Goblin, even a Death Knight), it takes forever to get through the starting area. That and I kept getting distracted.

Stay tuned for the next part.

Keeping this over at http://crackerhead22.blogspot.com/ as well.