Elden Ring may be more of a RPG than ‘Dark Souls’, but it’s nothing like traditional JRPGs

Home / Elden Ring may be more of a RPG than ‘Dark Souls’, but it’s nothing like traditional JRPGs

Home » Elden Ring » Elden Ring may be more of a RPG than ‘Dark Souls’, but it’s nothing like traditional JRPGs

Elden Ring is the upcoming RPG from the makers of Dark Souls. Developed by FromSoftware Inc., this is a JRPG created from the minds of Hidetaka Miyazaki and George R.R. Martin. That fact alone means that gamers can expect a title that’s heavy on the RPG.

However, questions remain. Will this be the classic anime-inspired RPG you would expect from Japan or the grind-heavy games that have been hammered out in the past? If you’re looking for a challenge, this is the game for you, but how does it compare to Dark Souls, Bloodborne, and Sekiro? 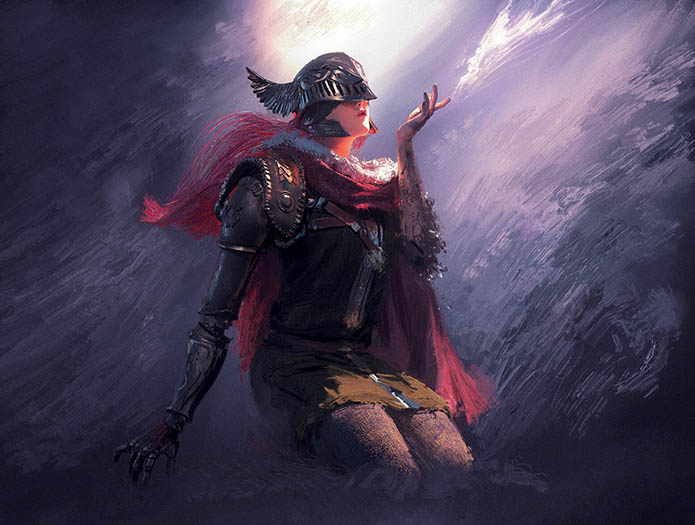 One aspect that Elden Ring continues to embrace is some classic tropes familiar to JRPGs, such as stat point allocations from leveling and customizing your character for your own playstyle. But FromSoftware games are known for their serious and dark universes, Elden Ring is no exception to that, so don’t expect features like minigames and other similar fun diversions you’d otherwise find in JRPGs such as Final Fantasy 7 Remake. Elden Ring will not only be very dark, but it will also be difficult and you will die a lot while exploring is, so if the kind of gaming you enjoy is more casual, such as online casinos with offers like Ladbrokes free spins, Elden Ring is maybe not the best match for you.

However, Elden Ring is also all about collectibles and killing monsters for experience, which continues from other FromSoftware titles like Dark Souls. Collect all weapons and all Armor sets, whether you’ll use them to slay monsters is up to you, but you’ll at least want to have them for fashion reasons!

Elden Ring continues to offer many features appealing to lovers of the classic RPG formula, so it will not feel massively different from other genre titles due to its basic gameplay that players have enjoyed for decades.

One of the significant changes within Elden Ring is more freedom. The freedom to explore and not be confined to a linear path. For the first time, the game also includes a world map to help players find their way to points of interest and fast travel.

Within Elden Ring, Sites of Grace function as the old-style « bonfires » found within other FromSoftware titles.

The enhanced co-op mode is another cool feature to bring this RPG out of the classic single-player experience. Rather than clunky and awkward, Elden Ring’s co-op makes playing with your friends seamless.

How Difficult is Elden Ring? 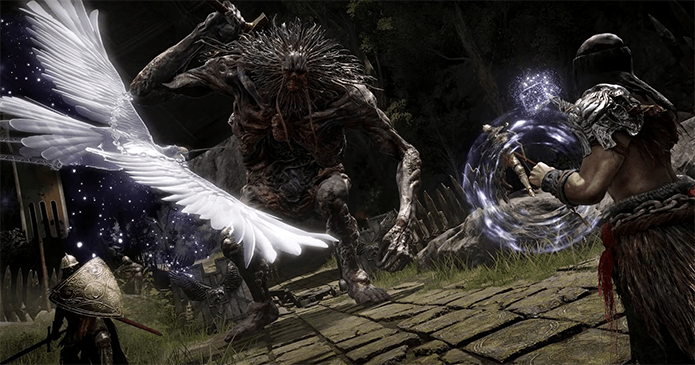 The lack of approachability has traditionally turned away many casual players from Dark Souls, but Elden Ring aims to change that. Although challenging, a new feature provides you with a bit of help.

Summoning Ashes enables you to summon AI allies to help you in your biggest battles. For example, Lone Wolf Ashes will call three wolves who can draw aggro and take the pressure off you.

These helpful features drastically reduce the difficulty level and ensure that casual players can enjoy a title that combines the RPG and JRPG experience.

Should You Play It?

Some commentators have said Elden Ring is too similar to Dark Souls, but this is far from true. There are similarities between the titles, particularly regarding many of the classic tropes and the artistic styling, but these games are fundamentally different.

FromSoftware aims to provide an experience that appeals to different types of players.

Elden Ring is not a rehashed JRPG or a Dark Souls clone when it comes down to it. It stands on its own two feet, and everyone should be excited to jump into this glorious dark world.