How to Gamble in World of Warcraft: Tips and Advice

Home / How to Gamble in World of Warcraft: Tips and Advice

Millions of gamers all around the world continue to enjoy the legendary MMORPG World of Warcraft. The game has been among the most popular titles available for the longest time. However, did you know that this game offers a ton of gambling-related features that one can try out?

These are rather simplistic mechanics that were intended for different purposes, but players utilize them to simulate casino-like experiences. Obviously, there are some pros and cons to it. The good thing is that you are able to play casino-style games in WoW, but what is tricky about that is that these are run by regular players like you and me. So it’s purely up to your preference. You can gamble in WoW for the role-playing aspect of it, or try conventional casinos with their security and lucrative bonuses. One of the reasons for giving out bonuses is to attract new players.

With that being said, you can find the most notable examples of gambling in World of Warcraft below.

Since the game’s debut, WoW has had an inherent in-game feature known as the /roll. You can use this function to automatically enter a chat channel and roll a number between 1 and 100.

The ability to play with others sets the /roll command apart from other gambling features. A player is required to use the /trade option to instantly return a certain sum of gold after winning a roll. When it comes to the /roll command, there are many similarities to gambling websites, especially when you look at how this feature works. 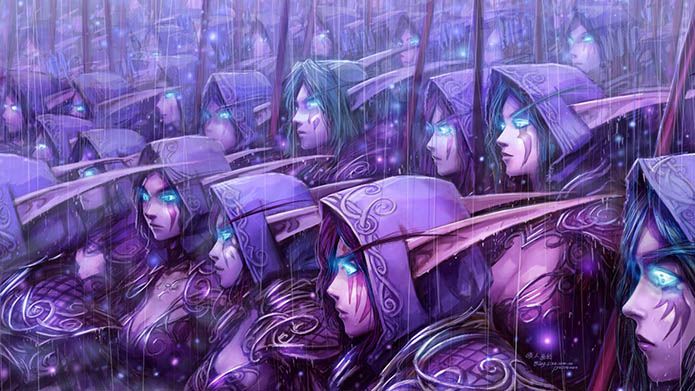 Numerous users created their own casinos, much as they did with the /roll command. Each WoW player can, in theory, start their own casino by utilizing a variety of macros, unique commands, and add-ons. Creating a mini-casino game would be quite easy, and there are many macros you can find online.

When promoting their gaming services in chat channels, those casino owners typically create new personas with distinct brand identities. You may find hundreds of those casinos that provide WoW players with casino-style games. There are even certain areas in the world of WoW where these players meet up and host games. People frequently may be seen playing death-roll games in the same locations. After all, having a wide range of ways to have fun is the whole point of World of Warcraft.

Fortune cards are a rather new addition to the game. They provide players with special gambling mechanics that were previously missing from the game. An in-game item called Mysterious Fortune Card can be redeemed in addition to obtaining a unique Fortune Card.

This one will inform you about your future while also showing you how much money this thing is worth. It may also be sold to in-game merchants for a price between 1 silver and 5,000 gold. 5,000 is a very large figure that may be utilized for a variety of things in the WoW economy.

Some players use these cards for their own profit. These are being sold at an auction house by some astute gamers, who are making more money than the players could ever win with these cards. While some players may attempt to earn a fortune by utilizing this gambling mechanic, it is clear that it was developed for the purpose of having fun and not much else.