by Nilz | Guide Guide book Leveling and Questing Guides Player vs. Player Guides | 4 Comments | 23 Feb 2009
Introduction
This guide was made to help those who don’t the reason or what to do during Alterac Valley. In this guide I will explain what to do, how to do it, quests, and how to do those quests. Some people don’t realize the potential of AV and how useful it can be. I think it is the most entertaining battleground as well as being a goldmine for honor (don’t believe me check my Honor Guide) it is alliance based, however you can use it for horde too.
What to Do
When you are in AV the point is to either get the other team’s reinforcements get to 0, or kill the other team’s commanders. 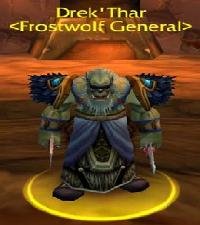 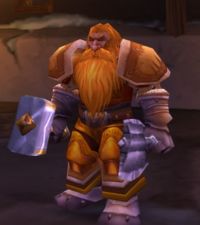 If you don’t want to kill the commander you can try to get the enemy’s points to 0. There are several things that you can do to get their points lower:

1. Kill the other team’s captains

When you kill the captain the other team’s points go down about 100 points. 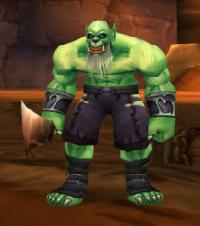 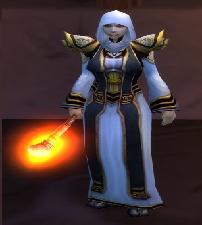 Both team’s have several towers guarded by archers at the top. Every tower you destroy the other team lose points. Some towers contain friendly npcs that you can run back to your camp.

There are GYs all over AV guarded by about 4 npcs. Easily solo able at high levels. These are useful because they help you progress towards the enemy camp. These also decrease the enemy’s points.

4. Kill the Other Team

Basically, kill the other team, for every kill made the enemy loses 1 point.

There are 2 mines in AV, when you capture the enemy’s by killing the boss at the end of the mine. When you capture a mine your team gain points, which is always helpful, that’s all there is to winning …but wait there more! 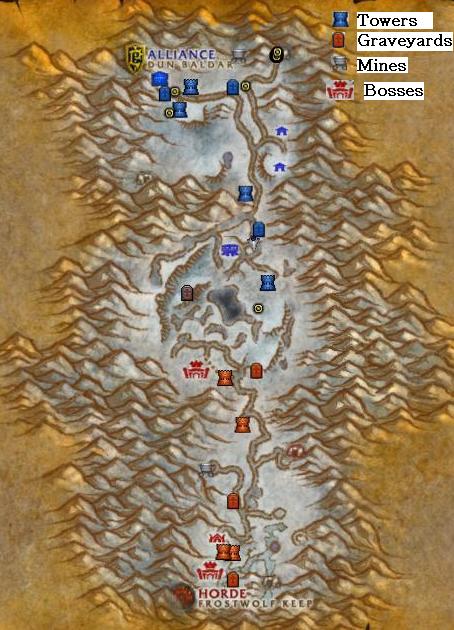 There are a lot of quests to get from this battleground …and here they are.

Battle for Alterac – This quest is given by Voggah Deathgrip and in order to complete this quest you need to kill Vanndar Stormpike.

Hero of the Frostwolf – This quest is a follow-up of Battle for Alterac and all you have to is choose a reward.

Battle for Alterac – This quest is given by Prospector Stonehewer and in order to complete this quest you need to kill Drek’Thar.

Hero of the Stormpike – This quest is a follow-up of Battle for Alterac and all you have to is choose a reward.

AV is so easy right? Well it can be if you use the right strategy (i.e. the one I explain here) if you use a bad strategy well things can get really ugly for your team …fast.

The faction strategies differ slightly but are in the general idea.

When you start mount up and and go in generally straight line towards Balinda Stonehearth, don’t go for the neutral GY that is in the middle of the map because usually the Alliance will get the first because it is closer to them, instead send a couple guys to take the GY just a bit farther then Balinda Stonehearth that way if you do die then you resurrect close to the fight. Also take down the tower just before Balinda Stonehearthas well as any other tower you see on your way. After you have killed Balinda Stonehearth go farther north while capturing all nodes on your way. Make your through the Alliance bases until you get to Vannar Stormpike. But, before you go in make sure you have enough guys as well as controlling (not in the middle of controlling it) the GY close to Vannar Stormpike just in case you ever die. After that is done establish your healers, dps, and main tank. Once that is done run in the building and kill Vannar Stormpike’s guards as well as Vannar Stormpike just remember that his guards give him extra health, damage, and armor.

When you start mount up and make your way to Galvangar, capturing the neutral GY on your way. Then go to Galvangar and kill him, he is kind of easy but requires about 5 guys. Once he is killed get out and go east towards Drek’Thar but make sure you capture/ destroy all of the GYs and Towers you pass. Once you get to the horde camp you have to go through a building which is up a slope to the west, however make sure that you don’t aggro any of the npcs befor Drek’Thar because they are a handful if you have to kill them on your way to Drek’Thar. There is a way to do this and basically all you do is not follow the path but instead the should be a little opening between a hut and the slope leading the the big building to the west, go up that way then avoid the npc by her hut on your way to the building which should just in front of you. Go through the building and destroy the towers past the little wooden wall. Then go south a little more past Drek’Thar’s Building and capture the GY. Make sure you CAPTURE this meaning that you have full control over it and it isn’t contested. Once this is done go in front of Drek’Thar’s building and establish you tank, dps, and healers. Then run in the build and kill Drek’Thar and his guards who give Drek’Thar extra health, armor, and damage. 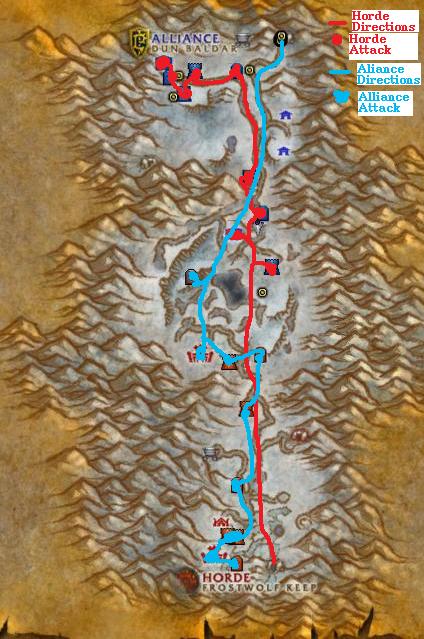 Those strategies, however, work best if the teams are even or you have the upper hand.

If you are overpowered by a lot. this goes for both factions so I won’t explain it twice ;).

Find the nearest GY and gather your team and wait for the opposing faction to come. When they do stay by the GY and fight, when you die either wait or if that was your first time dying just go to corpse, if it wasn’t then just wait by the spirit healer. Then jump back into the fight, if you ever see anyone trying to capture your GY just attack him/her once with any move you can spare, as this will stop the person from capturing it. Sadly, if you are very overpowered you will eventually get taken over and the GY will be captured by the opposing faction. If this doesn’t happen then very good! Continue fighting. If it does then just retreat towards the nearest controlled GY, and fight there. Once you get pushed back to your main boss, Alliance = Vanndar Stormpike, Horde = Drek’Thar, go inside the building and wait the there but also make sure the other faction does not capture the GY, however if the do then no worries just stay with your boss and fight there so it delays the loss as much as possible. that is basically the way to lose with pride :P.