Chapter three has arrived for the Revenge of the Jiyas series of articles, in which I speed test the WoW-Pro Leveling addon! Today we begin our journey in the tauren starting zone, Red Cloud Mesa, located in Mulgore. We follow Jiyacow, the mighty tauren warrior, as she sets out to make a name for herself.

Is that supposed to be a salute?
Note: The 1-5 starter zones are very quick, with levels flying by so quickly it’s hard to get an accurate measurement. Additionally, the pacing of some starting zones is vastly different than others. It will be nice to have a comparison of how long each takes, but not too much should be read into these tests. The higher level tests will be much more accurate and indicative of zone and guide quality.
Total /played at level 5.0: 20min
Red Cloud Mesa(1-5): 20min
5 min/lvl
Previous Chapters:

The run time for this zone was definitely shorter than the last two starters. Whether I’m just getting faster at setting up my UI or this zone is simply better designed, I’m not certain. It did seem pretty efficient, especially compared to the drugery of Valley of Trials. The quests weren’t as fun as those in the Echo Isles, but they weren’t awful, and setting pigs on fire was kinda cool. The flow was very nice, sending you in a circular pattern around the mesa rather than having you return to the central hub every time. 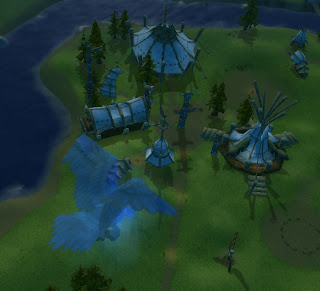 They added a very stylin’ and fast way to get to the next town, too!
For the most part, the guide was very well done for this zone. However I did find a couple issues. First, one of the quests didn’t show the quest tracking due to a spelling error. Second, the step where you hearth to Camp Narache and get your skills was both incorrectly coded so it did not auto-complete, and also should have been moved one step later to minimize running around. These issues are now fixed and will appear in the next update for the addon.

Overall I really enjoyed this starter. They kept a lot of the flavor of the original zone, but revamped it to improve flow and make quests more interesting. If only they had done the same for the Valley of Trials! 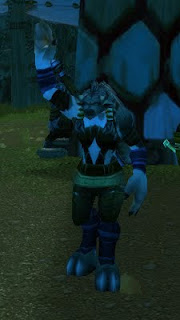 Bye now, brown cow!
I’ve updated the guide page for this section on WoW-Pro.com, and the changes will be included in the next addon update. I wouldn’t recommend trying to update the file on your own unless you are experienced working with addons. If you do decide to update early:
Next Up: Kezan!
Cliquez ici pour annuler la réponse.